LCR's Cal Crutchlow says Honda's 2020-specification MotoGP bike is "maybe even a little worse than last year" at turning after the second day of testing in Malaysia.

Crutchlow, who was the only Honda rider other than world champion Marc Marquez to achieve a podium on the 2019 bike, was one of the most vocal critics of last year's RC213V and its lack of cornering ability.

The LCR rider has had a busy test schedule, with three bikes at his disposal for the three-day outing at Sepang. After finishing Saturday 12th, Crutchlow said Honda has failed to improve the turning of the bike thus far.

Asked if he could see any light at the end of the tunnel with the issue, he replied: "At the moment no.

"We made more modifications last night to improve it, which was a good job by my team and by Honda because every night they've been here till midnight, 2am trying to build stuff that might work.

"So, for the moment, my front end feeling is maybe even a little worse than last year.

"Which is not so positive, but there are positive areas of the bike. The engine seems better than last year, which is always good." 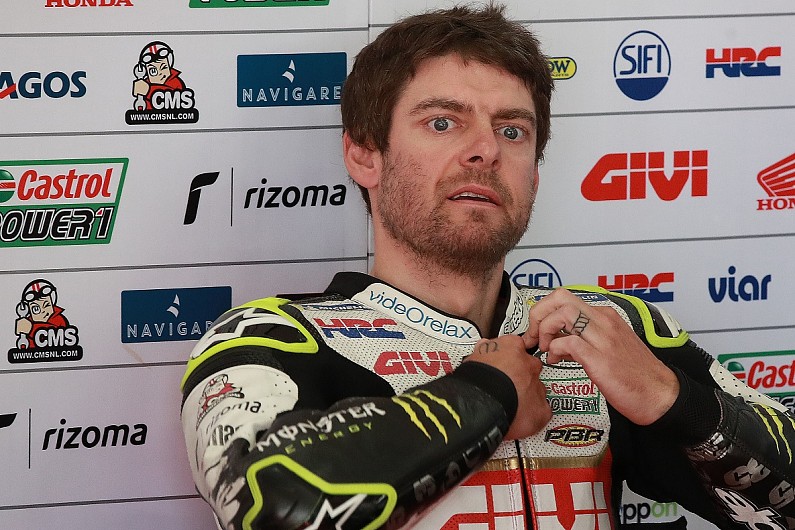 Elaborating on the Honda's turning issue, Crutchlow added: "At the moment we are still not making corner the way we need to make the corner to be competitive.

"We can't flow through the corners, we make the corner way too much like a 'V', which was always the Honda style but at the moment and with the Michelin tyres you can't do that.

"You have to make more corner speed and this bike doesn't allow us to do that.

"We need to improve that turning, that front end feeling to be able to do that."

Marquez also admitted the bike felt similar to last year, but the current focus of Honda is its engine as it knows it has to get it right before the freeze on development takes force after the Qatar test.

"[The] character of the bike is very similar to last year, it's just an evolution," he said.

"Now we are trying to work to understand first of all the tyres, because they change a little bit, then also on the engine side... we are concentrated more on the engine side because we know that in one month in Qatar, we can't change anything."