Marc Marquez's Moto2 title-winning brother Alex will make his MotoGP debut in 2020 as his team-mate at the works Honda team in place of the retired Jorge Lorenzo.

Triple MotoGP world champion Lorenzo announced his retirement on the Thursday of the Valencia Grand Prix, with speculation quickly swirling as to who would take his place.

Initially, it appeared as if Johann Zarco - whom Honda wanted for '19 and who showed promise on the year-old LCR Honda in the last three races - was favourite.

However, Alex Marquez soon became hotly tipped to take Lorenzo's seat, with Autosport revealing on Saturday that a deal was close to being signed.

Ahead of Tuesday's first pre-season test of '20, HRC has confirmed it will field an all-Marquez line-up next year - a first in MotoGP history.

The younger Marquez made his full-time grand prix debut in Moto3 in '12, and won the class two years later after a season-long duel with Jack Miller.

He stepped up to Moto2 in '15 with Marc VDS, though struggled in his first two seasons before securing a breakthrough victory in '17. 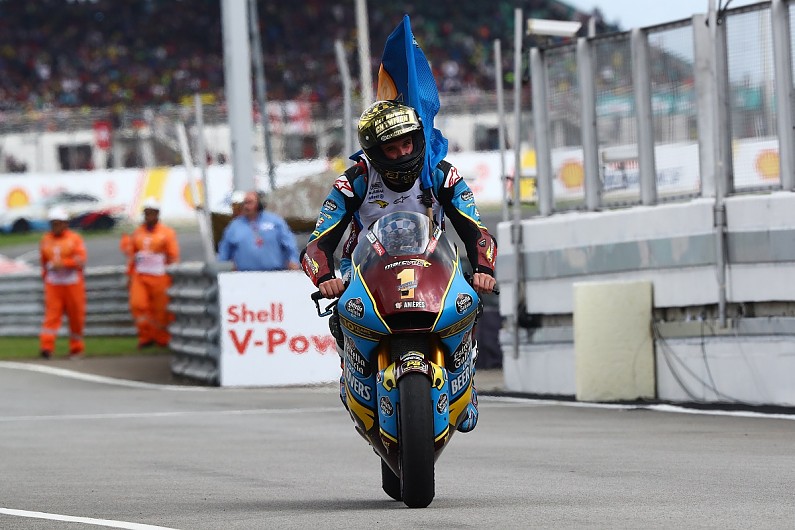 He won this year's Moto2 crown with a race to spare in Malaysia, and was set to remain in the class with the Belgian outfit before the Honda MotoGP opportunity came along.

Marquez has been signed for an initial one-year deal.

Zarco has been linked to the vacant Marc VDS ride, having publicly shunned a rumoured place at the Avintia Ducati team, which he branded as "not a top team".

However, as Autosport reported on Monday, this deal now looks closer to happening after a meeting between Ducati and Avintia bosses and Zarco.

It is unclear what team Alex will test for on Tuesday, with some paddock ruomours suggesting he will ride in place of Takaaki Nakagami at LCR.

Honda boss Alberto Puig has confirmed he will ride the 2019 bike.