Lecuona has been signed by Tech3 after just three full years in the Moto2 world championship to take over the KTM originally earmarked for Brad Binder, who will now take the place of Johann Zarco at the works KTM squad.

Petronas SRT rookie Quartararo has scored six podiums and four pole positions across a surprising campaign, given he had just one Moto2 win to his name last season before his MotoGP move.

Speaking to motogp.com about the move, Poncharal admits he does not expect Lecuona to have a similar season to Quartararo's next year, but that he has "a good feeling" about his new rider.

"Everybody remembers the race in Thailand a few weeks ago, where he was fighting with Brad Binder like a luchador.

"This is what we need, this is what we like and we are not a junior team, but we are a team who is taking a young rider to discover the MotoGP class.

"So Iker fits completely well and, if you look now at the 2019 season, what is the main [talking] point?

"The main point is Fabio Quartararo. This is the big surprise. One year ago a lot of people were asking themselves was it too early, was it the right decision? 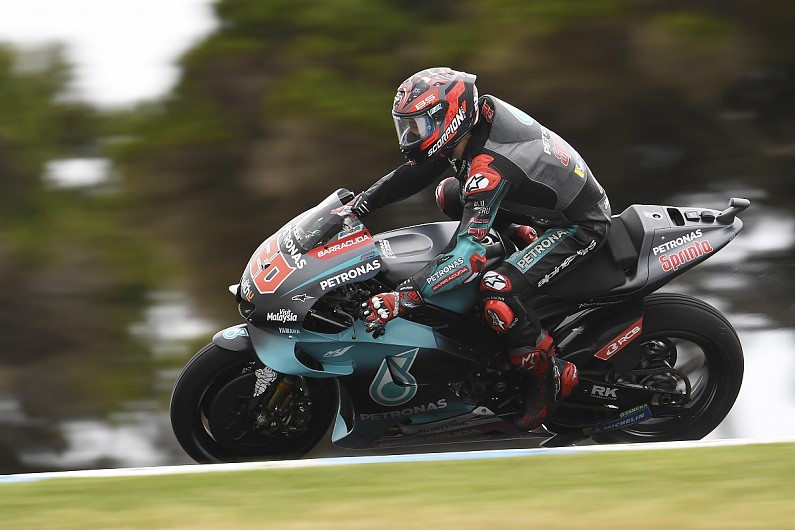 "Now I think the team and Yamaha think 'thank God, we took the right decision.

"So I'm not saying Iker is going to do what Fabio is doing, but I have a good feeling, and we need to look at young riders, we need to prepare the future.

"I just love Iker; the way he rides, the way he is. This is the man we need."

Lecuona made his circuit racing debut in 2016 in the CEV Moto2 class, and has two podiums to his credit in his three years in grand prix racing.

Despite having a deal for Moto2 in 2020 with Ajo Motorsport, Lecuona says it only took him "five minutes" to agree to Tech3 and KTM's offer.

"I had the option of going to MotoGP and logically I said yes," Lecuona stated. "It didn't take me 10 hours, [it took] five minutes to say yes. I had a contract with Ajo and I was very happy. It disrupted everything.

"I've been [racing on short circuits] for four years. No one has made such a jump.

"I know that you have to be lucky to get where I am and that all the stars line up, so when a person looks for someone you are there.

"But it's also true that I've worked hard. I know that next year if I was in Moto2 I can fight for the world championship.

"That was one of the reasons why I said yes to going to MotoGP. When you're ahead, winning it or not, you're very prepared."