Danilo Petrucci says he now knows what areas to work on to overturn his recent MotoGP results slump, after calling a meeting with Ducati staff after the Aragon race.

Petrucci enjoyed a strong first half of the campaign, securing his maiden win at Mugello as well as two third-place finishes either side of that in France and in Barcelona.

However, since the summer break he has failed to crack the top five, and struggled to a lowly 12th at Aragon while Ducati stablemates Andrea Dovizioso and Pramac's Jack Miller completed the podium.

Petrucci has previously complained of his weight being a disadvantage, and called a meeting after Aragon with Ducati staff to find ways of adapting his riding style to better suit the Desmosedici.

"The last few races have been really, really tough," Petrucci said when asked by Autosport about his recent slump on Thursday in Thailand.

"But the last week we had a very good meeting within Ducati and now I know better the areas to work.

"For sure it will not be easy because my riding style predicts other things. But I need to adapt this, because sometimes the condition of the track, the temperature, the tyres cannot be useful for my riding style.

"So, I just need to adapt myself. But now that I have the situation clearer, I am more happy and more relaxed about this race." 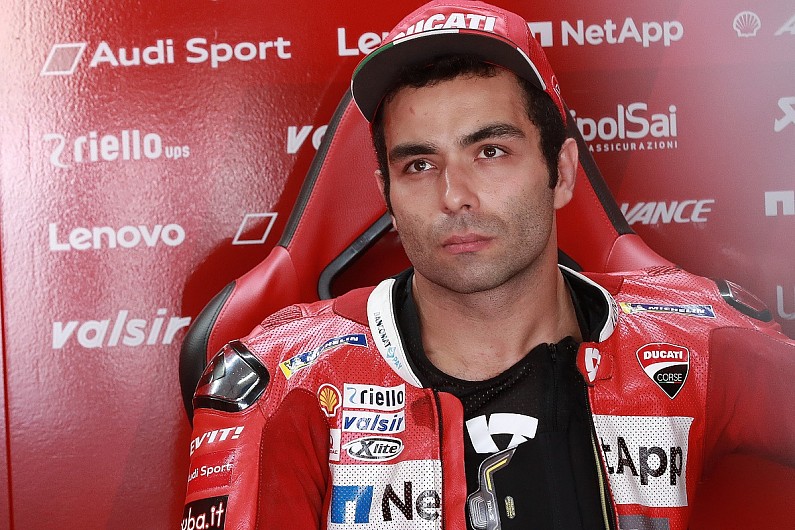 He added: "My riding style is very, very good when there is a lot of traction, when I can stop the bike good and just when I can do what I want with the bike.

"But when I have to change it, I really don't know where I have to work. So, I start to work in other areas that don't make any results.

"For example, in Aragon I started to do very different things on the bike but the laptime was always the same."

Petrucci admits he was "not really happy" about calling the meeting, but was buoyed by the confidence the team instilled in him during it.

"So, it was very useful, and I was happy to be there even if I was not really happy on the other hand because I had to call this [meeting].

"But, on the other hand I was happy because all the people in the factory said 'ok, we are struggling but you are doing really good and you for sure solved the problem', and I was happy to see all these people very confident on me."