Marquez led almost the entirety of the session, but a late flyer from Dovizioso on soft tyres relegated the Honda rider to second place as Marquez had elected to stick with the medium compound instead.

Marquez had set the initial pace on the opening run of the session, ending up on a 1m24.338s time that left him five tenths clear of nearest rival Jack Miller.

The Honda rider set that effort by following Maverick Vinales and Marquez ultimately overtook the Yamaha rider only to then run through the gravel after getting his braking wrong at the Turn 4 right-hander.

Late into his second run, Marquez improved to a 1m24.218s and retained a big advantage over the chasing pack until the final minutes, when Dovizioso lapped within half a tenth of his benchmark.

As the chequered flag flew, Dovizioso fired in a 1m24.033s lap to snatch the FP1 leading time from Marquez.

Vinales ended up third, a quarter of a second down on Dovizioso. 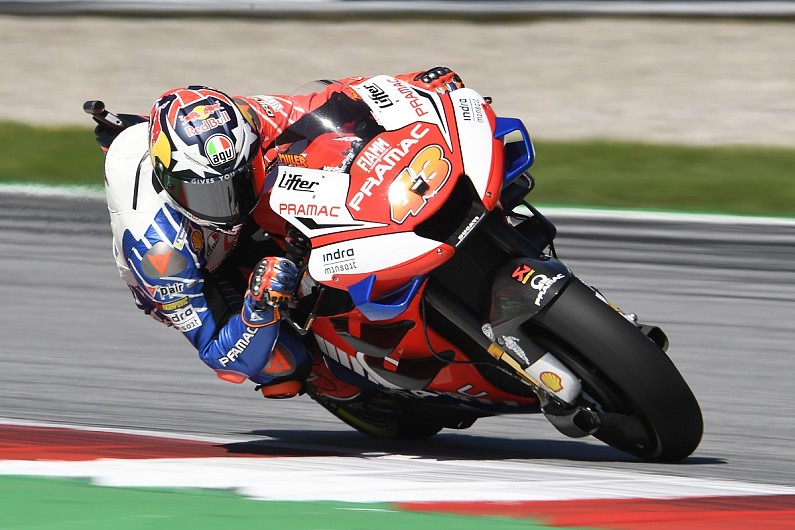 Pramac Ducati rider Jack Miller - who is currently at the centre of an emerging 2020 rider market saga that involves the injured Jorge Lorenzo - snatched fourth place at the end.

Valentino Rossi was fifth on the second of the Yamahas, edging out the satellite Petronas bike of Fabio Quartararo by 0.002s.

Oliveira's team-mate Hafizh Syahrin was the only rider to crash during the session, suffering a near-highside at the penultimate corner and taking a hit to the abdomen.

He received assistance on-site and was taken to the medical centre for a check-up.