Honda MotoGP rider Jorge Lorenzo has avoided a penalty for causing the crash that took three other riders out of the Catalan Grand Prix on Sunday.

Lorenzo lost control of his bike when trying to overtake Yamaha's Maverick Vinales for third place at the inside of the sharp Turn 10 left-hander on the second lap.

After hitting the ground, Lorenzo's bike collected Vinales in the braking zone, as well as the Ducati of Andrea Dovizioso, and later the arriving Valentino Rossi, with all four riders taken out of the race as a result.

Lorenzo's Honda team-mate Marc Marquez went on to dominate the race, and claimed afterwards that Lorenzo did not deserve a penalty and was not "out of control", with another Honda rider Cal Crutchlow saying the same.

Both Vinales and Dovizioso believed Lorenzo's mistake warranted sanction, with the former suggesting a drop to the back of the grid for the next race at Assen.

But after reviewing the footage of the incident, the FIM stewards - led by chairman Freddie Spencer, a double 500cc champion - ultimately decided to take no further action against Lorenzo.

The crash leaves Lorenzo 15th in the 2019 championship on 19 points, but team-mate Marquez now has a commanding 37-point lead over Dovizioso in the title race.

Lorenzo said that he apologised to Dovizioso after the race, and that the Italian - who was partnered with Lorenzo at Ducati in 2017-2018 - accepted the apology.

When asked about this, Dovizioso said: "Accept, not accept, it doesn't change anything - so I think it's intelligent to say 'OK'.

"It was good he came to the box [to apologise], but it didn't change anything." 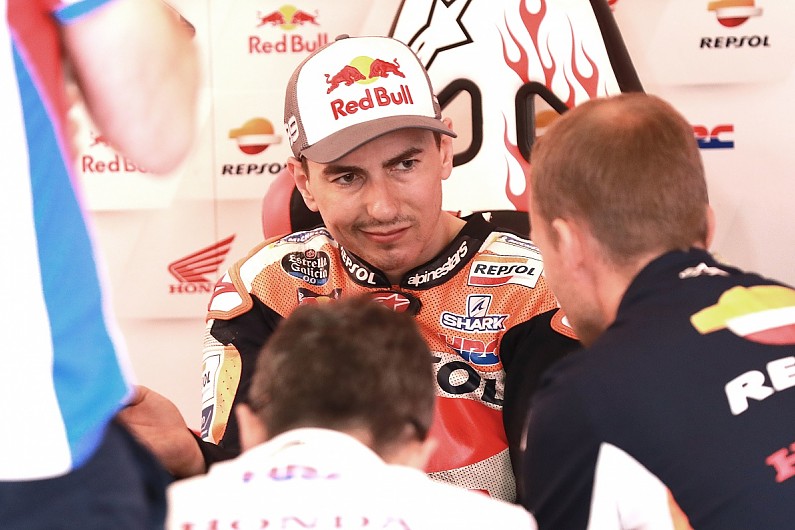