On Friday the FIM Court of Appeals will rule on the legality of Ducati's controversial rear winglet. And, whatever is decided, relations between MotoGP's manufacturers will be strained, writes Oriol Puigdemont.

As is always the case in this kind of situation, the conflict that has cast doubt on Andrea Dovizioso's Qatar Grand Prix victory has two possible interpretations.

Aprilia, Suzuki, Honda and KTM believe that Ducati's move to get approval for the use of the winglet in question goes against the spirit of the resolution achieved last year at the Grand Prix Commission, which was to reduce the scale of investment being made in aerodynamics.

But any intention of preventing costs from spiralling out of control must be reflected by the rules, which set specific limits and can be applied without having to start windtunnel testing of different bikes.

The 2019 FIM technical regulations ban "devices or shapes protruding from the fairing or bodywork and not integrated in the body streamlining (eg. wings, fins, bulges, etc.) that may provide an aerodynamic effect (e.g. providing downforce, disrupting aerodynamic wake, etc.)", but this did not prevent Ducati's general manager Gigi Dall'Igna from finding a loophole.

Dall'Igna and his colleagues are used to challenging conventional wisdom when it comes to technical matters in MotoGP.

In their view, if there is not an empiric way to demonstrate the legality of the winglet in the regulations, the complaint lodged in Qatar is unjustified.

The confrontation between Ducati and the four factories that protested its Qatar win could mark a turning point in relations between the manufacturers that make up the MSMA, the association that links them and that in 2018 named Ducati CEO Claudio Domenicali its president.

Ducati thinks that the Qatar complaint and the subsequent appeal mean a change of paradigm regarding the resolution of technical issues, which up to now have always been debated behind closed doors within the MSMA.

"We are quite puzzled," Dall'Igna said in an interview with MotoGP.com. "Before Qatar, all discussions regarding the regulations (and we have had many) had always been solved at the heart of the MSMA through the organisation itself and with the technical director.

"This is the first time some teams decide to lodge a complaint against another one due to a technical question. This makes the difference clear, in comparison to the past, [it is] a negative difference." 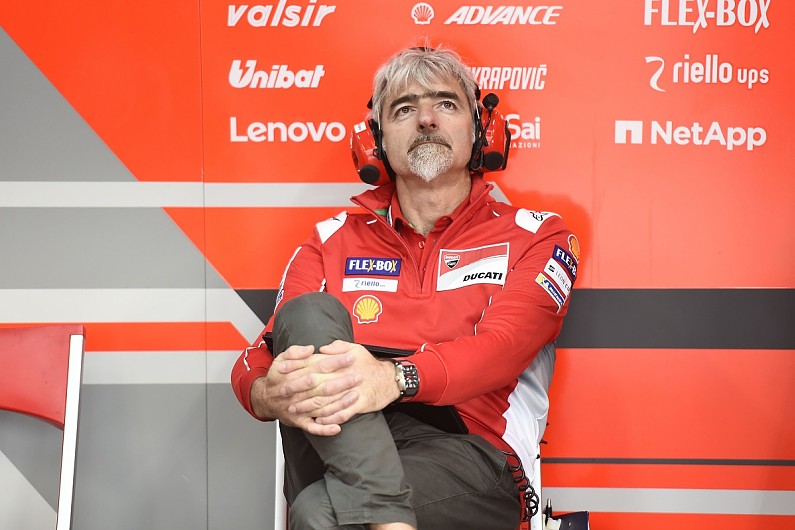 On Tuesday, the deadline passed for each party involved in the appeal to give relevant information (technical dossiers, media articles and other material) to defend their position.

The hearing itself will take place on Friday at the FIM's headquarters in Mies, on the outskirts of Geneva, Switzerland.

It is scheduled to begin at 11am local time and will probably end up taking up most of the day.

It will not come as a surprise to learn that Ducati will send Dall'Igna himself to defend the legality of the winglet, and the Italian will be arguing his case in front of three FIM-affiliated lawyers.

Representing the other side of the argument will be new Aprilia Racing CEO Massimo Rivola, the main driving force behind the Qatar protest.

Also present is Honda team boss Alberto Puig, his Suzuki counterpart Davide Brivio, and two members of the KTM fold in team manager Mike Leitner and Winfried Kerschhaggi, who is one of the Austrian marque's senior bosses.

Although there is a chance that the verdict will come on Friday, that is not certain, but the final judgement will be known before the start of track action in Argentina next weekend. 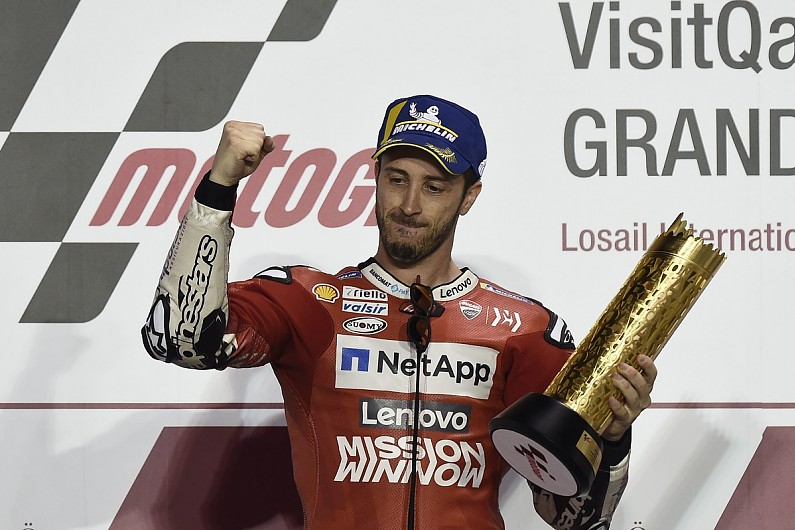 The most logical outcome would be that Dovizioso would keep his victory, otherwise it would leave MotoGP technical director Danny Aldridge - the one that gave Ducati the green light to run its winglet in Qatar - completely exposed.

It would not be a surprise to see a proposal coming out of Geneva to change MotoGP's technical regulations regarding aerodynamics that could be applied as early as this season if it is approved by the Grand Prix Commission.

In any case, the 'losing' party would have the option of appealing to the Court of Arbitration for Sport (CAS) as a last resort.