Stoner, who won MotoGP titles for both Ducati and Honda prior to his retirement from motorcycle racing in 2012, has performed testing duties for the Italian manufacturer since '16.

Ahead of this year's season finale in Valencia, Ducati confirmed that it would be splitting with Stoner, which led to speculation over whether he could return to Honda's fold.

Marquez has played down those suggestions, making it clear that he was content with the job being done by current tester and his former Moto2 title rival Bradl.

"Of course Casey has an incredible talent, but of course if you want to be a test rider you need to test many many days during a season, you need to be able [to test] when the factory wants you," Marquez said.

"This was not the case [at Ducati] - or [that's] what I heard. "Now we have a very good test rider, that is Stefan Bradl, so I would like to keep him."

Ducati employed Michele Pirro as a test rider alongside Stoner, with the Italian carrying out the brunt of regular test work and Stoner making only intermittent appearances.

Stoner was sidelined for much of 2018 after undergoing shoulder surgery. 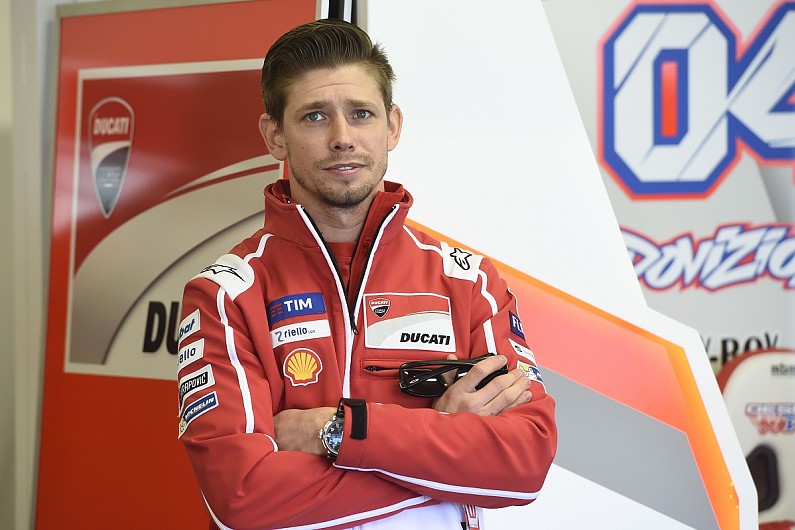 Back in September, the two-time MotoGP champion admitted to his frustration with his role at Ducati as he suggested the manufacturer didn't "use the data and the feedback that I give them".

In line with Marquez's statements, it is understood that Honda - which will add current Ducati rider Jorge Lorenzo to its line-up next year - is satisfied with Bradl's work and is currently unlikely to make a move for Stoner.

But team principal Alberto Puig left the door open to the possibility of a reunion between the rider and the manufacturer when asked about it in Valencia.

"You know, Casey was in the past a Honda test rider, also he was Honda world champion. We have a very good relation and memory of him," Puig said.

"But for now we have Stefan, we are happy with him, but of course we are always open to see and investigate the possibilities.

"For now we have Stefan, it [hiring Stoner] is something that we did not consider, at this moment no, but [Honda is] always open for it."