Romano Fenati's actions during the Moto2 race at Misano warranted a lifetime ban, according to MotoGP rider Cal Crutchlow.

Fenati, who rides for the Marinelli Snipers team, was black-flagged for grabbing rival Stefano Manzi's brake lever on the back straight, shortly after Manzi had run him off the track in a botched overtaking move.

"I think he should never race a motorcycle again," Crutchlow said of Fenati.

"When he walked back to the garage, the team should have just kicked him straight out the back.

"You can't do this to another motorcycle racer. We are risking our lives enough. Sure, maybe there was contact before, but there is contact all the time.

"To grab the brake lever on the straight, he deserves to be kicked straight out."

The stewards handed Fenati a two-race ban, and Crutchlow said he was hoping the team would take matters into its own hands.

"You can't ride along the straight and grab someone's brake lever. If he would've held it for one split second longer, Manzi would've crashed in the straight.

"I heard they're giving him a two-race penalty... but hopefully he just gets banned by his team. If his team keep him, they're absolutely stupid." 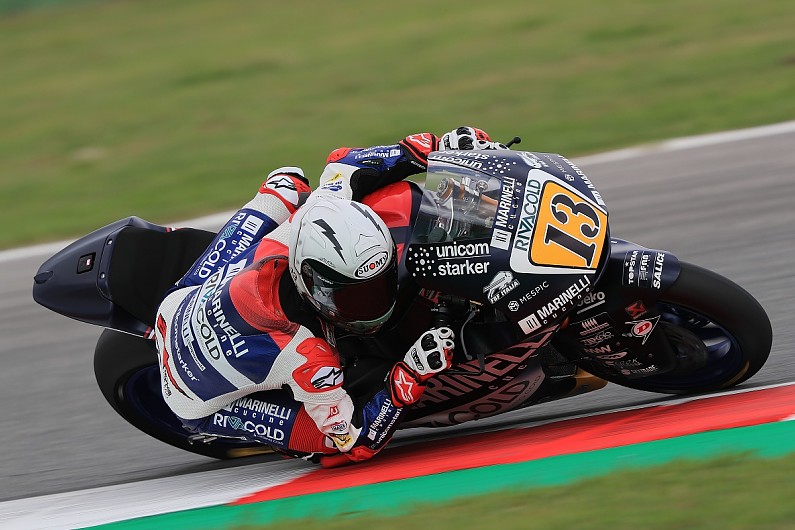 Aleix Espargaro also said he could not comprehend Fenati's actions and reckoned the Italian should be sitting out the rest of the season.

Espargaro's brother Pol was likewise critical, saying that he felt "shame" seeing the incident and that he wanted to apologise on behalf of all grand prix riders.

Of the penalty, he said: "There is no punishment in one or two races. A professional rider cannot do something like that.

"Someone who does that is not a professional rider."

"What Romano has done is terrible, but Manzi is a very aggressive rider, almost reckless," Lorenzo said.

"I'm sure he has done multiple actions during the the race until reaching this point.

"I think that the penalty is correct and Fenati will understand that this kind of thing should not be done."

Manzi's team Forward Racing has already signed Fenati for the 2019 Moto2 season, while Manzi himself is in contention to remain at the outfit.

However, Manzi hinted that he was not keen on having Fenati as his teammate - and said that talks involving the team and the riders were planned for next week.

"It was very strange for me, obviously it is not motorsport," Manzi said.

"I don't know what he was thinking in this moment."