The pair, who are both heading to MotoGP next year with Tech3 and Aprilia respectively, came together while fighting for second in the British round.

Lowes had topped every session on home soil, including taking pole position on Saturday by 0.399 seconds.

Zarco got the lead off the line before Lowes moved into the front, but he was passed by Thomas Luthi and then Zarco on lap eight of 18, before regrouping.

He was challenging Zarco with six laps to go when the pair clashed at Brooklands, Zarco crossing the line sixth and Lowes in 22nd.

Stewards investigated the incident, deeming Zarco at fault for "irresponsible riding" and handing the French rider a 30s penalty, which dropped him to 22nd, elevating Lowes one place. 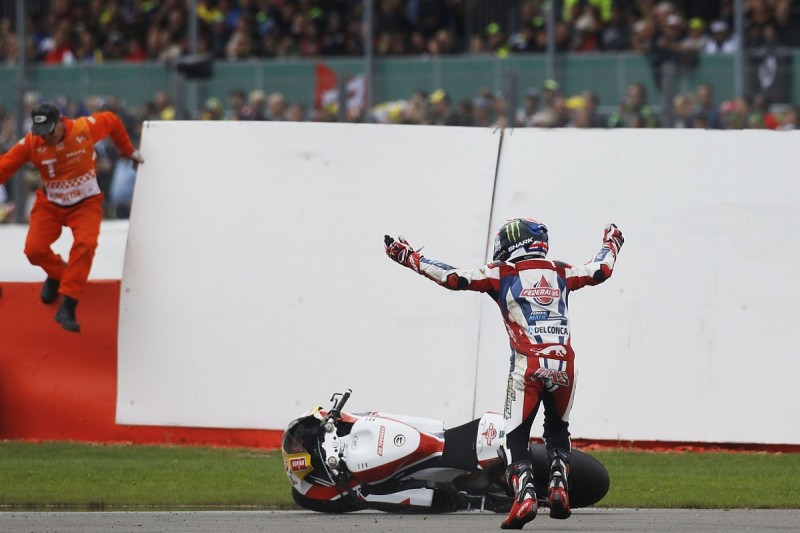 "If I can't have any points he doesn't deserve any. What did I do wrong?" Lowes said.

"I'm very disappointed. He didn't need to do that move.

"I tried to pick the bike up when I saw what he was doing but he was already down.

"The last two races I've been the strongest guy, and today I believe that 100% in my head that I could've won the race.

Zarco leads the championship by 10 points over Alex Rins, who finished seventh as he recovers from a collarbone injury sustained between rounds, while Lowes is 44 behind with six grands prix left.

"I said before this weekend that if I don't win here I can't be world champion, the fact that he didn't get any points is a bright light at the end but..." said Lowes.

"He's a strange person. You can't do that.

"I hope that Rins beats him to the championship. I'm too far behind."

BINDER STRETCHES FURTHER AHEAD IN MOTO3

Brad Binder moved 86 points clear at the top of the Moto3 standings with his fourth victory of 2016 at Silverstone.

Binder secured his first win since the Mugello round in June with a double-pass on Mahindra's Francesco Bagnaia and factory KTM team-mate Bo Bendsneyder - who finished second and third - down Hangar Straight on the final lap. 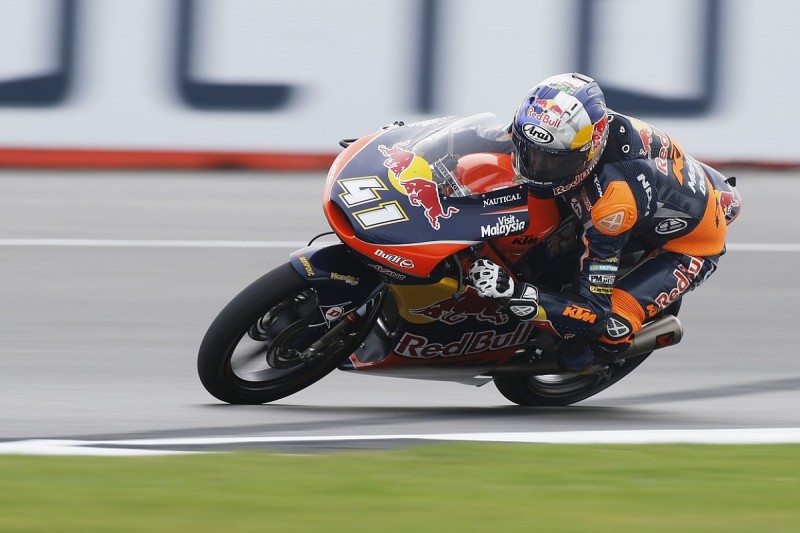