© 2021 Motorsport Network. All rights reserved.
TV Buy tickets Store
Previous / KTM to step up to Moto2 as well as MotoGP for 2017 Next / Danny Kent gets new bike for 2017 Moto2 season with Leopard
Moto2 / News

Sam Lowes believes he is now back in with a shot at winning the Moto2 title, after taking his second win of the season at Aragon 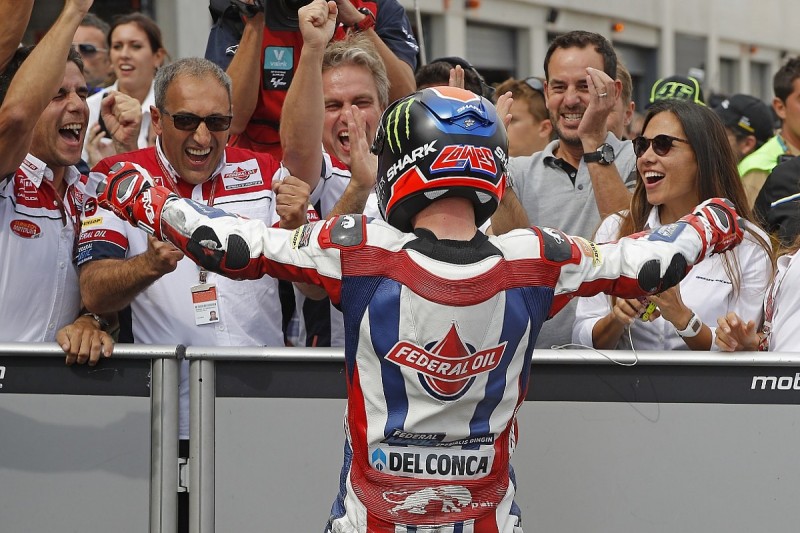 The British rider left three events as the championship leader earlier this year, but headed to Aragon third in the standings, 53 points behind reigning champion Johann Zarco.

Lowes' hopes had been hit by a run of scoring 16 points in five races, which included a string of falls and his Silverstone clash with Zarco.

But in converting pole to a commanding victory on Sunday, he closed that margin back to 40 points with four races remaining.

"Everything is possible," Lowes said.

"I was really confident for the race. I was trying to get to the front as soon as possible and once I had a bit of a gap I just tried to relax and the pace was quite easy for me, which makes a nice change after the last few races.

"We've had a lot of problems in the last few races and we're 40 points behind.

"If you look at even the Silverstone race and the points [lost] from that race it wouldn't be too bad.

"I've made too many mistakes this year to be in a better position, I can accept that, but I won't give up." 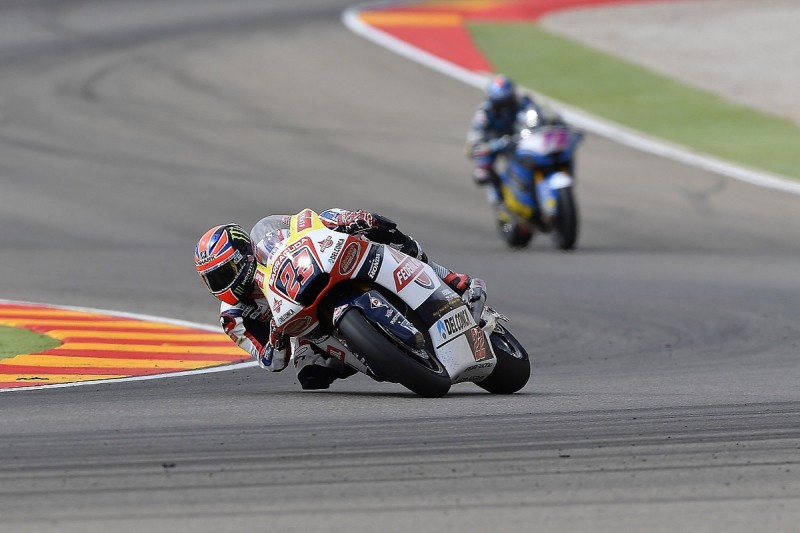 Zarco finished eighth at Aragon, two spots behind Alex Rins, who closed to within one point of the championship leader.

The first of the three flyaway races will be held at Motegi on October 14-16, ahead of the Valencia season finale in November.

"I feel good on the bike and I'll take this confidence to Japan," Lowes added.

"I've only been there the two years in Moto2. Last year I was quite strong in the dry conditions, but in the [wet] race it was so-so.

"I feel in a really good position, if I can get there and fight for a victory again, that will be the goal.

"[There are] some good tracks coming up for me, and I had a good test at Valencia last week.

"We'll just keep trying and do our best and have lots of fun."

Lowes with Aprilia, Zarco and Jonas Folger with Tech3 Yamaha and Rins with Suzuki will all step up to MotoGP in 2017.

Danny Kent gets new bike for 2017 Moto2 season with Leopard