Fernandez fractured his right wrist prior to last week’s Aragon GP, but has taken a maximum of 50 points from both events despite this, after holding firm at Misano to keep his title hopes alive.

Fernandez converted pole to the holeshot from Sam Lowes and Marco Bezzecchi at the start of the 25-lap race, though would succumb to Lowes’ advances into the Tramonto right-hander later in the lap.

Aspar rider Aron Canet found a way through on Fernandez at the Carro hairpin on lap four to begin the chase on race leader Lowes, whose advantage at the front had grown to six tenths.

Canet chipped away at the Marc VDS rider’s lead over the new few tours and capitalised on an error for Lowes at Carro to take the lead on the eighth lap.

Fernandez then punished Lowes further by demoting him to third at the first corner, while the sister Ajo Kalex of Remy Gardner began to close in on the leaders in fourth.

But Fernandez launched his Ajo Kalex up the inside of Canet into Turn 1 at the start of the next tour to retake the lead, as Lowes dropped behind Gardner at the same section of track two laps later.

Now in clear air, Fernandez upped his pace and tested the chasing Canet, with the Aspar rider unable to go with the Ajo rider.

With three laps to go Fernandez’s lead grew to over seven tenths, while Gardner scythed through on Canet on the inside of Turn 2 to move into second.

Gardner was able to break Canet’s resolve and slashed into team-mate Fernandez’s lead, the gap standing at just four tenths after the first sector of the final lap. 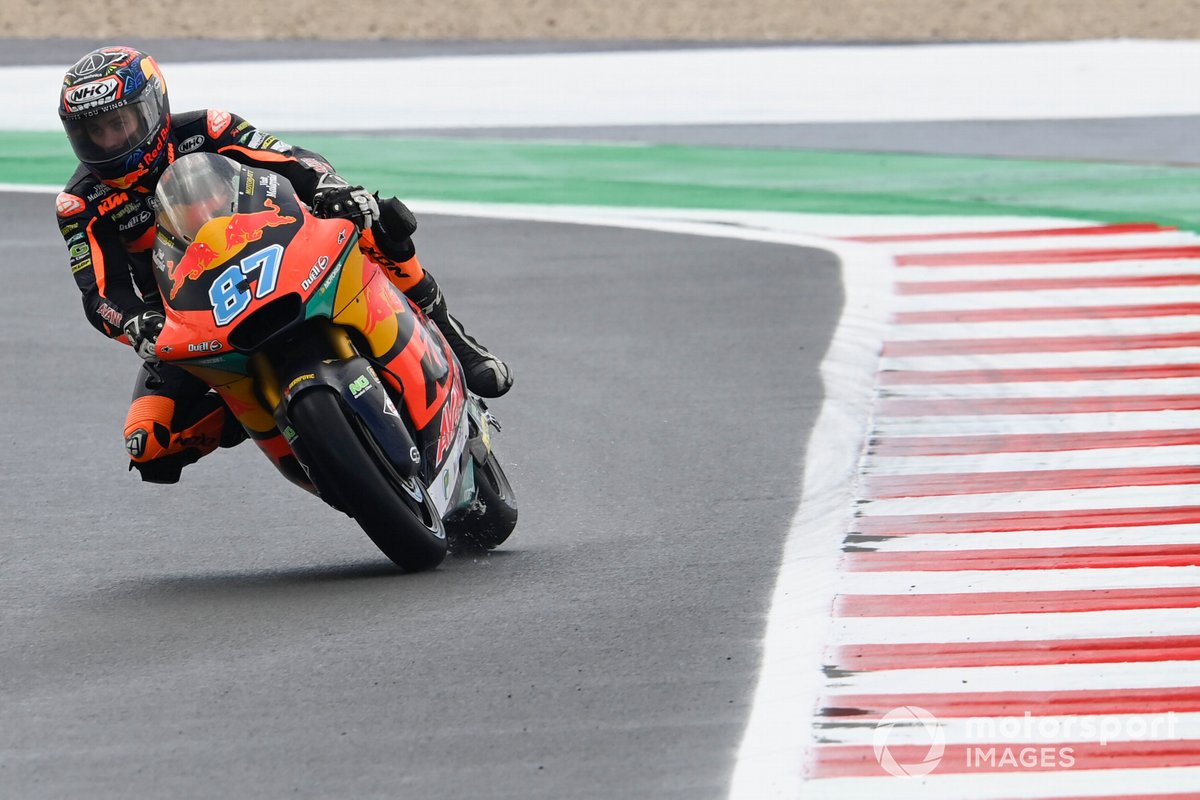 The Australian continued to close in on Fernandez through sectors two and three, but a big moment going through the fast Curvone right-hander put paid to Gardner’s victory hopes, leaving Fernandez to claim his sixth win of the campaign.

Gardner held onto second ahead of Canet, while Lowes dropped off the podium battle in the latter stages in fourth.

Marco Bezzecchi’s championship charge looks all but over now after the VR46 rider ended his home race fifth, his gap in the standings now 82 points.

Raul Fernandez has taken another five points out of team-mate Gardner to get his championship disadvantage down to 34 points with four races remaining.