Breakout rookie Fernandez led all 18 laps of Sunday’s Moto2 race at the Circuit of the Americas and is now just nine points from the championship lead, after Gardner fell on lap six while trying to chase down the Spaniard.

Home hero Cameron Beaubier briefly snatched the lead from a season-best fifth on the grid, but ran wide at the opening corner and allowed Fernandez and Gardner through.

Beaubier, Gresini’s Fabio Di Giannantonio and Gardner began to engage over second spot, which gifted Fernandez a lead of a second by the second tour.

That advantage began to swell as that trio – soon joined by VR46 rider Marco Bezzecchi – battled hard over second.

Gardner eventually found a way through into second on lap four and quickly pulled away from the pack behind as he set about hunting down his Ajo team-mate.

But Gardner blew open the championship battle with Fernandez when he crashed at Turn 15 on the sixth tour – surrendering a comfortable points advantage of 34 coming into Austin race.

The Australian’s tumble allowed Fernandez to open up a lead of over two seconds at the front of the field, with Di Giannantonio now the one chasing him down. 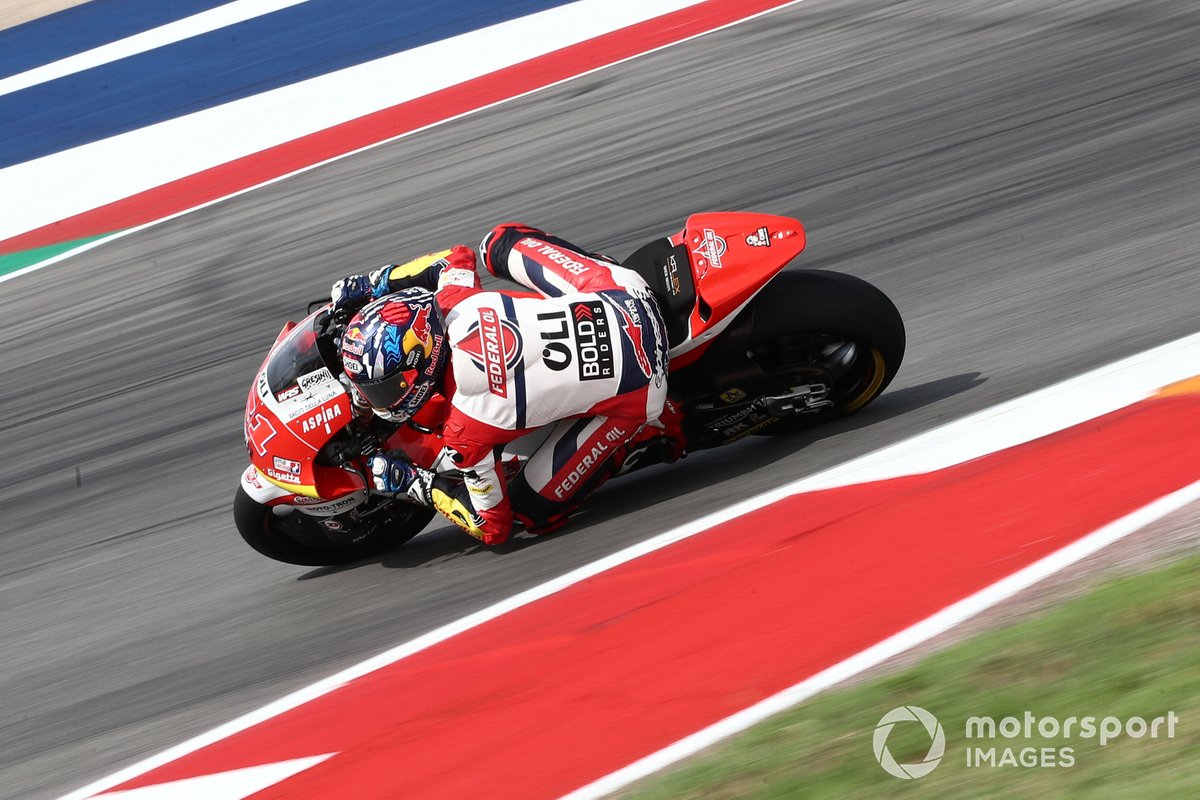 While the gap at the front would come down to 1.5s at one stage as the race moved into its second half, Fernandez responded in the latter stages to grew that again to over two seconds.

Fernandez’s rhythm settled across the final tours, and he eased to the chequered flag to claim his seventh win of the season and third in succession.

That tally of seven wins equals that of Marc Marquez from his rookie Moto2 season back in 2011.

Di Giannantonio claimed a comfortable second, the Gresini rider marking his first podium since he was victorious at Jerez back in May.

Bezzecchi rounded out the podium in third, with Augusto Fernandez the sole Marc VDS Kalex at the finish in fourth after team-mate Sam Lowes retired with an electrical issues.