The Tech 3 motorcycle racing team will follow its partner KTM in leaving the Moto2 class in 2020, and will instead set up a two-bike Moto3 operation.

KTM announced its decision to withdraw from bike racing's intermediate class on Sunday during the Austrian Grand Prix weekend, having supplied nine entries in the category during the 2019 campaign.

Tech 3, which became KTM's satellite outfit in MotoGP this year, had joined the intermediate class in 2010, its first season under the Moto2 guise, and ran a pair of self-developed Tech 3 Mistral 610 machines.

But following its tie-in with the Austrian manufacturer, it switched to fielding KTM bikes for Marco Bezzecchi and Philipp Oettl in what has now been confirmed as the French team's final season in Moto2.

Tech 3 will now partner KTM in the lightweight class instead, where it will field two entries starting from 2020. 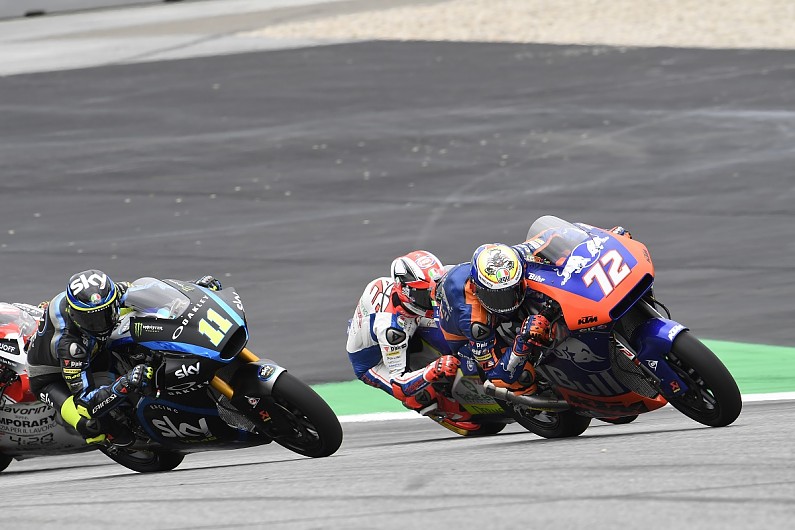 "I completely understand and support the decision of KTM to withdraw from the Moto2 class as a manufacturer and focus their efforts on Moto3 and MotoGP," team boss Herve Poncharal said.

"Therefore, it is an honor to carry the Red Bull KTM flag to the ultra-competitive Moto3 class, which Tech3 has never entered before.

"Together with KTM, we aim to see our partnership growing and discovering a new category as well as helping young talents, that will be the future of Moto3 racing on top level.

"So, now we need to rearrange in 2020 and the main mission is to find and convince the riders that have the profile to understand and match our program. So, the upcoming days will be very busy."

The KTM fleet has largely struggled in Moto2 in 2019 following the category's switch to a new Triumph engine package, and Tech 3's two riders were no exception - with Bezzecchi currently only on 10 points and fellow rookie Oettl yet to score any.

Former Moto3 title contender Bezzecchi was on a two-year deal with the outfit, but neither he, nor Oettl were certain to continue with Tech 3 in 2020, and the team had offered a ride to its MotoGP outcast Hafizh Syahrin.