What could have been: A Williams F1 tester's Le Mans near-misses

Many drivers enjoy brief flirtations with Le Mans before electing to focus their attentions other things. But for Max Wilson, two opportunities to get onto the start grid came and went - one less intentional than the other - before he began a unique journey that took him Indycar racing and then on to V8 Supercars

The Le Mans 24 Hours is widely considered, and rightly so, to be a bucket list event that racers all over the world aspire to enter. But for every driver that gets to thrash around its 8.46 miles of hallowed tarmac in the dead of night, there are many more who miss the boat. For former Williams tester Max Wilson, that ship sailed twice.

Brazilian Wilson was hot property after a remarkable cameo in his home round of the International Touring Car Championship at Interlagos in 1996, when the German Formula 3 championship regular stunned onlookers by charging through to lead on his tin-top debut before ceding to Alfa Romeo team-mate Nicola Larini.

He was duly offered a chance to join Porsche’s FIA GT roster for 1997, but turned down his chance of representing the Weissach marque at Le Mans.

In this he was vindicated, as the 911 GT1 largely struggled against the new Mercedes and a renewed effort from the BMW-powered McLarens, although Allan McNish, Laurent Aiello and Stephane Ortelli did win Le Mans in 1998 when the awesome Toyota GT-One suffered a late retirement.

Wilson meanwhile earned a Williams testing berth after a strong 1997 F3000 rookie season and was in line to achieve his F1 dream with Minardi for 2000, despite somehow failing to win a race in the feeder category. But the drive fell through in February when the team’s main backer Telefonica requested that an Argentinian driver be signed, resulting in the underwhelming Gaston Mazzacane arriving in his place.

Having already turned down several attractive F3000 options in the belief he had an F1 deal sorted, Wilson was left with nothing and acknowledges that he was “fortunate that after that, I kept going with my career”. 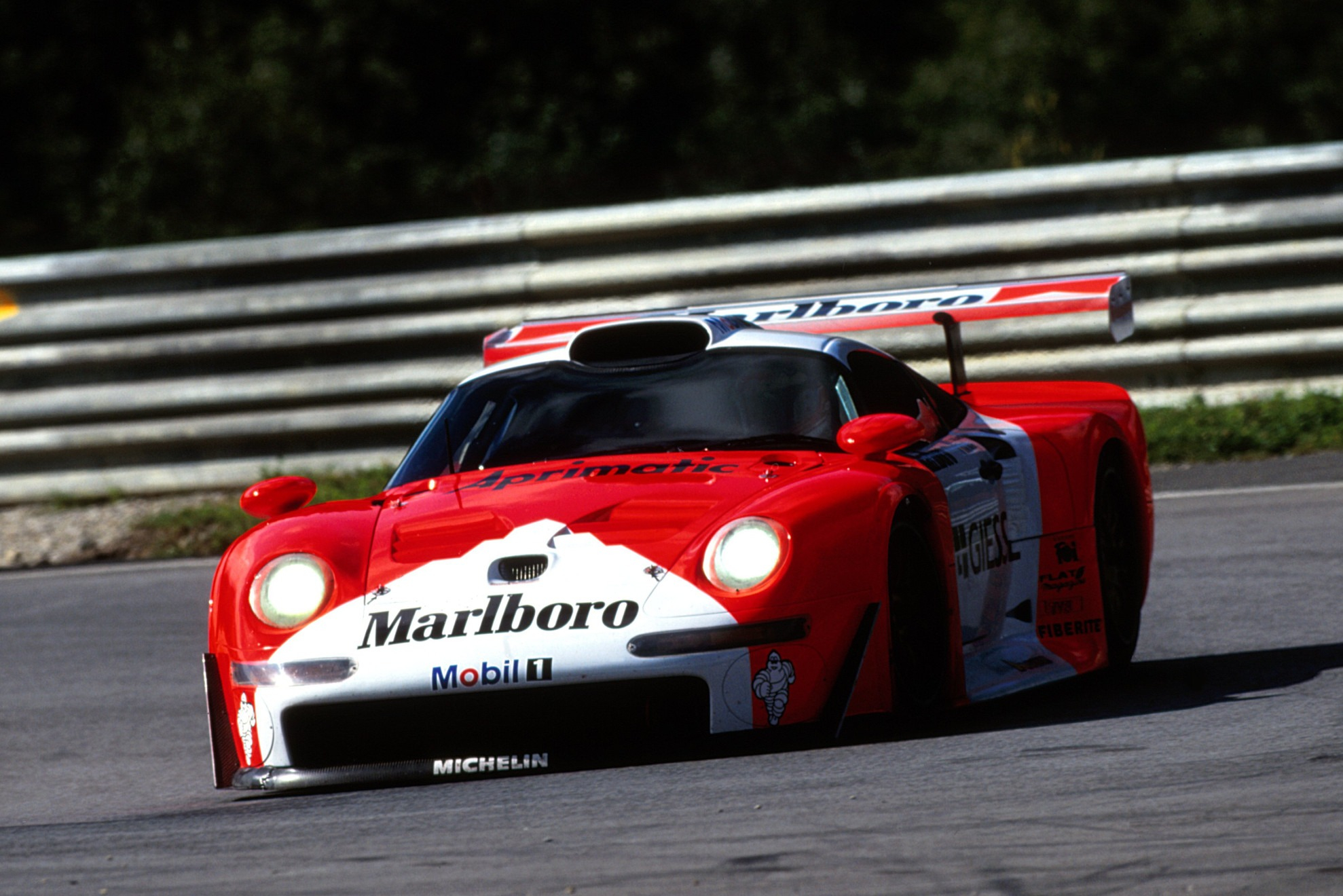 The arrival of Mercedes moved the goalposts in the FIA GT championship, and Porsche failed to win a race in 1997-98

His luck appeared to turn when engineer Bryan Ireland - who had run his Edenbridge F3000 team-mate Werner Lupberger in 1997-98 - invited him to try out the Ascari A410, with a second crack at Le Mans seemingly in the offing.

"When we were testing at Le Mans or Jarama or any other track, a lot of times we had to finish early because of the gearbox" Max Wilson

Developed out of the Banbury workshop that today houses the Haas F1 team, Klaas Zwart’s Judd V10-powered LMP900 prototype certainly looked the part. It was based on the Lola T92/10 Group C racer, which had run the same normally-aspirated engine, and had been converted from a coupe into an open-top machine.

“We were trying to get this car up to speed,” recalls Wilson, “and actually it wasn’t too bad. It was fast compared to the other prototypes, the only problem was the gearbox was breaking all the time.”

The fragile unit merely hampered development work on the rest of the car.

“When we were testing at Le Mans or Jarama or any other track, a lot of times we had to finish early because of the gearbox,” he says.

The car was slated to debut in the American Le Mans Series flyaway round at Silverstone, but Wilson never got to race.

“The same thing happened at Silverstone,” he says. “The gearbox broke once again, so we didn’t even race that weekend.” 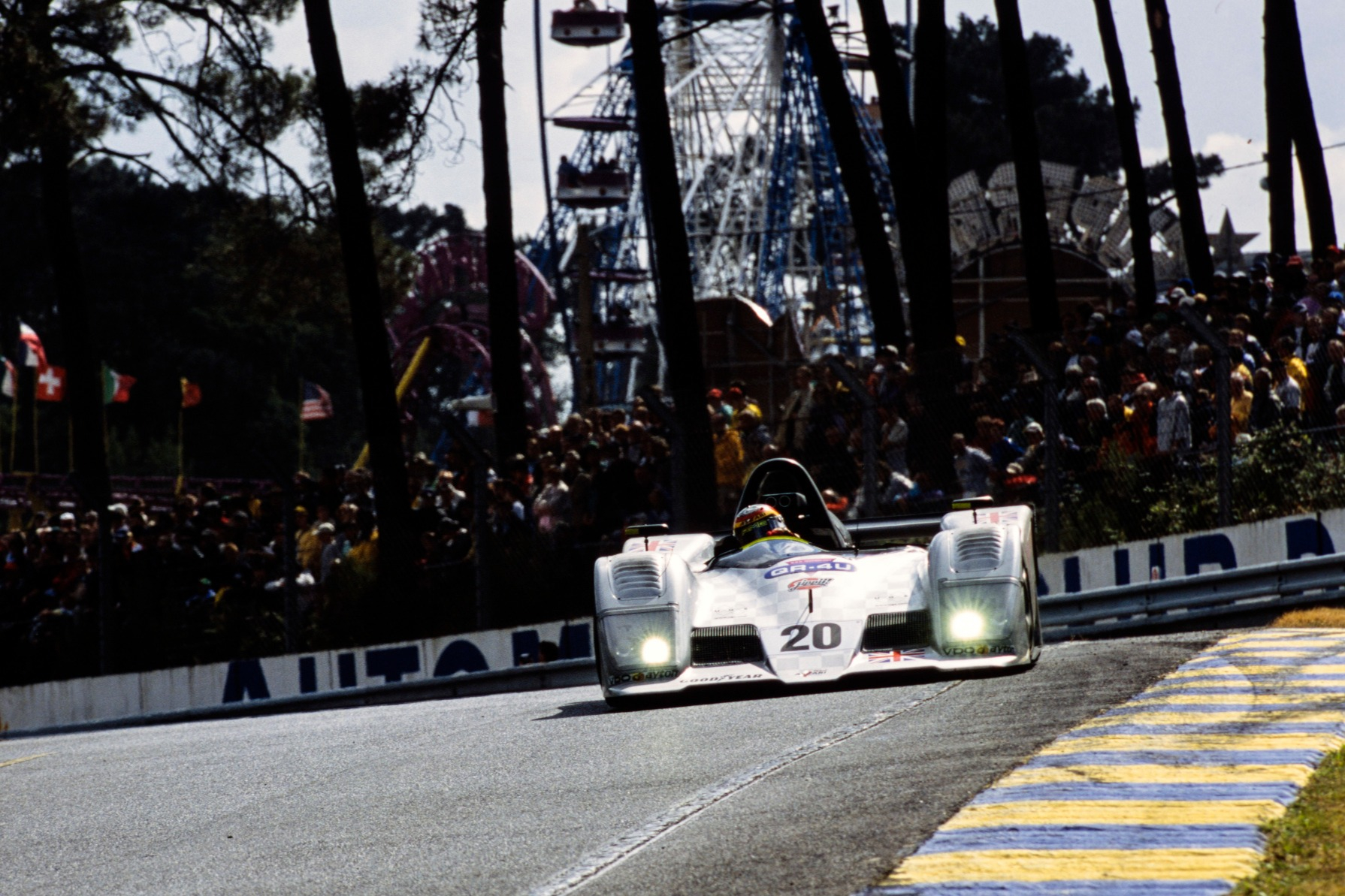 Ascari eventually made it to the grid at Le Mans in 2001, by which time Wilson had left the project

While the team worked on a new unit - Zwart threw £300,000 at a cure - Wilson was entered for Le Mans alongside the team boss and Canadian Robbie Stirling, but lightning struck twice as a familiar problem meant the Ascari never made it past pre-qualifying, suffering problems in both two-hour sessions.

“On the very first lap, the gearbox broke down,” says Wilson.

“The Ascari team can count itself unlucky not to get in,” reported Autosport. “The team and car looked the part, but a new gearbox to solve selection problems was not delivered on time for the test. The exiting ‘box halted the car in both sessions, and with only a few timed laps under its belt it was shown the door by the ACO.”

Wilson’s tough run with the car came to an end when he was picked up by the new Sigma Autosport team in CART, which had planned a busy test schedule before entering in 2001. That opportunity also went bust before the season started - once again due to Telefonica money this time brought by Oriol Servia - but he was picked up by the Arcieo team.

“I went to America and I finished my deal with Ascari, and once I left I told the team that I thought they should give Werner Lupberger a go,” says Wilson. “I am very thankful for the opportunity because it was great fun. The car was good and Klaus was very nice to me back then.”

While Ascari made gradual improvements, eventually culminating in an FIA Sportscar Championship victory for Lupberger and Ben Collins at Donington in 2001, Wilson made the unusual switch from US open wheel to V8 Supercars for 2002. He became a category regular before returning to his homeland to race in the Brazilian Stock Car series.

He never went back to Le Mans, but enjoyed many fruitful years with the Eurofarma team in Stock Cars, winning the 2010 title, and today races alongside company boss Maurizio Billi in Brazil’s national GT3 series. 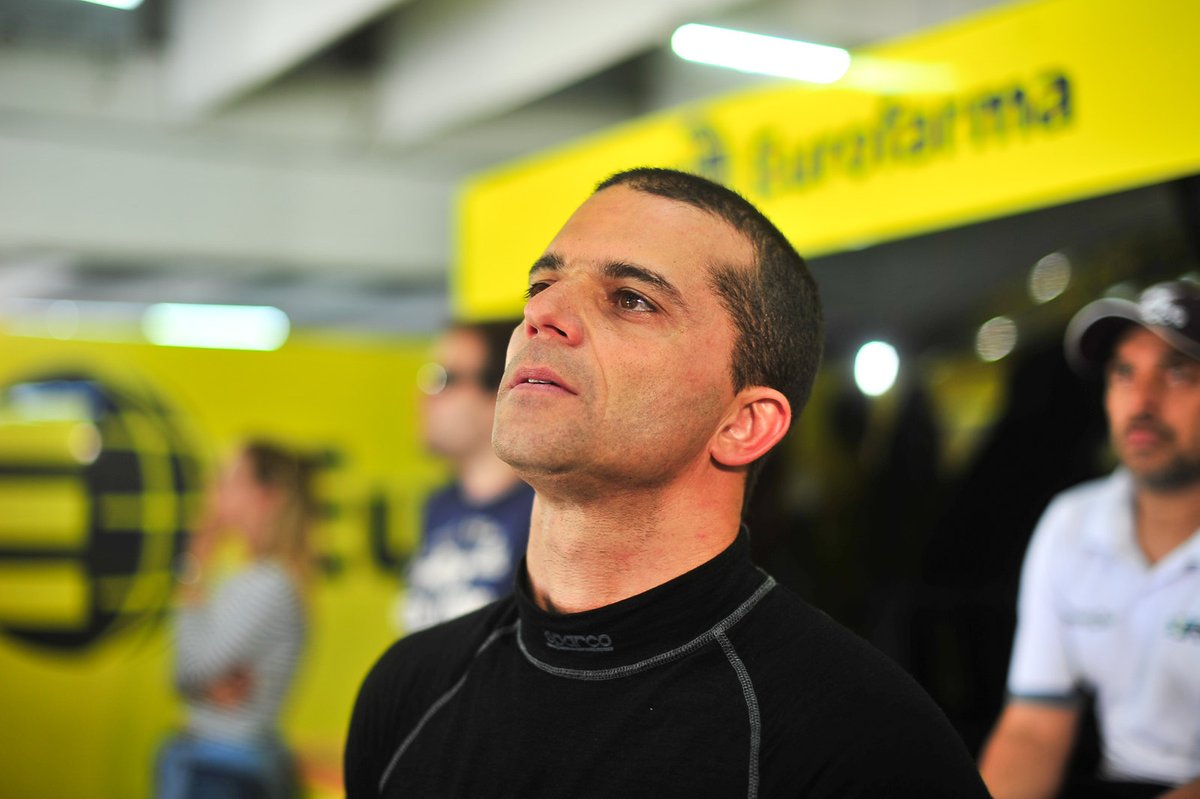 "What would happen if I had my crack at F1? I’m not too sure, but once you put your feet in an F1 car, or in an F1 team in some capacity, it opens doors" Max Wilson

Wilson maintains he has no regrets about his career, but says if he could change anything it would be to have had the chance to race in F1 with Minardi. Despite the likelihood that 2000 would have been a tough slog with only team-mate Marc Gene for company at the tail end of the field, Wilson believes it would have opened doors later down the line - as it did for compatriots Ricardo Zonta and Luciano Burti.

“Even though I had a great career afterwards, I would like to have a crack at [F1],” he says. “I’m not frustrated about it because I have done a lot of good things – raced in Australia, in America and also here in Brazil.

“What would happen if I had my crack at F1? I’m not too sure, but once you put your feet in an F1 car, or in an F1 team in some capacity, it opens doors.

“To some degree, it also happened to me. The fact that I was a test driver for Williams and almost raced in F1 for sure helped me.” 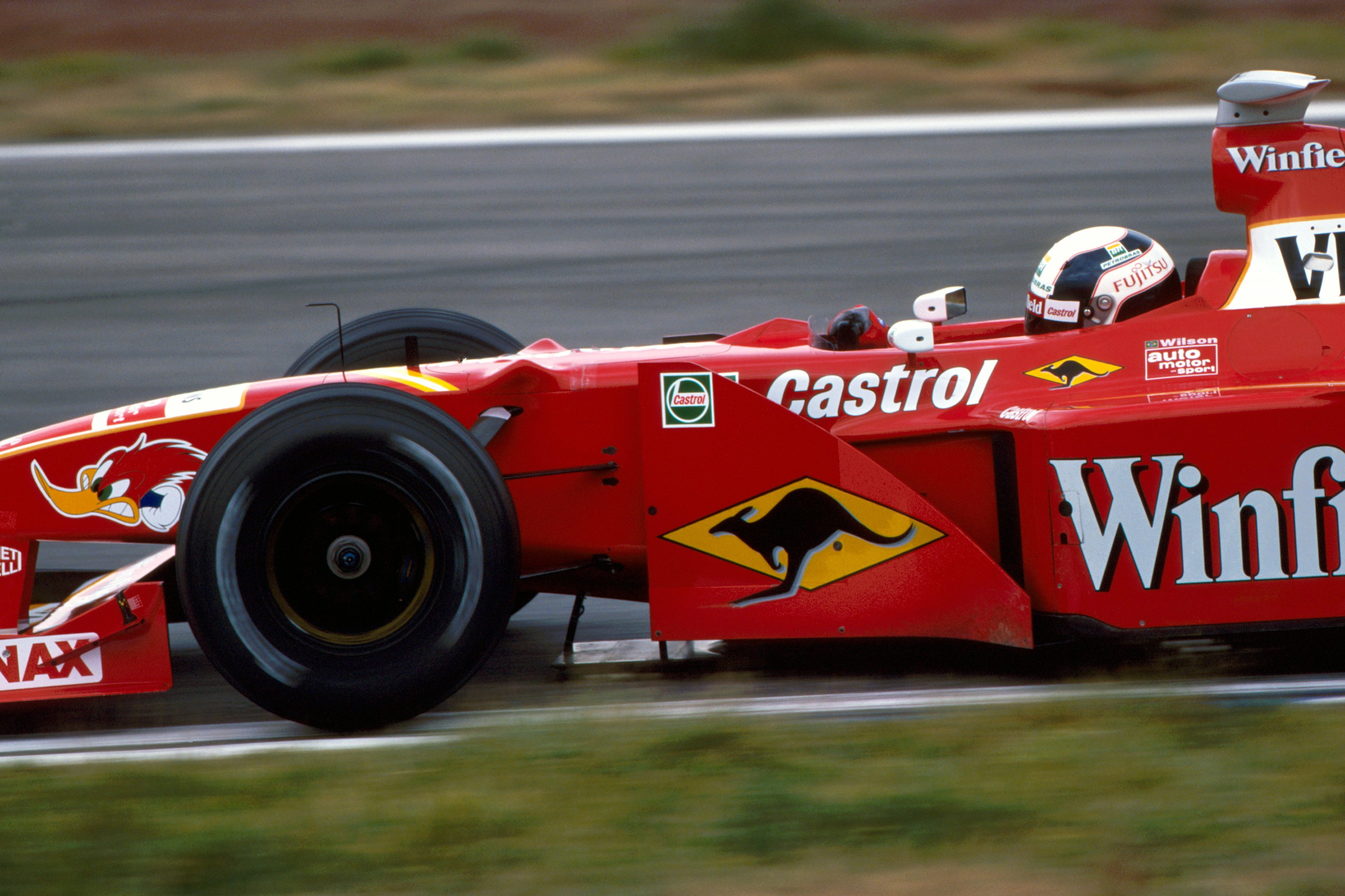 Williams test mileage helped Wilson get a foot in the door at Minardi - but when the drive fell through, he landed at Ascari