Lamborghini explains decision to enter LMDh one year after rivals

Lamborghini motorsport boss Giorgio Sanna says the company’s decision to enter the LMDh arena one year later than several major competitors will afford it time to develop its internal structure.

The Italian company’s long-anticipated commitment to entering prototype racing for the first time in 2024 was made last month, a year after it emerged internal discussions over an LMDh entry were underway.

LMDh cars will be eligible to compete for outright honours in the World Endurance Championship and IMSA SportsCar Championship from next year, with Lamborghini Squadra Corse set join Porsche, Acura, BMW, Cadillac and Alpine in developing a car for the rules set.

Audi has also announced a commitment to LMDh, but its project has been put on hold.

Speaking to Autosport at the Lausitzring DTM round, Sanna explained that “the target was always to start in 2024”, which will allow it time to prepare before homologating its car.

“Knowing and taking into consideration that we are rookies in this kind of category and project, we need also the time, not only to develop the car but to develop also the structure,” Sanna explained.

“We have a structure as a motorsport department that is quite young, and is the size of the structure is based for the customer racing activities.

“To do this kind of programme, we need to increase the number of people in Squadra Corse but especially to work on the know-how and the competence that we need for this kind of project.”

When asked if delaying by a year could also yield benefits in terms of following design trends and not being caught out with an uncompetitive design that has been homologated, he said: “Arriving one year later, we will have the opportunity to evaluate also the work and the performance of our competitors, that’s clear.

“But in any case, we know what we have to do. We need our time to grow in terms of structure, to increase our competence and to develop the car in a proper way.” 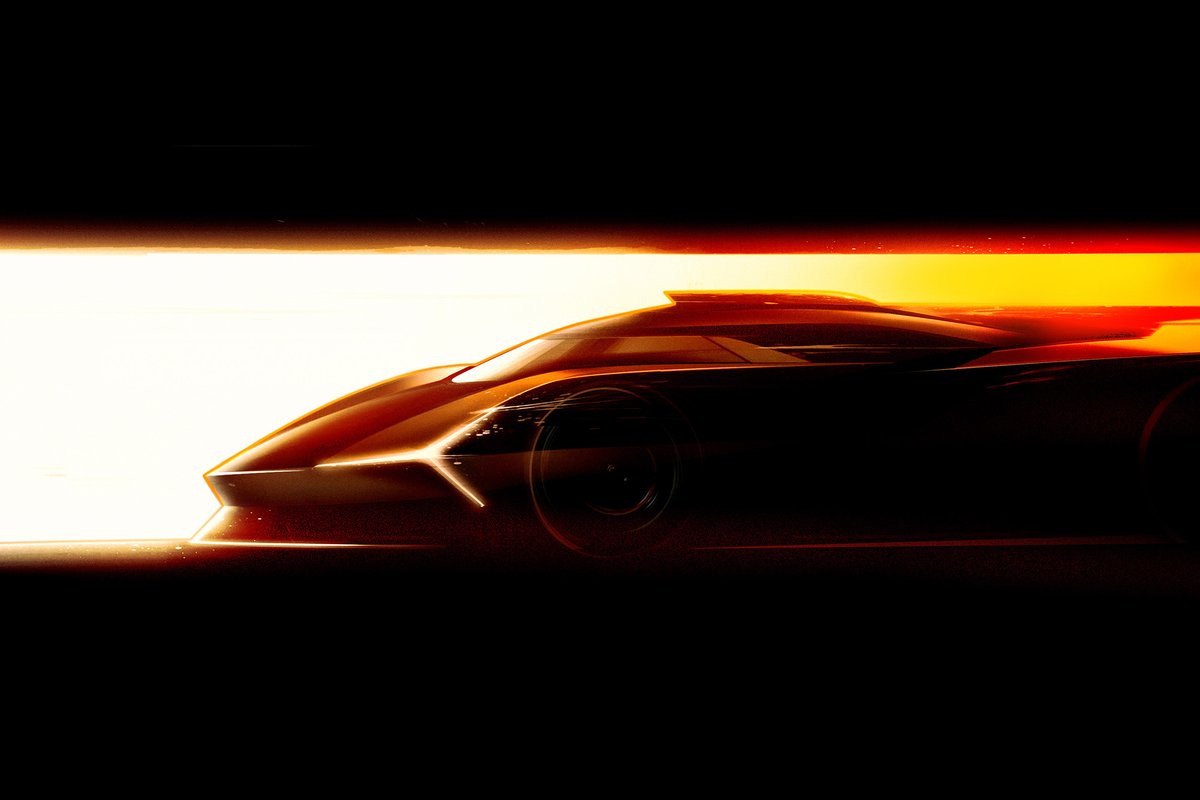 LMDh cars will be based on LMP2 chassis, and it is expected that Lamborghini will be allied with Ligier Automotive – therefore diverging from fellow Volkswagen Group company Porsche, which is already testing its Multimatic-based machine and weighing up whether to enter a WEC race this year as an invitational entry.

While Sanna stopped short of confirming any tie-up with Ligier, stating that Lamborghini “will communicate the technical partner in the next few weeks”, he revealed that it wants a partner “that is giving us the opportunity to cooperate in a very close synergy, having more freedom in terms of choice, to design the car and to be competitive”.

“Porsche is partnering with Multimatic, they have long experience in the endurance, so we can only honestly learn from their side,” he said.

“We are also proud to compete against such a brand and experienced company in motorsport especially, but with the right determination and humility, we trust in ourselves and we are very confident to do very well.”

Explaining the marque’s decision to commit to LMDh, which he described as “an important and fundamental milestone for the entire company”, Sanna said: “We were really convinced about the opportunity of the LMDh, the additional value of this category that is very marketing-oriented, taking in consideration the costs, the running costs of the cars, is let me say in one word sustainable. And sustainability in motorsport is fundamental.

“We are very excited and motivated and proud, but of course we are not doing all this stuff just to do Le Mans.

“We are doing all this stuff because it’s the right step to grow in this moment and it’s fitting very well also with the marketing and product strategy of the company for the next few years.

“It’s not a secret that the next generation of super sportscars for Lamborghini will be hybrid in a very short time, so the strategy of the company in terms of product and marketing is fitting perfectly with LMDh because we will have the chance to develop, to promote and to learn about hybrid technology.

“There will be the chance to have a very strong link from the powertrain point of view that we will communicate in the next future.”

Sanna said that Lamborghini plans “to enter just with one team, because in terms of capability and size of our structure, we want to be focused only on one team at least in the beginning”.

“We have to consider that the Le Mans prototypes, it’s a different game and you need a size in terms of team, technical capability, know-how and budget of course that has to be taken into consideration.” 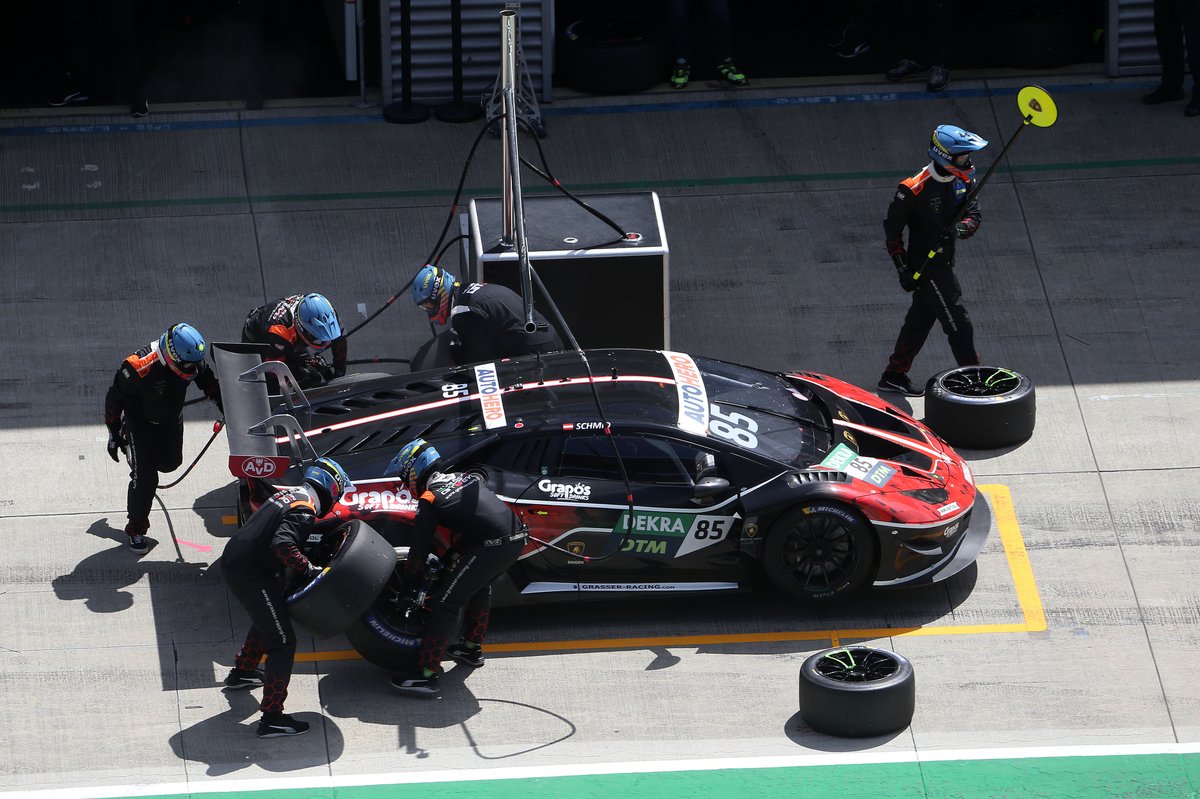 “Too early” for Grasser to consider LMDh aspirations

Top Lamborghini GT3 customer squad Grasser Racing says its “much too early” to think about involvement with the LMDh project and is focusing on its current programme in the DTM.

Gottfried Grasser’s team was the chosen partner of Lamborghini when it introduced the Huracan GT3 in the 2015 Blancpain GT Series and has claimed multiple titles and significant victories in the years since, including back-to-back Daytona 24 Hours GTD wins in 2018-19 and the 2017 Blancpain Endurance and overall titles.

But Grasser told Autosport at the Lausitzring that “where we are, it’s for sure something not what is capable in our team side for the moment, absolutely not”.

“We have to be really realistic because it’s mostly very close to factory programmes and everything and a complete different work I must say, and something where we have no experience at the moment,” he said.

“I am really happy for the brand that they go this way and this is absolutely a very nice way to go. But for me personally, much more interesting is where Le Mans will be in some years [from 2024] with GT3 cars and I think on this points I am focusing on much more than everything else.

“I am really focused on what we are doing now and I think for the moment it’s much too early to think about these things.

“Honestly it’s such a big programme in LMDh and quite a really high level from everything, it’s not to talk about now.

“Especially in this year with the DTM championship we have a quite high benchmark and we have to fulfil this.”