Toyota led the opening hour of the Le Mans 24 Hours as the LMP2 class got off to a dramatic start, with a three-way collision at the first corner shaking up the order.

Sebastien Buemi led the 62-car field to the green flag aboard the #8 Toyota GR010 Hybrid to mark the start of the 90th running of the La Sarthe classic, leading Mike Conway in the #7 Toyota as Nicolas Lapierre in the Alpine A480-Gibson was swallowed up by the two Glickenhaus 007 LMHs.

However, hopes of the Glickenhaus pair threatening the Toyotas early on were quickly dashed as Buemi and Conway eased away from the best of the American machines, the #708 of Olivier Pla.

Conway pitted from second on lap 11, with Buemi coming in the next time by, with the #7 machine taking a narrow lead with a slightly faster pitstop. After one hour of racing, the gap between the pair was 3.9 seconds, with Pla running in third, around 22s adrift.

In LMP2, Robert Kubica stormed from fifth on the grid into an early lead at the wheel of the #9 Prema Oreca 07-Gibson, briefly surpassing Lapierre in the Alpine LMP1 car.

But the #31 WRT car of class polesitter Rene Rast was in the wars almost immediately as he clashed with the #22 United Autosports car of Will Owen at Turn 1, causing the latter to spin off into the gravel, but not without making contact with the #41 Realteam by WRT car of Ferdinand Habsburg on his outside.

Owen ended up losing time as he waited for assistance, while Habsburg crawled back to the pits with his damaged car.

Out front, Kubica led Rast and the #38 JOTA car of Antonio Felix da Costa, who was effectively a net second after Rast was awarded with a one minute stop-and-go penalty for the collision with Owen. 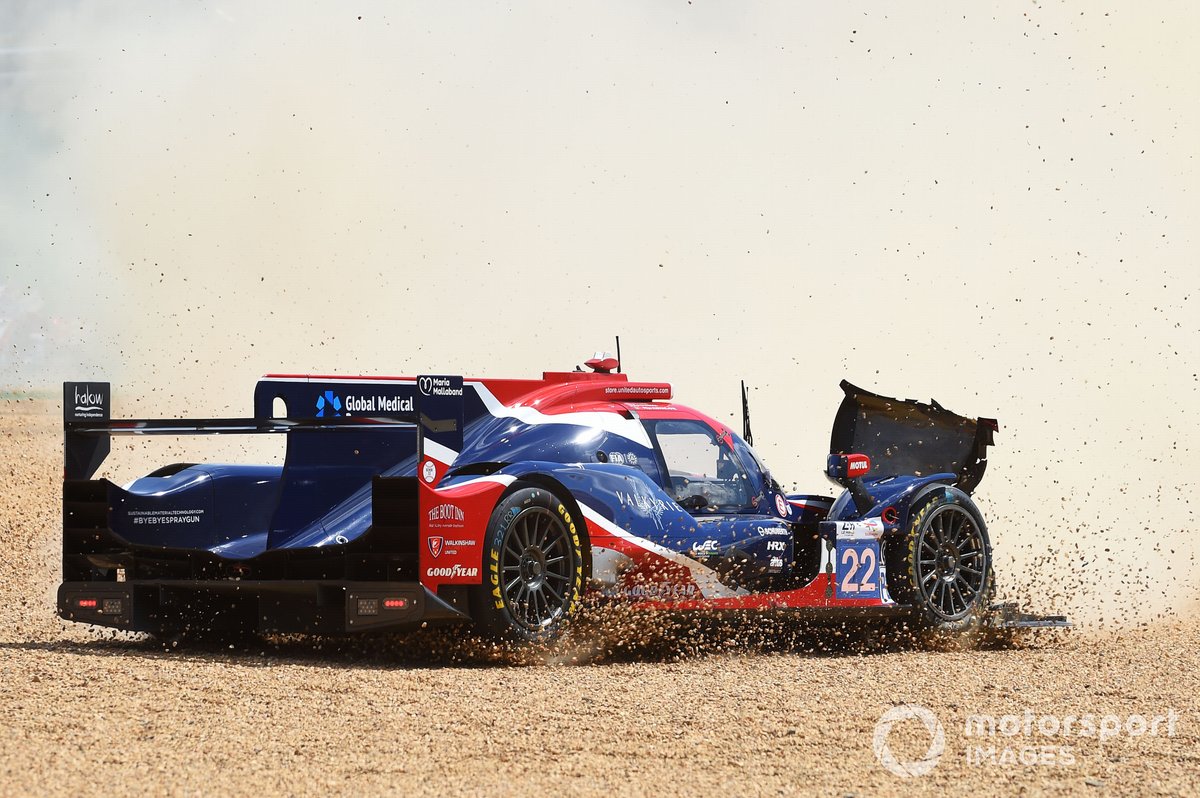 But during the opening pit cycle, Kubica was jumped by Felix da Costa, who then raced to a 6.3s lead over Kubica, with Jonathan Aberdein holding third place in the #28 JOTA entry until stopping just shy of the one-hour mark.

That promoted Felipe Nasr to third in the Penske Oreca, ahead of Mirko Bortolotti in the best of the WRT cars.

United's second car, driven by Alex Lynn, went off-sequence early on after picking up front-right puncture, but remained in the podium hunt.

GTE Pro got off to a clean start as the two Corvette Racing C8.Rs that had locked out the front row maintaining their advantage, the #64 of Nick Tandy leading the #63 machine of Antonio Garcia.

Giving chase were the two factory Porsche 911 RSR-19s, Kevin Estre in the #92 having passed his opposite number in the #91, Frederic Makowiecki, and the two AF Corse Ferrari 488 GTE Evos led by James Calado in the #51 car.

Gianmaria Bruni took over the #91 Porsche at the opening round of stops, while Alessandro Pier Guidi was installed aboard the #51 Ferrari, but the order didn't change.

After the opening hour it was the #99 Hardpoint Motorsport entry of Alessio Picariello with a narrow advantage over Matteo Cairoli in the #46 Team Project 1 car.

Poleman Vincent Abril meanwhile had slipped all the way down to seventh place in the best of the Ferraris, the #61 AF Corse car, with five Porsches and a single Aston Martin Vantage running ahead.