IndyCar last raced at Watkins Glen from 2016-2017 after a street race in Boston collapsed, but a third race did not take place this year due to low spectator attendance numbers at the previous two events.

"IndyCar, as you've heard me say before, they're an awesome series," said Printup.

"They should be here at Watkins Glen and I mean that from a passion point of view, from an experience point of view - drivers love this race track, they especially love that repave.

"Jay [Frye, IndyCar's president of competition and operations] and I, we actually texted each other a couple of days ago.

"We promised each other we would get back in touch with each other in early 2019 - in February - and see if we can jump on the schedule maybe in 2021.

"If we can find a business deal - that's obviously the most important part." Printup explained that the plan for IndyCar to race at Watkins Glen in 2018 had been halted but mutual consent.

He suggested that moving the race back by just a few weeks from an early September slot could be beneficial if Watkins Glen does rejoin the calendar. 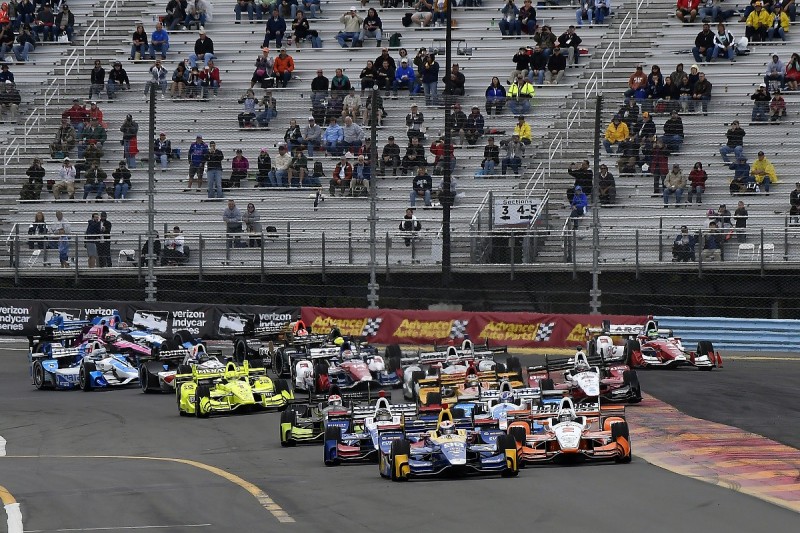 "They had a three-year deal with us and we let them out of the third year, which would have been this year. It was the right thing to do," Printup said.

"They were losing some heavy money and that's not the way racing should be. As a partner, we understood.

"Ideally, Labor Day [weekend] was not good, as we all know.

"If I had an ideal [date] for IndyCar, it'd be end of August, maybe two weeks after [the NASCAR] event. We're a summer resort up here.

"I'm open to anything to talk to Jay about this. They belong here."