Toronto is currently set to be the 11th round of the 2021 IndyCar Series season, on 9-11 July, but travel restrictions to Canada as the country tackles its third wave of the COVID-19 pandemic have cast doubt on a highly popular event, which was canceled last year, too.

Not only does a temporary street course typically take 30-40 days to construct, it would be difficult for it to make financial sense for promoters if, as in St. Petersburg, FL, the crowd is restricted to admit only 20,000 fans per day.

“We hope that we can race in Toronto. It's on the calendar. That's the plan. As you know very well up there, there was some clarity provided up to like June 1st, and I hope that that date wasn't a coincidence from a racing point of view – that it left an open window to see if things could come together for us to be up there this summer," said Miles.

“If not, I don't think there will be much opportunity to move [the date]. The rest of the schedule is pretty full and there's so much going on in Toronto, and that street race requires a lot of planning.

“So we would probably look to replace it on a one-off basis, and I think we have great options for how to do that, even if we learn about it at the last minute.” 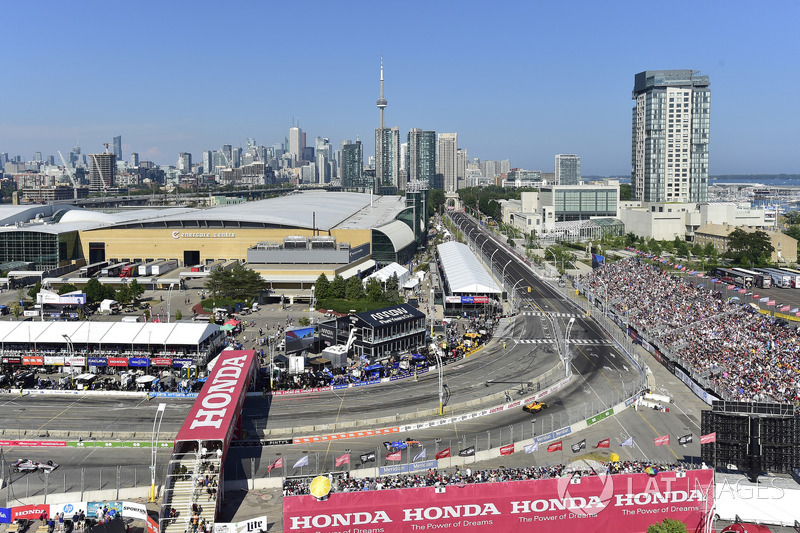 Quizzed further on the likely date/venue to replace Toronto, Miles added: “If we needed to, I think the most likely step would be a double-header on a weekend we're already scheduled.

“I won't speculate at this point as to which one it would be, but… we wouldn't be looking at putting a different race in that date. We'd be looking at adding one on a weekend we're already scheduled and planning to execute.”

Last year, to compensate for a rash of races that were cancelled due to the pandemic, IndyCar was forced to run five events as double-headers.

This year, there are just two planned for now – Detroit, which has been a double-header since 2013, and Texas Motor Speedway, which will hold two races next month to help compensate for Iowa being removed from the schedule, and Richmond Raceway’s planned return after an 11-year hiatus being stillborn.

Until last year, Toronto had fallen off the calendar just once since its inaugural event in 1986, when the 2008 race was canned due to the pre-season Champ Car/Indy Racing League reunification as IndyCar caused a date clash between the two planned schedules.