Tony Kanaan returned to IndyCar action with the top time in the only practice session ahead of the first race of the Texas Motor Speedway double-header.

The Chip Ganassi Racing driver was the only runner to nudge past the 220mph barrier with his 16th of 54 laps turned at the 1.5-mile oval near Fort Worth. This was a psychological boost for the Brazilian driver considering he will have to start from the last row of the grid after qualifying was canned due to inclement weather compressing the schedule.

For the first race of this weekend’s double-header, the grid will be set by entrant points, which means Kanaan, the 2004 champion and 2013 Indy 500 winner, has had to rely on Jimmie Johnson’s points accrued from the opening two rounds of the season.

Kanaan, who had planned to call time on his IndyCar career that began in 1998 following an oval-only schedule in 2020, will race another oval-only programme in the #48 machine that seven-time NASCAR Cup champion Johnson will drive on road courses this season.

Although most running was done in traffic, Kanaan was also top of the no-tow speeds. 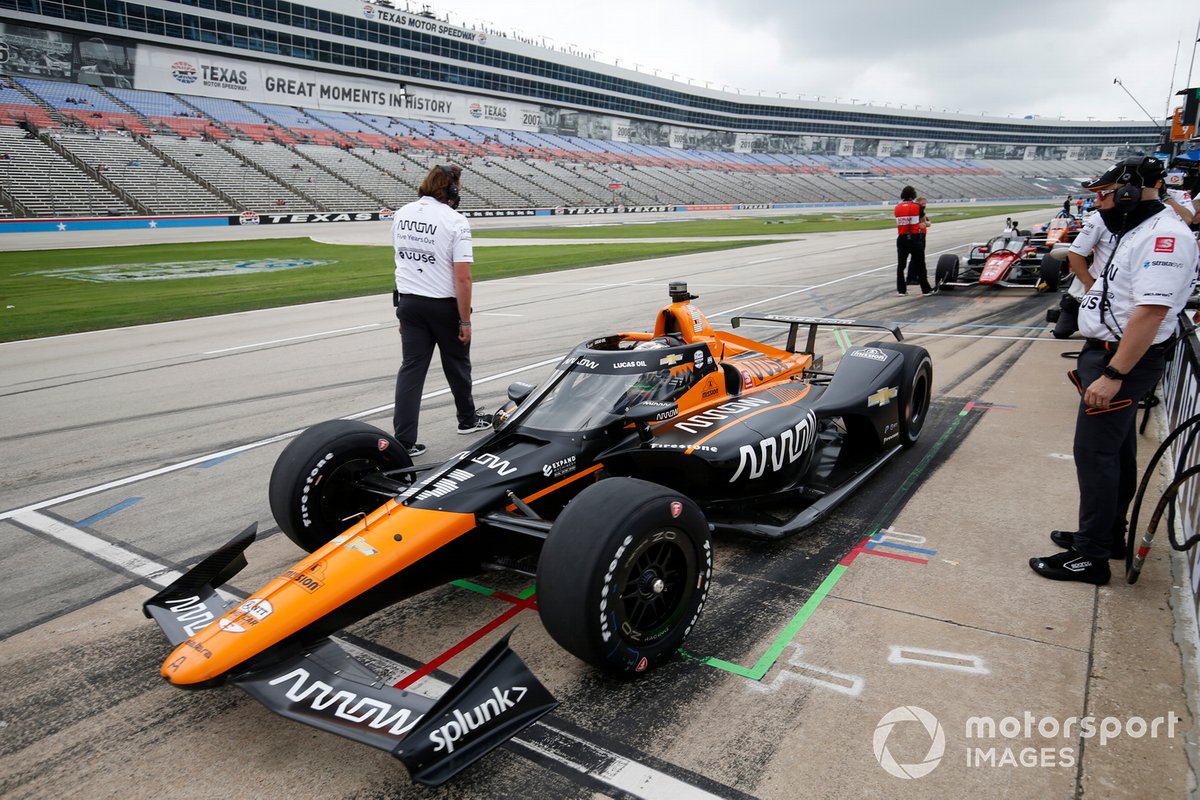 Four-time and defending Texas winner Scott Dixon, along with Marcus Ericsson, ensured there were three Ganassi cars in the top six, while Alex Palou, points leader and therefore polesitter for the first race, was 11th.

The race has been brought forward by 35 minutes to start at 6.10pm local time, and will see Palou leading Will Power, Scott Dixon, Colton Herta, Simon Pagenaud and Jack Harvey at the front of the grid.