SPM had identified its reliance on James Hinchliffe as a weakness, targeting and signing Mercedes DTM driver Robert Wickens for the second car, two months after it announced a new level of partnership with Honda.

Off track SPM has announced a large intake of technical staff highlighted by Malloy's signing from Chip Ganassi Racing, having earned his reputation by supporting Dan Wheldon's 2011 Indianapolis 500 victory.

Malloy will lead the team's engineering department and says that the team's off-season progress made the move an easy decision.

"It feels like a good time to be making the switch, for two reasons," he said.

"[Team co-owners] Sam Schmidt and Ric Peterson are doing a good job of pulling the team together, getting two really solid drivers in James and Robert and also growing the sponsor relationships.

"It's great to see there's going to be the appropriate engineering support to help utilise the resources here."

Malloy added that the incoming universal aerokits will lead to a reset for 2018 that will challenge teams.

"It's a reset for everyone and we're going to be tearing up a lot of what we've done before.

"So if you're starting fresh with a new team, now's a good time to do it.

"Everyone's going to be scrambling to a certain extent, but I like that. I don't like it when the rules get stagnant."

SPM targets Ganassi and Penske in 2018 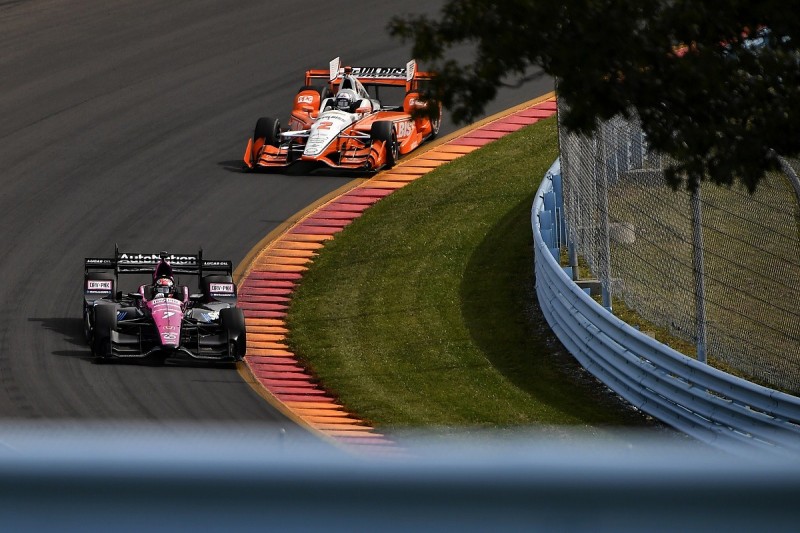 Malloy has worked for Ganassi and Bryan Herta Autosport before it merged with Andretti Autosport and believes that SPM can match two of the championship's biggest teams next year.

But Malloy admits that the last few seasons have given it a bigger hurdle to clear.

"Obviously we're coming from further back, based on where we've been the past couple of years," he said. "So we have a bigger hill to climb. But that's absolutely what we aim to do.

"There are parts of our program that we know we need to work on and it's not an overnight thing, but this really is a great year to try and make a significant step forward and catch up with them.

"And I believe we can do it based on the talent within SPM."

Malloy dismissed talk that running two cars was an advantage.

"I think the usefulness of running multiple cars is defined by who's driving them," he said.

"We're optimistic that James and Robert will complement each other, although we won't be 100% confident of that until we get out there with both cars.

"But that's the ideal scenario - where each side of the team builds up the other side."