IndyCar debutant Christian Lundgaard has admitted that neither he nor his family expected him to be so immediately on-pace after qualifying fourth on the Indianapolis Motor Speedway road course.

Rahal Letterman Lanigan-Honda’s one-off hire was a strong factor in the hour-long practice session, and appeared completely unfazed by exploring the extra grip provided by the softer-compound Firestone ‘red’ tires.

The Formula 2 race-winner breezed through his Q1 Group 2 session, beaten only by Alexander Rossi, and in the Fast 12 qualifying shootout for pole he was just 0.028s slower than pace-setter Patricio O'Ward.

Alpine junior driver Lundgaard said: “Let's just say I didn't expect to be here now when I left home. I know my family is asleep right now, I guess they will have a heart attack when they wake up in the morning!

“I think it's looking good so far, but I didn't expect to be here now.

"I'm just super happy to be here, I'm enjoying every second of it."

Lundgaard said he "didn't know what to expect" when he first tested the Dallara-built IndyCar machine at Barber Motorsports Park three weeks ago, but found the process of figuring it out to be "fairly similar" to his regular F2 mount, also a Dallara product. 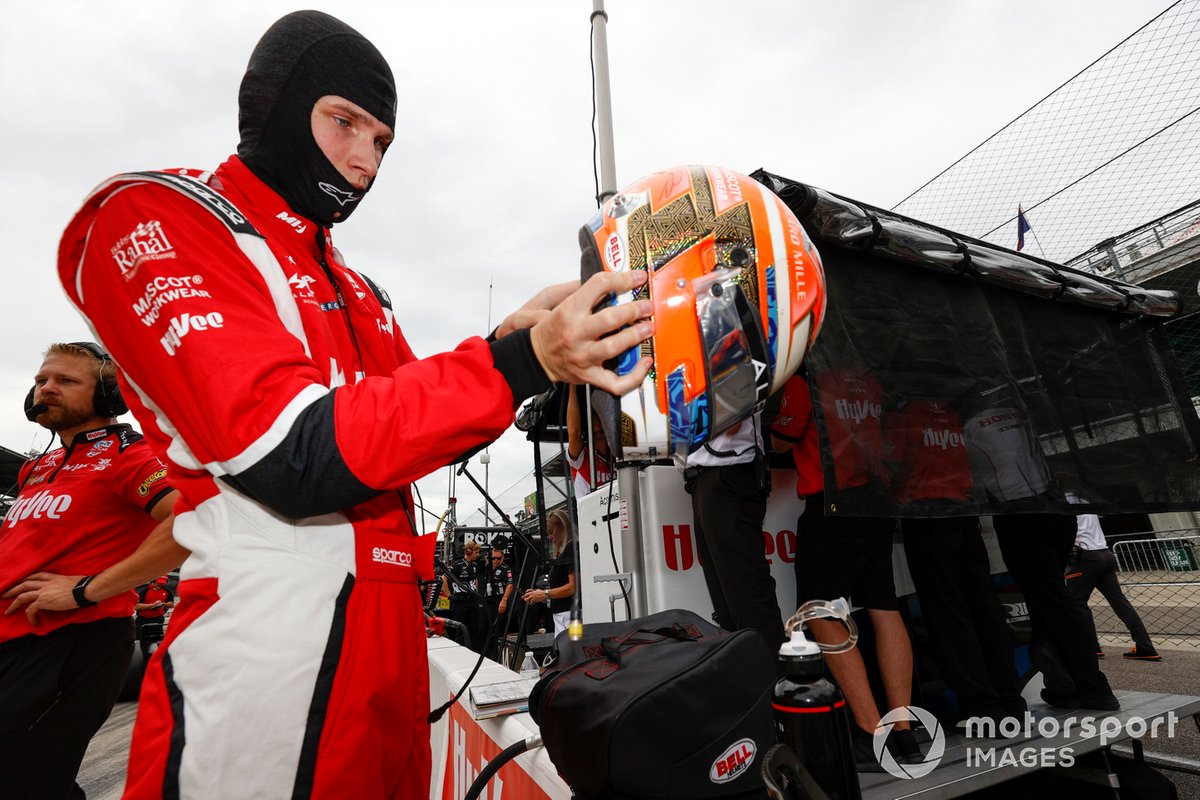 "After doing the test, I knew how the car was," he said.

"Obviously it's slightly different, [but] a racecar is a racecar.

"For me it's just about finding the limit of that car. It seems like I've found that pretty quickly."

Lundgaard said in the build-up to the event that he viewed IndyCar as a potential long-term career option, but hadn't given up on a seat in Formula 1.

The Dane currently sits 12th in the standings, which are headed by fellow Alpine academy members Oscar Piastri and Guanyu Zhou.

Asked whether his impressive showing had changed his thinking, Lundgaard said: "I would say looking at the results and from the performance today, it probably looks bright for the future.

"But I'm not going to say it's going to be this. There's so many options.

"I'm here to explore. I'll probably also explore some other things later on.

"But I've still got half a season to go in F2. That's still where the focus is – to finish that season, be sure we improve the championship position we're in at the moment."