O'Ward claimed his third pole of the season in an incredibly tight session, lapping just 0.006 seconds faster than Team Penske driver Will Power.

Although O’Ward slipped to third in the standings following last weekend’s Nashville race, where he finished a lowly 13th, the Mexican remains only 48 points behind series leader Alex Palou (Chip Ganassi Racing).

Declaring himself "tired of being in the middle pack", having not finished in the top five since his victory in the second Detroit race in June, O'Ward said "a great test in Portland" had given him encouragement for the races ahead.

"What we found there I knew was going to help us here," he said of the test.

"I can definitely claw my way back into the fight for this championship, that is the goal.

“What I truly want, I want to get to Long Beach with a proper, legit chance of winning the championship.

"I'm excited, I think we have some great circuits for us coming up.”

O'Ward revealed that his car now "just handles better" and is much more predictable to drive.

"We've had a quick car in many places, but damn it's a handful - it is so hard to drive," he said. 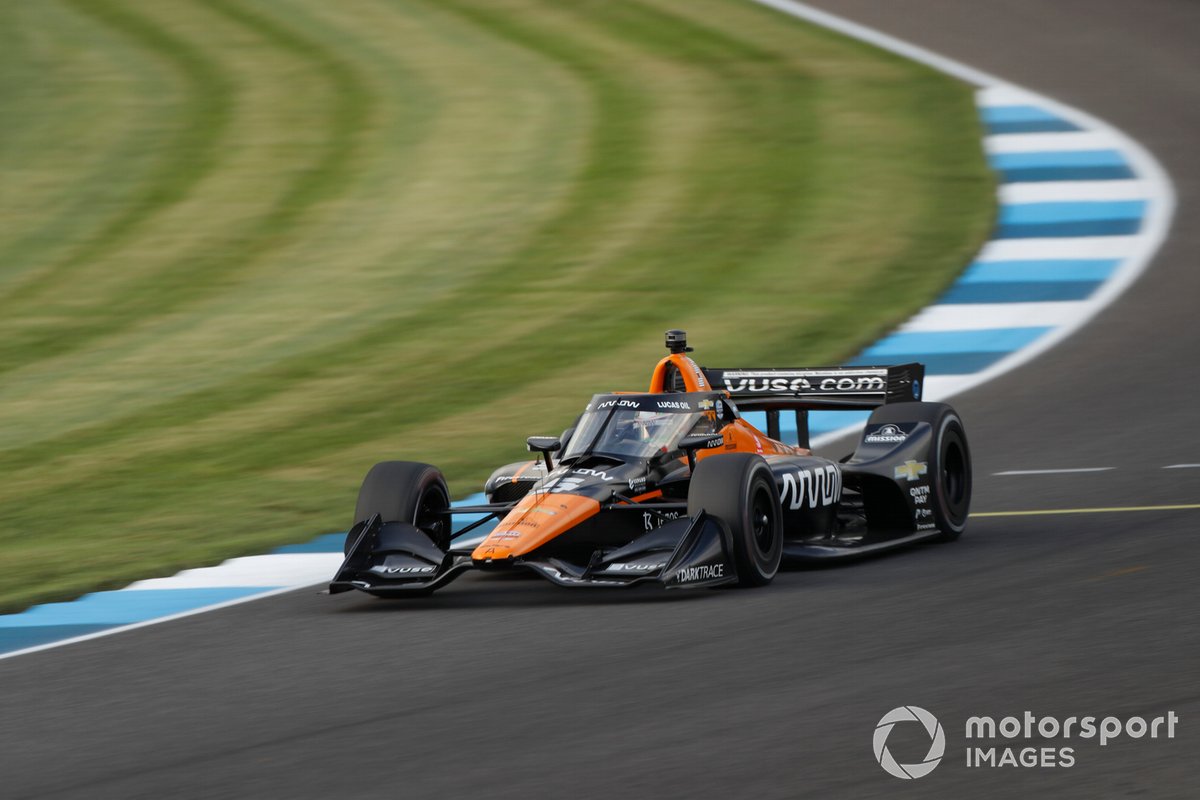 "I think we have found something that just is more predictable, that just makes it a lot easier on Felix [Rosenqvist, team-mate] and I to actually get laps in lap after lap consistently.

"I feel like that's where we have lacked a little bit in terms of we've had a very strong qualifying car and then we don't have anything for the race, but then we'll have a great racecar but in qualifying we're just not quite there.

“[This] feels like a breath of fresh air. It just shows us what we've been working on in testing, in our mini break, worked."

Given his title aspirations, O’Ward said he’s “not going to do something stupid” in the race.

"Whenever you have a chance to win, you need to take those points and win because it's not like every weekend you go and you can win," he said.

"We're definitely going for that, but if we can't manage to do that, I'm not going to do something stupid and put it in the wall. We need to be smart.

“Yeah, man, I'm just really looking forward to turning the page to our very crappy last three races, close out this weekend very strong, and don't look back until the checkered flag waves in Long Beach."