Alex Palou’s combination of speed and fuel mileage in the IndyCar season opener at Barber Motorsports Park initially convinced runner-up Will Power that he was on a different pitstop strategy.

The 2014 IndyCar champion's Team Penske-Chevrolet finished just 0.4s adrift of the Spaniard, who notched his maiden series victory on his first start for Chip Ganassi Racing, after the pair had completed a two-stop race.

However, in the first stint Palou had been able to keep pace with the three-stopping leaders, Pato O’Ward and Alexander Rossi, which neither Power nor Palou's third-placed team-mate Scott Dixon were able to do.

In clear air after O’Ward and Rossi made their first stops, Palou pulled more than six seconds on Power and although the Australian was able to run two laps longer before making his first stop, he emerged still behind the Spaniard.

Power also stretched his second stint one lap longer than Palou, but marginal fuel meant he was unable to take full advantage of his push-to-pass and Palou getting held up in traffic.

“It just blew my mind how fast Alex was in that first stint," Power told NBC.

"I had absolutely nothing for him; he just pulled away, so I figured he was doing a three-stop race, because I was getting the best lap time I could for the fuel number [target]." 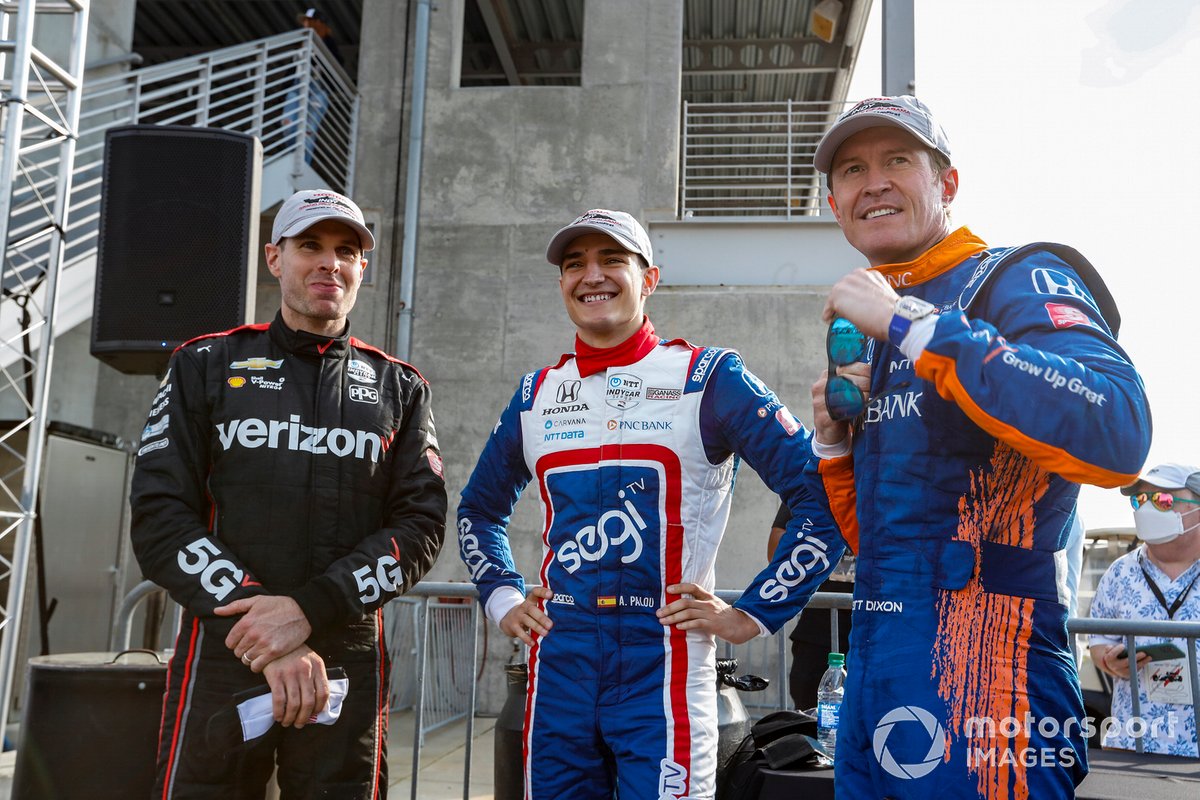 Palou admitted that his initial plan had been to three-stop, until yellow flags in the early phase of the race following a pileup triggered by Josef Newgarden prompted a rethink.

He explained that he was "surprised" that O'Ward and Rossi - who finished fourth and ninth respectively - had not opted to switch tactics too.

"As soon as the first yellow came I was already thinking on two stops, I was trying to save as much fuel as possible there," he explained.

"I saw that Rossi and Pato, they were not saving that much fuel. I was wondering, 'Are they going to just not even try to do it, or do they just know how to do it and not me?'

"I was surprised that they didn't go for a two-stop because I think it was fairly easy after the two yellows.

"But hey, I didn't call a two-stop. It was the team that they just told me, Now it's a time to push. Do 15 more laps and this is the target for fuel mileage that you have to do.

"So that's what I did and it worked."