Power took his first Indy 500 victory after seeing off Ed Carpenter midway through last Sunday's race and then picking off the three fuel-stretched, off-sequence leaders following a final restart.

The Penske driver won his only IndyCar title in 2014 and had won 31 races, as well as taking 45 pole positions, before his Indy 500 win.

Power most notably fell short in the Indy 500 against Juan Pablo Montoya in 2015, having led the race until the final four laps.

He celebrated his 2018 victory by shouting "respect me" over the team radio.

"That [radio message] had nothing to do with drivers," he said.

"It was just the whole frustration I've had through my career of winning a lot of races, winning more poles, more wins than anyone probably [in] the last almost 10 years, but not winning this race.

"I felt like I was going to finish my career without even really being recognised as a winning driver because I hadn't won this race.

"[The win is] such a weight off of my shoulders.

"I don't have to have those questions any more about, 'What it would mean to win the Indy 500?' Now I know. I can't put it into words." 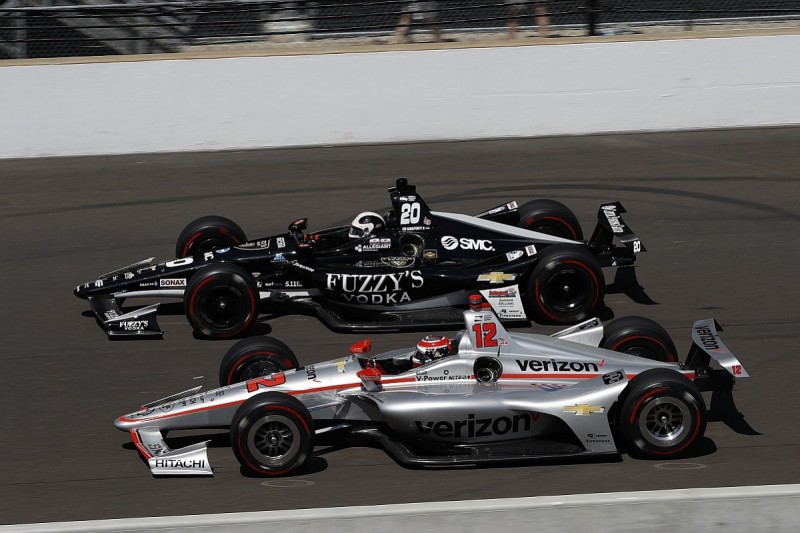 Power added that he "knew" he would win the race once he had the measure of Carpenter.

"I had a great battle with him [Carpenter]," said Power. "He was the guy to beat. I knew if I beat him, I was going to win the race.

"Ed is one of the best oval drivers around. You've got to give him full credit for what he does for young drivers, young American drivers. He gives them a chance.

"Some of these guys, they come, they only get one year. It's just so hard to prove yourself.

"Ed's a team owner in the paddock that gives young people a shot to show what they can do, like [2017 IndyCar champion Josef] Newgarden.

"Without him, Josef wouldn't have been able to get to Penske, end up in a full-time ride."