St. Petersburg IndyCar pole-sitter Colton Herta says the performance of Firestone’s softer tyres in qualifying left him "scratching my head" and is predicting "more interesting" race strategies as a result.

The Andretti Autosport driver earned his first pole position of the season in the Fast Six, beating Meyer-Shank Racing's Jack Harvey by 0.249s with a 1m00.321s lap.

His best time came on his fourth lap of the session, as the red-walled alternate compound took longer than expected to come into an optimal performance window, but Herta said that tyre behaviour in general had come as a surprise.

“I went into this session thinking that it was going to be a black [Firestone’s harder primary compound] race, like it was last year," he said.

“Now I'm kind of scratching my head because I know a lot of guys might not be able to make it work.

“It seems like we might be one of the guys that might be able to make it work on red tyres – used reds - we'll have to wait and see.

“For me, the grip level was very similar to the new reds [even] after they had a heat cycle on them, which is very strange.

“I haven't really seen that in my IndyCar career yet, so that's something to look at and think about. It will definitely make the race more interesting if guys are choosing to run those used reds over new blacks.

“For sure, after seeing what happened today, I'm really going to push the team to be on those used reds tomorrow in warm-up and try to get a good run in, see whether it's a viable strategy or not.” 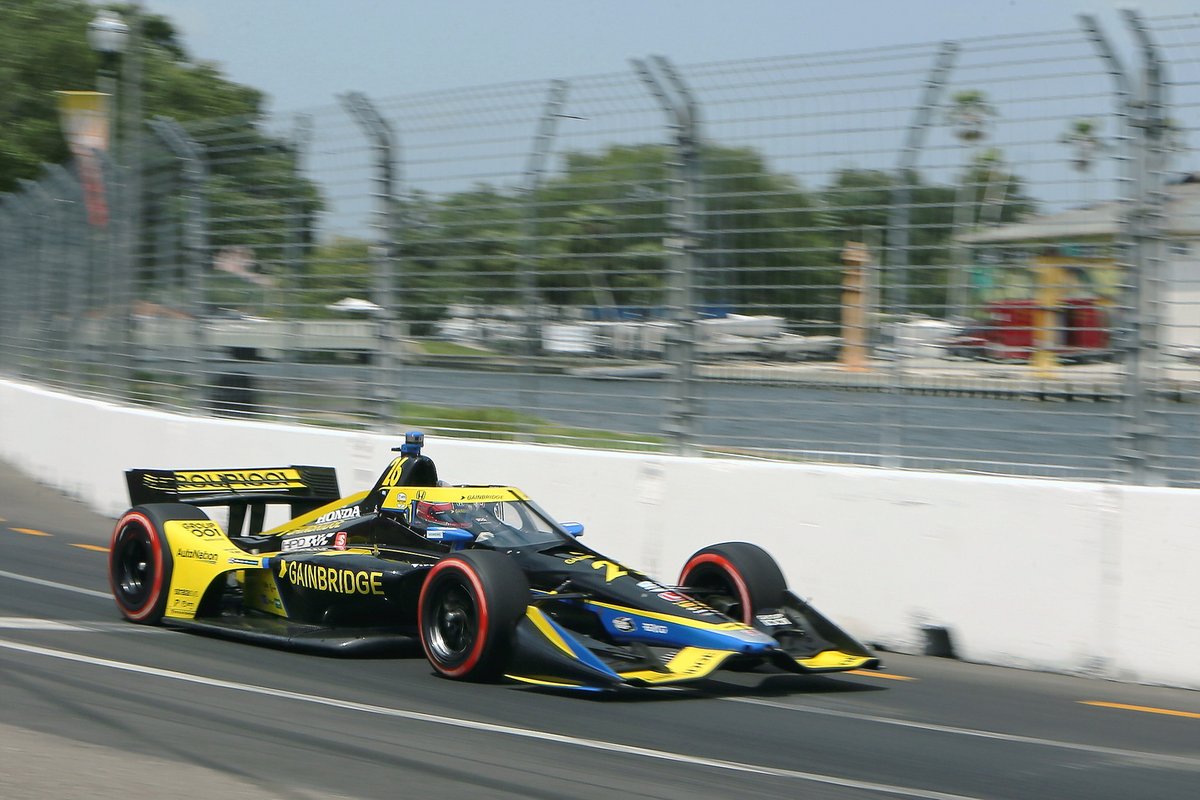 Herta is working with his father, former IndyCar racer Bryan, as a strategist this year and described emulating his father's 2005 pole at the Florida street track as “really cool.”

“It seems like we're good at the same tracks,” Herta commented.

“It's cool to kind of carry on the legacy as best I can, more importantly getting the job done for myself and my team. I think we did just that today.”