Andretti Autosport driver Colton Herta snatched his first pole of the season from Jack Harvey in the dying seconds of IndyCar qualifying on the streets of St. Petersburg.

The 21-year-old, who had also topped Q2, went 0.249s faster than Meyer-Shank Racing driver Harvey with his final run to claim top spot with a 1m00.321s effort on his fourth lap.

In doing so, he becomes the first non-Team Penske driver since Robert Wickens in 2018 to claim pole at the Florida circuit.

Harvey's best time of 1m00.570s, set on his second lap, was enough to demote practice pace-setter Josef Newgarden to the second row.

Team Penske driver Newgarden had beaten Harvey to top his qualifying group and lapped second-quickest to Herta in Q2 with a 1m00.342s, but like Herta, the defending two-time St. Petersburg winner then went slower in the Fast Six.

However his 1m00.607s best represented a bigger drop-off, with Herta only dropping a tenth relative to his Q2 best.

Simon Pagenaud improved from sixth in Q2 to join his team-mate on row two.

As several teams struggled to switch on the softer-compound Firestone alternate tires in Q1 and Q2, Barber poleman Pato O'Ward (Arrow McLaren SP) elected to use a fresh primary tires for the Fast Six session.

But his tactic didn't work and he was comfortably slowest in the session - 0.758s down on Herta - with 2017 and 2018 St. Petersburg winner Sebastien Bourdais (AJ Foyt Racing) beating him to fifth spot. 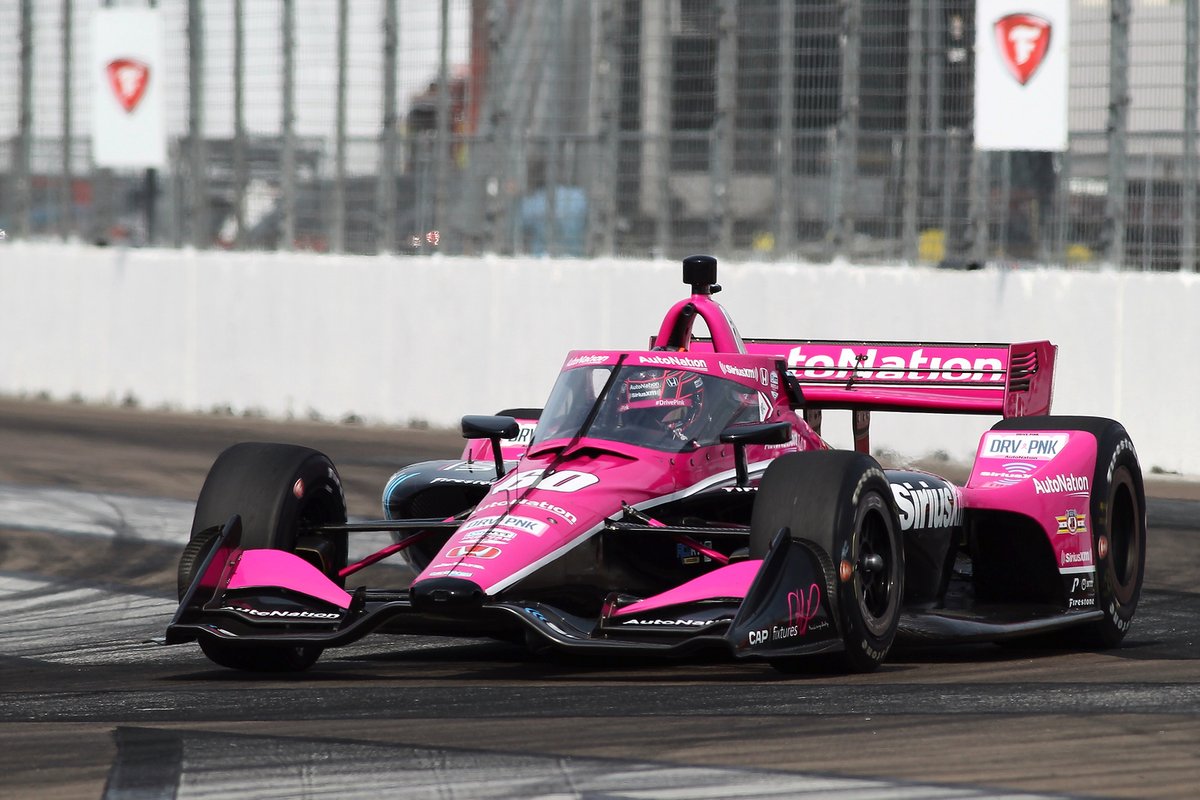 Fastest of the cars who missed the cut for the Fast Six was Ed Carpenter Racing's Rinus VeeKay, who missed out to Pagenaud by just 0.047s.

Dixon, who had a spin in Q1 that cost him his fastest laptime, admitted that he had "struggled with corner entry" as the tyres "didn't come in", which he said "caught me out for sure".

Penske rookie Scott McLaughlin and Will Power - the polesitter at St. Petersburg in each of the last two seasons - both missed the cut for Q2, with 2014 champion Power grazing the wall to bend a toe link on what should have been his fastest run.

He will therefore start from 20th position, six places behind his Kiwi team-mate.