He competed in both the Indianapolis road course race, finishing sixth, and the Indy 500.

Castroneves's pursuit of a record-tying fourth Indy 500 win ended when he crashed out at Turn 4 just before the three-quarter distance.

"The car was actually handling good, I couldn't get too close to other guys," he said.

"I guess when I went to pass [Ryan] Hunter-Reay on the outside [for fourth], maybe I got a little debris on the tyre - I don't know, that was obviously the first time.

"We were just learning the car. You can see some other cars be able to run a more little closer without an issue. 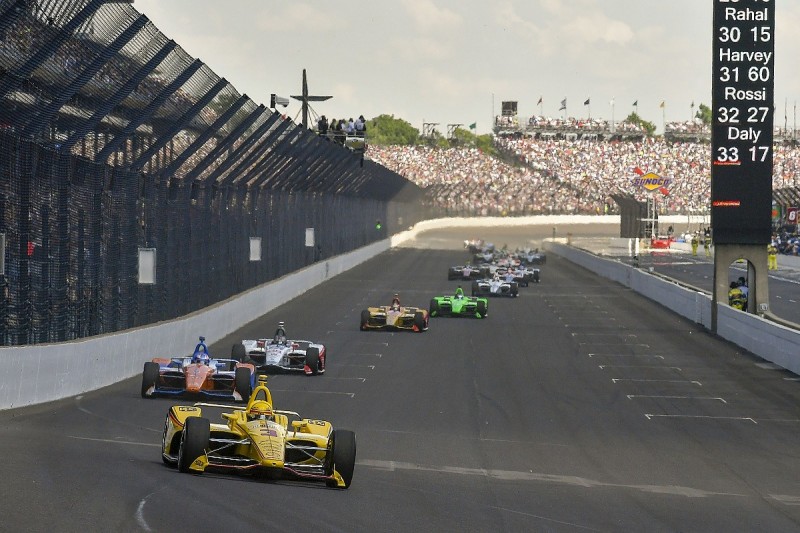 "Myself, when I had the opportunity, I went for it. Maybe with older tyres, maybe it wasn't the time to do it, but I felt everything was gaining momentum.

"It's a shame. It caught us by surprise. We will learn a little more and hopefully, I can convince RP [Roger Penske] to bring me back."

When Castroneves' comments were put to Penske, he said: "It's hard to say no to him, isn't it?

"I have to talk to the president [Cindric] here. He'll figure that one out for me."

Cindric then confirmed Castroneves will return next year.

"That guy was sitting here this morning before I walked in, sitting in his fire suit next to his engineer ready to go, about 6.30 this morning.

"I don't think I've seen him out of his yellow suit since we got here this month. He's ready to go all the time."