Alex Palou has talked candidly about his “tough season” in IndyCar embroiled in a contractual dispute with Chip Ganassi Racing while trying to ensure his Formula 1 hopes come to fruition.

Three days after the conclusion of the IndyCar season, Ganassi confirmed that its 2021 championship-winner would remain on board for 2023. However, this only came after a torrid legal battle through the summer, after Palou embarked on discussions to join Arrow McLaren SP, with the ultimate aim of becoming part of the McLaren F1 line-up.

The Spanish ace has now tested a McLaren F1 car on three occasions – the 2021 MCL35M at Circuit de Catalunya and the Red Bull Ring, and then the 2022 MCL36 in free practice for the United States Grand Prix at Circuit of The Americas. At the start of this month he was confirmed as reserve driver for the McLaren F1 team.

In an interview with Autosport during a presentation of a Movistar+ documentary on his life, Palou described his “very tough season”, in which he took one IndyCar race win and finished fifth in the championship.

“We started the year very well, we were fighting for the championship, but we had some bad moments with the contract issue,” he said. “On a media level it was tough, because everyone wanted to talk to me about the same thing, I couldn't answer because there was a legal process going on, and it was a bit tough. But in the end it was solved, we won the last race in a very good way. So it was a tough year, but also a good year, and ready for 2023.”

On the controversy with the legendary Ganassi team he said it “makes for another documentary” but feels that “it worked out well” in the end.

“We're still at Ganassi in 2023 and I've tested an F1 car three times. Every driver wants to get into an F1 car at least once. I got to enjoy a bit of both worlds.” 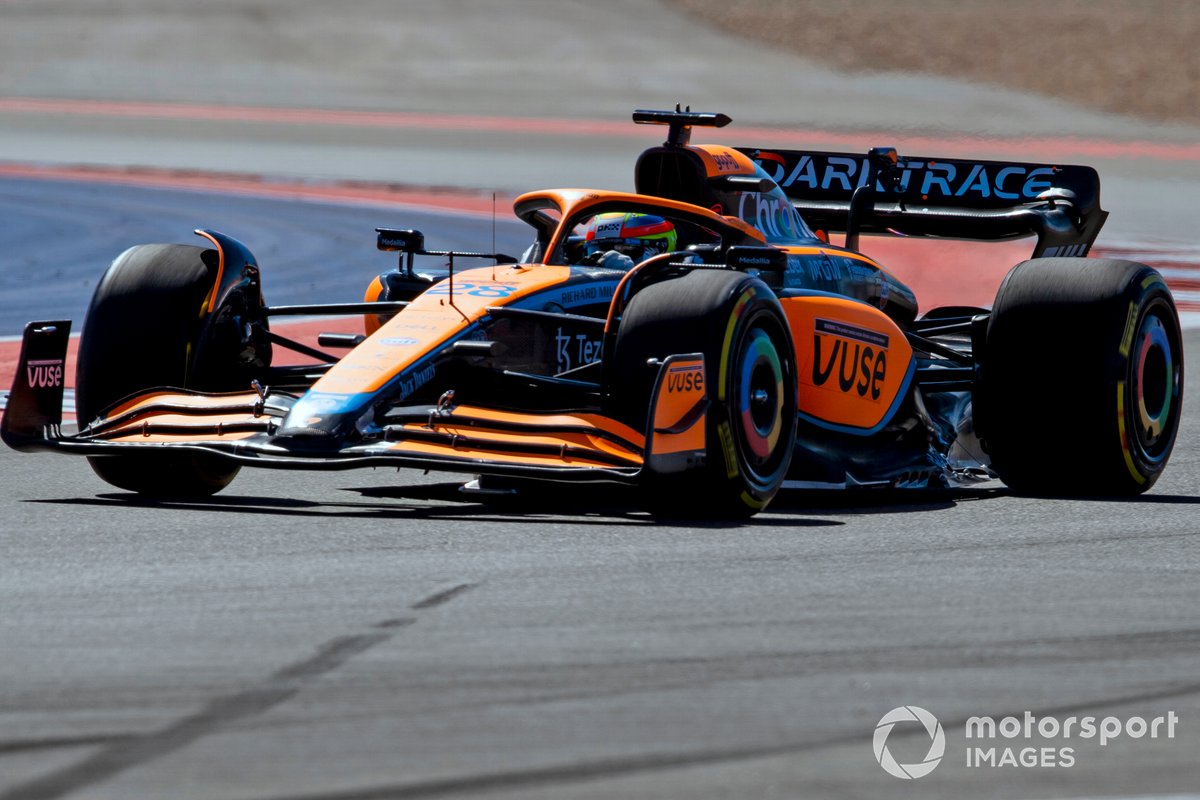 Asked if he knew that the situation would be resolved before he dominated the IndyCar finale at Laguna Seca, he said: “No, it wasn't agreed. At the last race it wasn't closed yet, that's 100% real. It wasn't until two days later when everything was agreed, signed and everybody was happy.

Resolving the matter took “a lot of phone calls” with the team owner Chip Ganassi and with the lawyers.

“There wasn't a moment that changed everything, but we were putting ourselves in each other's shoes and understanding each other,” he said. “We talked a lot, especially in the last race at Laguna Seca, and there I knew it was going to be solved. I didn't know if it would be in one day or two weeks, but I knew it would be solved.

“Now everything is fine, everything is great, as if nothing happened. I will be in Spain until after New Year, and then I will go to Indianapolis. I won't do the 24 Hours of Daytona this year, which is one of the best races there is and I love it, but we start [IndyCar] testing in February and we will prepare there. We will be cold in Indianapolis in January and February and then the season starts.”

Palou asserted there was never a chance that he would take a sabbatical in 2023, but was equally aware that there was no room for him in the McLaren F1 team as a full-time driver.

“It was clear to me that it couldn't happen and that I was going to be racing,” he said. “I knew I couldn't be left without racing. So there was no such thing as someone not letting me race in IndyCar. 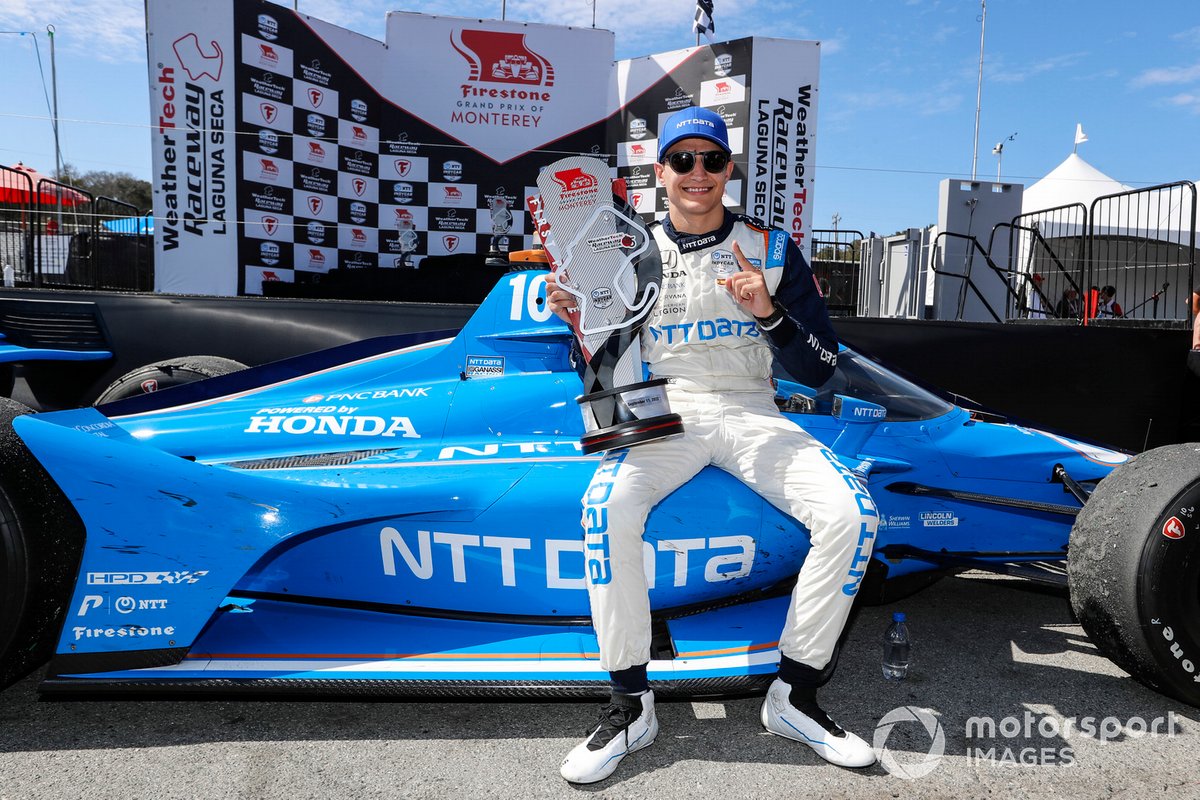 McLaren F1 incumbent Lando Norris told Palou that he “had done very well” in his FP1 outing at COTA, but that his subsequent duties as reserve driver will be mainly confined to after the 2023 IndyCar season has concluded.

“I'm 100% in IndyCar,” he stated. “When we announced [the McLaren F1 reserve driver role] we made it clear that I was going to be a reserve driver only when it didn't coincide with IndyCar.

“I prefer it that way. I don't want to be in Indy 500 and thinking that a McLaren driver has a headache and maybe I have to go and replace him. I don't want to be like that. I want to win races, I know that's how I can be happier and get to do more things or for more years.

“If it doesn't coincide with IndyCar, obviously instead of being at home I want to go and help the team on the track, and once the championship is over I'll be with them. There are no tests planned with McLaren F1 yet, but I guess we will be talking more in the next few days.”

Despite his clear desire to transfer series, Palou insisted he wasn’t obsessed with F1.

“Not at all, I don't think about it too much,” he remarked. “Obviously I'm aware that F1 is the pinnacle of motorsport and that's why I've decided to accept the possibility of joining a team, even if it's as a test driver.

“But at the same time my job is to win races, and if I hadn't won IndyCar I wouldn't have been given the opportunity of F1, so I think the mentality I have to have is the same: to keep trying to win every race.

“I'm already happy that I've been able to try more than one day in Formula 1 and learn so much. And I'm going to learn more during 2023, but I'm not thinking to see if I get the opportunity. As my dad says, I'm in an amusement park every day, so if there's a bigger one and I get a ticket to get in, I'm not going to say no, but I'm not thinking about that bigger theme park. Mine I think is nice enough already.

“I'm not just focused on that. And I haven't thought about being in F1 in 2024. Obviously it would be great, but I see it as very difficult.”