Pagenaud entered the weekend as one of five drivers in title contention, and needed to win the race and have Scott Dixon and Josef Newgarden finish lower than fourth and fifth respectively to claim the championship for a second year in a row.

The 2016 champion vaulted himself into contention by making an unusual off-sequence, four-stop strategy to take the lead and beat Newgarden by just over a second, falling short of the title but securing second in the standings.

Pagenaud admitted he was sceptical ahead of the race that the strategy would pay off and was relying on a yellow that never appeared, in the first clean race at Sonoma since 1970.

"Last night my engineer texted me when I was at the Verizon dinner, and he said, 'We're going to do four stops'," said Pagenaud.

"I said 'what? Four stops never worked here; why would we do four stops?' He said, 'if there's a yellow, that's the best way we can win the championship'.

"It makes sense, but it's a long shot. If it doesn't work out, we're going to end up fifth or sixth in the championship, it's not going to look too good.

"But I was in a very attacking mode this weekend, and I thought, 'hey, why not? Let's try'. And he convinced me." 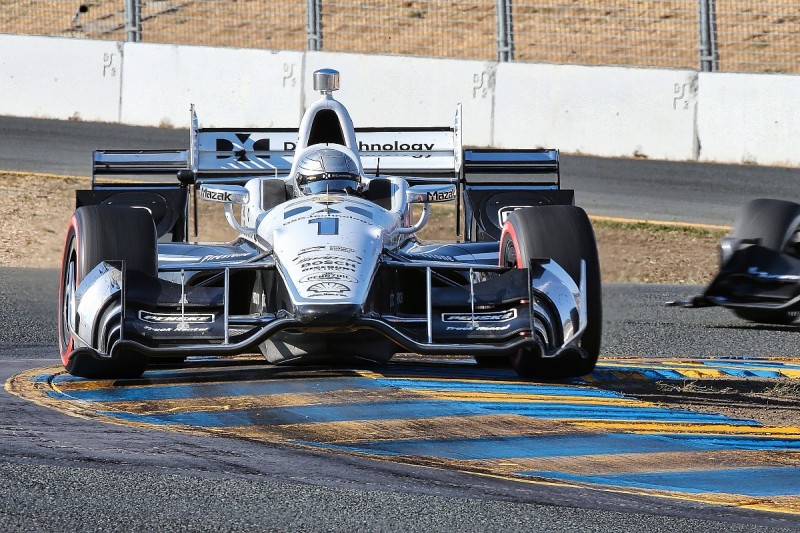 Pagenaud added he still had reservations about the strategy during the race until he started to build a gap over Newgarden in the third stint, ahead of his final stop.

"So then I thought if we keep putting pressure, maybe something would happen."

He emerged from the pits alongside Newgarden, and held on to take the win.

"The strategy worked out really, really well," he added. "It was impressive. The car was just phenomenal all day.

"That's the most I've ever pushed in an IndyCar race."

Newgarden should have been more careful

Pagenaud believes Newgarden should have been more cautious when he attempted to reclaim the lead on lap 65 of 85.

The pair had already collided in 2017, banging wheels at Gateway ahead of Newgarden's victory, which had angered Pagenaud.

When asked if he was surprised by how 'fierce' Newgarden was during the final stages of the race, Pagenaud said: "Yes, I was.

"When I blocked Turn 7 and I saw him diving, I'm like, dude, be careful.

"Especially at the time. If he has a problem, I'm leading the race, I'm champion at the time we're racing; I could see on the sign Dixon was fifth, so I knew we couldn't do anything stupid for the championship.

"But it was more comfortable for me than it was for him, I'm assuming, in my position."