Josef Newgarden has drawn parallels between his own career and that of IndyCar's youngest-ever race winner Colton Herta, following Herta's Austin triumph

Newgarden, who finished second, said Herta did a "phenomenal job" and explained how Herta had followed in his footsteps by spending a season in the UK back in 2015 (below), driving for Carlin in MSA Formula (now British Formula 4).

In 2009, Newgarden made a similar move, racing in MSA Formula's predecessor British Formula Ford, where he finished as runner-up before switching to Formula 1 support series GP3 in 2010 and then Indy Lights for the following season.

"He's done a very similar thing to what I did," said Newgarden.

"A couple years earlier he went over [to the UK] at 16 or so. I was 17, 18. I went over with a Team USA scholarship, different than what Colton did.

"That UK training ground is really solid. I think those years that Colton spent there was time well spent.

"Then he came back to America, straight to [Indy] Lights, then obviously to IndyCar here. So, it was a pretty good path." 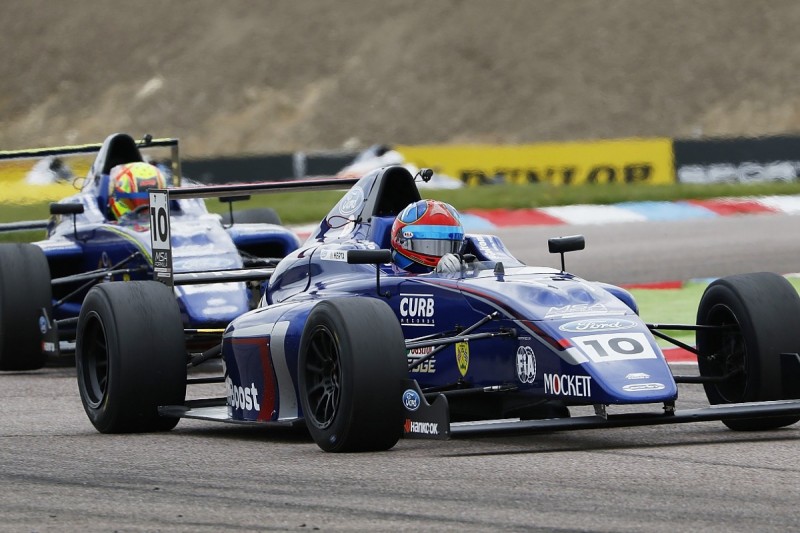 Ryan Hunter-Reay, who finished third at Austin, also praised Herta for his success, but pointed out that his own career path differed to that of the 2018 Indy Lights runner-up.

"Colton did a great job," said Hunter-Reay. "He's been quick ever since he hit the track [at Austin] in the open test. No surprise he was up there [in the race].

"It's another thing to go ahead and seal the deal when you're out front. He did a great job.

"When I was 18, I thought a Barber Dodge Pro Series car was a big deal back then. That was a lot of horsepower. This was the big league.

"[But] he just won an IndyCar race. Pretty amazing stuff. I think that puts it in perspective.

"It takes a lot, especially when you consider Colton went to Europe just to kind of I guess learn on his own, as Josef did.

"Colton spent time over there when he was really young. The kid's growing up fast, for sure."