Newgarden led only three laps compared with his teammate’s 186, but one of them was the final one, as he gained momentum through Turns 3 and 4 to pass McLaughlin around the outside on the run to the checkered flag. His winning margin was 0.0669sec.

“I'm telling you, I was yelling!” said Penske’s two-time champion. “I was on the radio way before the line, which I don't normally do. You don't do that. You stay in the race.

“I was just so pumped up that the car was sticking, I wasn't flying towards the fence. But I've never had a race end that way. I've never been in a position to capitalise on that type of victory.

“I was really excited. Still really am. That's one of the coolest wins, probably the coolest win I've ever had in the #2 car. Hopefully we have more of those. Yeah, really, really neat to be a part of that.”

Newgarden had to climb from seventh on the grid, and at one point had dropped to the fringes of the Top 10, but an early first stop due to a vibrating right-front tyre meant that he was on fresh rubber for several laps longer than the lead group. That, slick work by his pit crew and strong out-laps meant that by the time his front-running rivals had also made their first stops, he was up to second place, behind only McLaughlin.

Newgarden stayed in the lead battle thereafter, although there was much order-shuffling among the top six in the final stint as drivers were forced to fuel-save and fought to not be leading the group, which hurts fuel mileage. 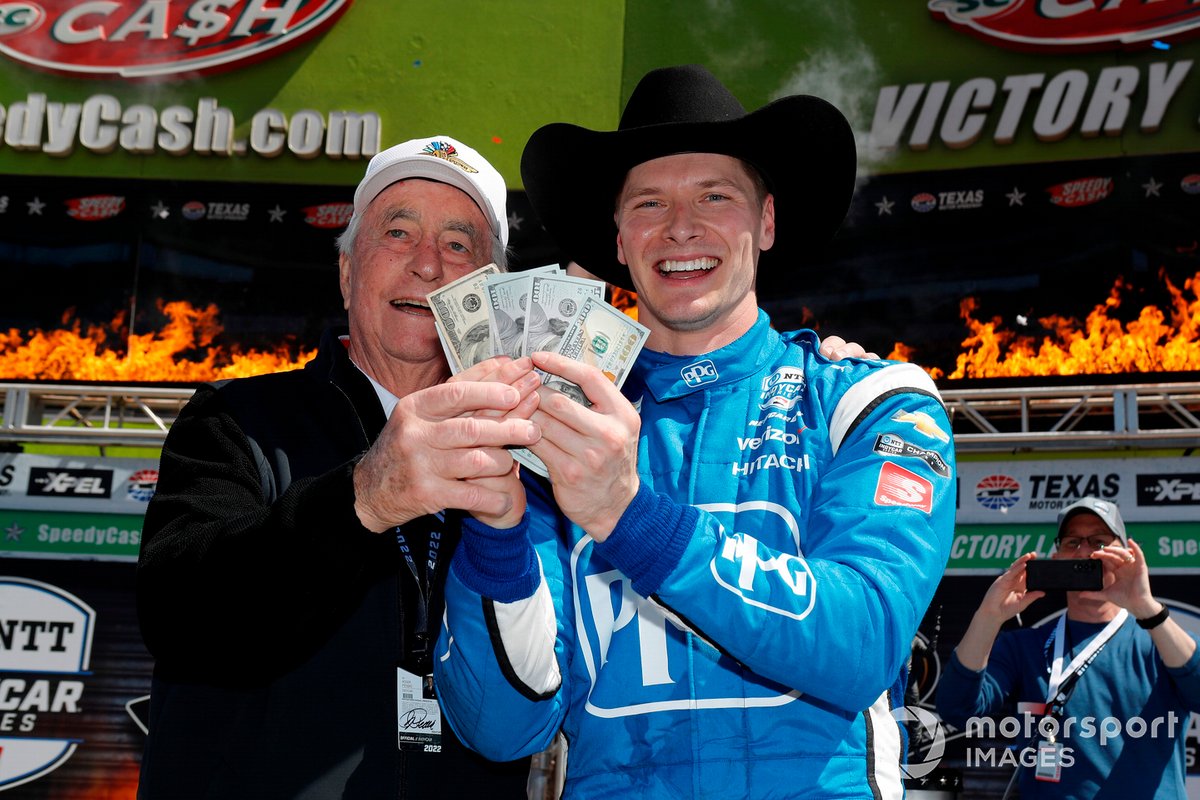 “It was a race of patience, for sure, for us at least,” said Newgarden. “We tried to manage all the way throughout. We had a lot of adversities to work through. We had a right front that was coming apart on the first stint. We got through that. It actually worked out pretty well. We cycled up to second. Scott was way up the road, started closing the gap. Obviously had the big yellow in the middle.

“Kind of the final restart, I just got my doors blown off by everybody. There was a ton of fuel to save at that point. Seemed like no one was worried about doing that right away. I must have went back to sixth or seventh. Kind of methodically got back forward.

“At the end I was like, ‘Scott is going to be hard to beat with traffic. He's been strong this whole time.’ He was strong last year, strong at the test. I thought if we just had clear running, we would have a great fight. We probably would have been dicing back and forth the entire time…

“I literally conceded with two laps to go, ‘It's just not going to happen.’ I literally almost lost it off T4 pushing hard to get close. He did a good job, he was in position… But that mindset changed as soon as I got to corner 3! The traffic just presented a great opportunity to really… get after it, try to do something to win this race.

“I went high side. If I hit the fence, I hit the fence. Scott is still the winner, it will be a great day for the team. I was so pumped. I've never been so excited. I got on the radio like in the middle of Turns 3-4, I was like, “No way!”

Asked what he felt about scoring the 600th win for Team Penske across all motorsport categories, Newgarden replied, “The Captain is so true to his word. He gave me $600 in pitlane, in cash. We're going to In-N-Out is what we're going to do.”