Santino Ferrucci says his top-10 finish at Texas Motor Speedway was “all we had” after his surprise IndyCar call-up.

Ferrucci – who said he expected to be “racing his couch” – stood in for Jack Harvey in the #45 Rahal Letterman Lanigan, who was ruled out of the first oval race of the season following a big crash in practice on Saturday. Ferrucci finished ninth and on the lead lap, despite making four pitstops compared to most of his rivals’ three.

Speaking to NBC after the race, Ferrucci explained: “I just came to the track [on Saturday] to hang out, see some friends, then I was out to dinner when Rico [Nault], our team manager, called and said, ‘Hey man, do you have stuff here?’ I’m like, ‘Yeah bro, I live just 35 minutes from the track in Dallas’.

“He asked if I could make it to the track early, just in case, so I showed up at 9am and they were changing the car out and putting my pedals in. I had six laps of warm-up in a seat that wasn't mine – so I was floating around and I couldn't see over the steering wheel – that was fun!

“I strapped in for the race and it was full send from there. I can't be more happy with how everything turned out, and it was a lot of fun. I can’t thank Rahal, Letterman and Lanigan enough for trusting me and allowing me to jump in this car and it’s a big deal to come out to a superspeedway like this without any practice, but we did it and I just hauled.”

The result was Ferrucci’s ninth top-10 finish on an oval and he has already been confirmed at Dreyer & Reinbold Racing for the Indianapolis 500.

“These guys built a brand new race car last night – they rolled out Jack’s Indy 500 car, which I’ll be competing against in the 500, and it was ‘take care of our baby, our pride and joy’ – and I respect that, I raced this car last year,” he added.

“I wasn’t told to hold back much, I was being quite conservative in myself, and once I got to halfway I just let loose and we worked our way into the top 10. And that’s all we had. We just stayed there.” 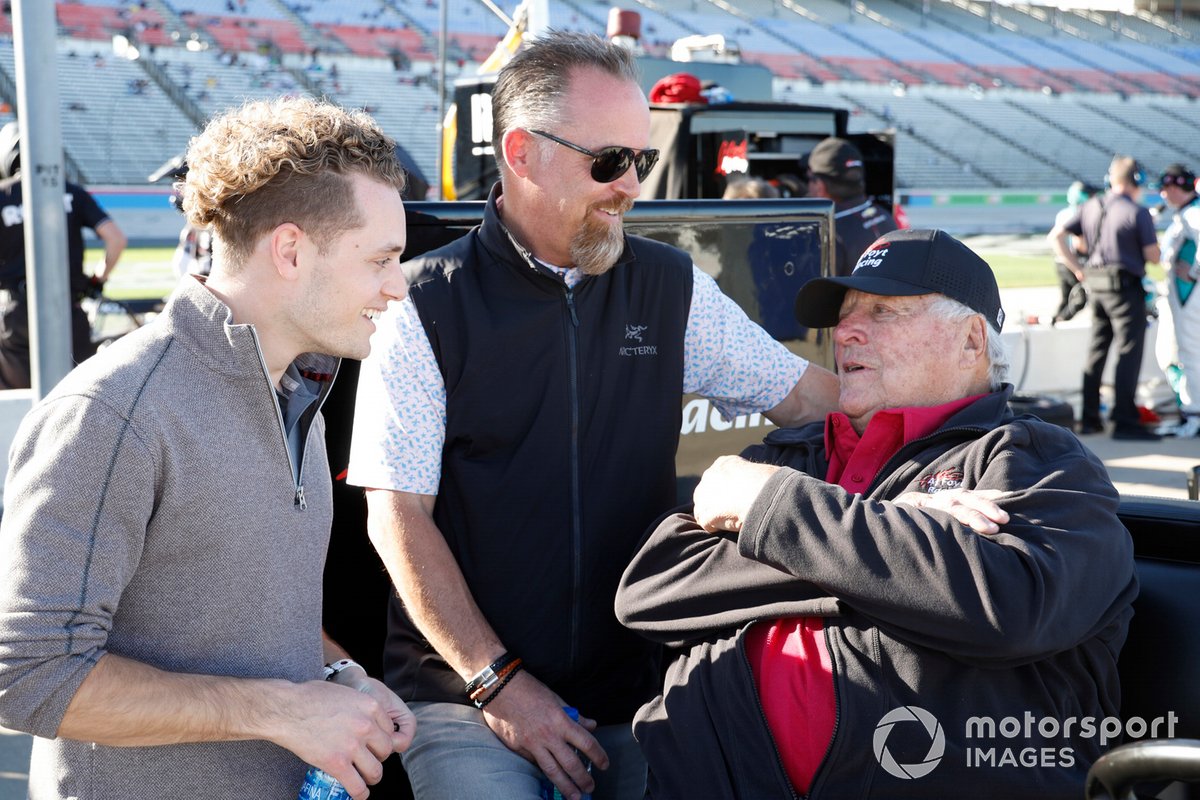 Ferrucci’s day was as good as it got for the RLL team, as Graham Rahal was eliminated in a shunt on lap 129 with Devlin DeFrancesco and Helio Castroneves, and rookie Christian Lundgaard’s day ended early following contact with Colton Herta.

“I thought we gave [DeFrancesco] room, but I need to see it,” said Rahal who qualified last but had climbed into the top 10. “Third man in needs to be first man out.

“I was trying to give Helio room on top too and being stuck in the middle was a little tough. We're going to soldier on here. I feel bad for the team. But it's part of the game unfortunately.”

Lundgaard, for whom this was a first oval race, said of his accident: “It was a tough one to swallow at the end, I had some contact with Colton. In the end I'm happy to have the car in one piece, but it was one hell of an experience.

“I think the car was great all day, dirty air definitely makes a difference, but the car was just awesome in clean air. By the end we were catching up to everyone pretty quickly. We were basically the fastest car on the track at that point for quite some time.

“So I think as a first experience I can be satisfied, be happy. I came back in again because the car just didn't feel right afterwards. I wasn't going to put the car on the line, we were four laps down anyway at that point so we will take the experience and look forward to Long Beach.”