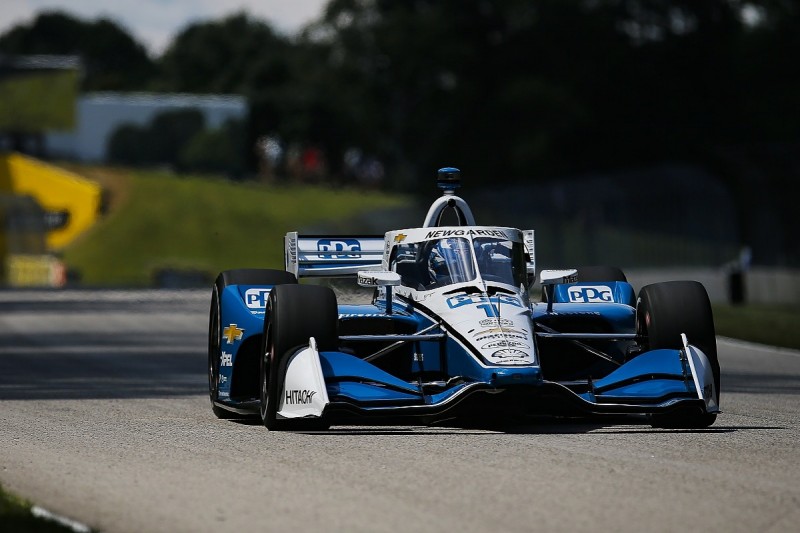 Qualifying for the first race of the double-header - which will be held in front of fans for the first time this season - saw the field split across two 14-minute sessions, with the fastest driver from the quickest session starting from pole.

Newgarden topped the second session on a 1m45.519s, which was two-tenths faster than session one pacesetter Jack Harvey.

This marks Newgarden's second pole of the year after clocking the fastest time at the opener in Texas, and the second successive weekend that Michael Shank Racing's Harvey has been narrowly pipped to his maiden IndyCar pole by a Team Penske driver.

Last weekend on the Indianapolis Motor Speedway road course it was Newgarden's team-mate Will Power who claimed pole, and he was amongst the pole favourites prior to qualifying after topping the solitary practice session earlier on Saturday.

However, Power could only manage fifth on the grid, with the second row comprised of Andretti Autosport's Ryan Hunter-Reay and Graham Rahal.

Colton Herta, who became the youngest-ever IndyCar polesitter at this circuit last year, will share the fourth row of the grid with Chip Ganassi Racing's Felix Rosenqvist. 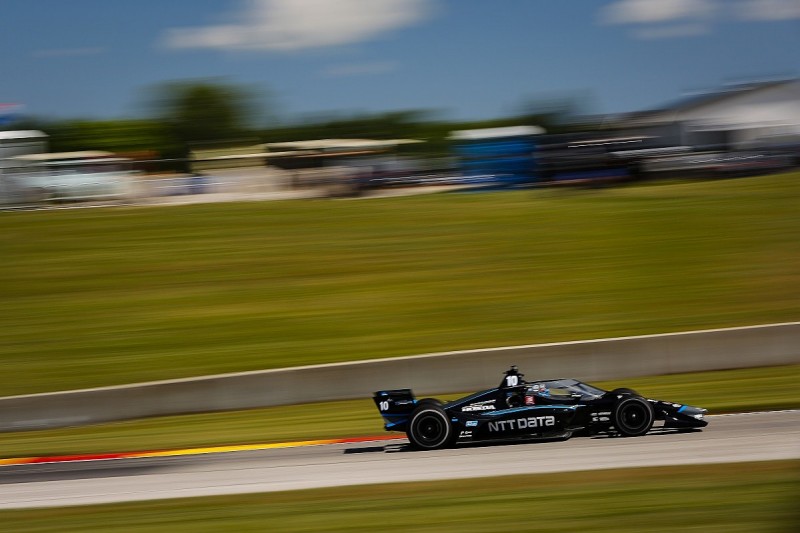 Rosenqvist led the majority of the opening session before eventually slipping to fourth in the session and eighth on the grid by the time of the chequered flag.

His championship-leading team-mate Scott Dixon, who has started the season with back-to-back race wins, will start Saturday night's race from ninth on the grid.

Dixon will be joined on the fifth row by Marco Andretti, who earned his best grid position of the season so far in 10th.

Alexander Rossi's difficult start to the season continued as he could only manage 11th place on the grid, despite dominating last year's race at the circuit.

Simon Pagenaud could only muster a lowly 17th place, so the 2016 series champion will hope to repeat his charge from 20th on the grid to third last weekend at IMS.

How Ganassi's pursuit of perfection is paying off