Alonso could well compete in the 2019 Indy 500 instead of a full season in IndyCar, and he has recently shown interest in NASCAR's Daytona 500.

While Alonso's first Indy 500 bid ended with an engine failure after leading 27 laps and competing in the lead pack, he completed the second leg of his triple crown bid by winning Le Mans earlier this year.

Montoya won the 2003 Monaco Grand Prix between two Indy 500 victories, and is another driver capable of winning the triple crown, requiring just a Le Mans win.

He won both of his Indy 500s while competing full-time in the US.

"I think probably the best way to win Indy is to do a full season [in America]," Montoya told Autosport.

"If he gets it done and does one or two seasons there, that sounds like what it's going to be and what people are talking about happening.

"He's probably just trying to give himself the best chance possible [to win Indy], to do a few ovals, and that way he will be more prepared for Indy.

"I think he's been in F1 long enough and he wants to try something different." 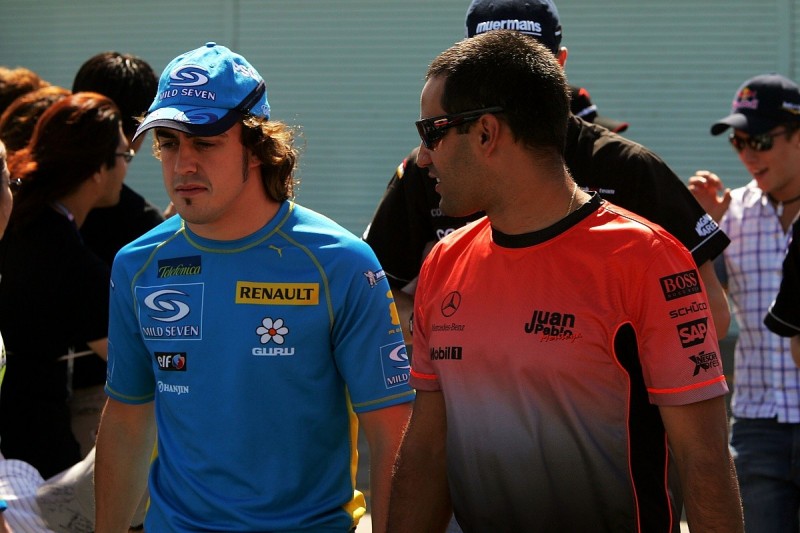 Ex-Williams and McLaren F1 driver Montoya made his Le Mans debut this year alongside Will Owen and Hugo de Sadeleer, taking third in the LMP2 class in a United Autosports Ligier Gibson JSP217.

But the 42-year-old said his focus is not dedicated to winning the triple crown at this stage of his career.

"It's funny as I went to Le Mans and finished third in class, I'm pretty happy with that," he added.

"It would be awesome to win Le Mans, winning Le Mans and the triple crown.

"If there's a possibility to win it then yeah, it's great, but my racing is not focused on winning the triple crown. I just want to win races.

"If I get a shot at winning Le Mans overall, that would be huge.

"But you never know how it will play out."

Montoya is racing in the IMSA Sportscar Championship with Penske this year, but says any shot at a return to the Indy 500 would be welcome.

He attempted to get a seat in the 2018 race, but Penske would not run an extra car for him.

Penske was said to have prevented him racing elsewhere, with Schmidt Peterson Motorsports unable to complete a deal with Montoya.

"If Penske would come and say 'run Indy with us', then it would be a lot of fun to do that again," he added.

"IndyCar is fun, the Indy 500 is a special event. "I think the reason I've done everything I've done is because I love racing."