The Russian will stay with the Honda-powered outfit for a second season as James Hinchcliffe's team-mate, having taken pole and finished second at Pocono last year on his way to 15th in the points.

The 29-year-old made his IndyCar debut in 2014, but that campaign ended with fractured ribs, a broken right clavicle and severe internal chest injuries following a huge shunt in practice for the final round at Fontana.

US sanctions against Russian companies meant Aleshin's time in the series was put hold in 2015, only contesting the Sonoma finale after spending the year in the European Le Mans Series.

Those sanctions were thought to be a stumbling block in SMP Racing and Aleshin's plans for 2017, but an agreement has been finalised.

"We've been eager to maintain continuity, with both the engineering department and - for the first time in our five years in IndyCar - our driver line-up," Sam Schmidt told Autosport's sister title Motorsport.com. 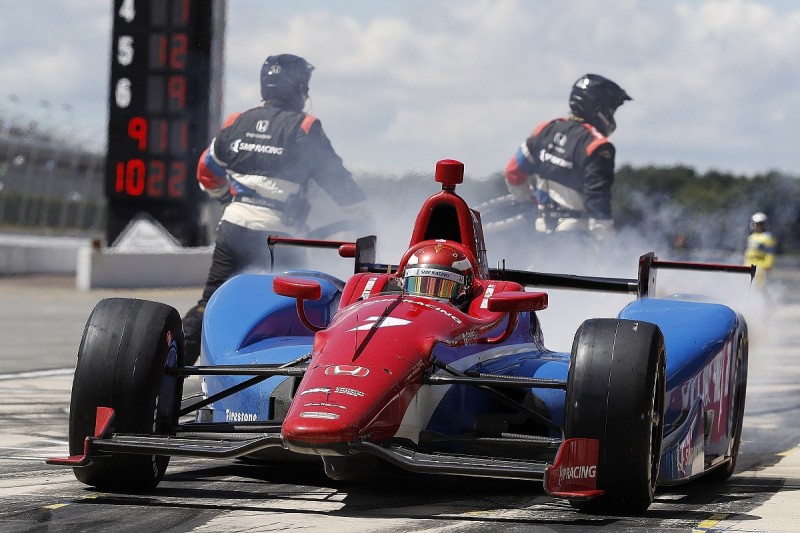 "Yes, 2016 was Mikhail's second year with us but there was a year's gap in between and he didn't have the same team-mate, because in 2014 we still had Simon [Pagenaud].

"Mikhail got better and better as the season went on in 2016, and was sometimes the best-qualifying Honda car - and best qualifier altogether at Pocono.

"So it was worth making a lot of effort to try and get him back because he's only going to get better."

It is understood the 2010 Formula Renault 3.5 champion will also help develop Dallara's LMP1 car on the simulator at its Indianapolis facility.

Aleshin and Hinchcliffe will test at Sonoma on February 7 and then Phoenix on February 10-11, as part of Schmidt's build-up to the St Petersburg season opener on March 12.

"It's a big year for the team," Schmidt added.

"We've used all our mulligans, we've got no excuses; we have everything we want in place so now it's time to go and get better results.

"With Mikhail, if we can pick up where we left off last season, then it's going to be really good for both of us."