McLaren's IndyCar ambitions may have may have "missed the boat" for the 2019 season, says Carlin team boss Trevor Carlin

The Formula 1 team has hinted it is considering a two-car IndyCar team for next season, and has held discussions with engine manufacturers Honda and Chevrolet.

Carlin joined the IndyCar Series for 2018 despite missing its self-imposed deadline of last September by a month, requiring it to play catch-up in the first half of the season before becoming increasingly competitive.

"If a team like McLaren wanted to set up a whole new team, they should be well under way doing it with four or five cars, trucks, equipment and trying to get staff," Carlin told Autosport.

"I can only speak from our experience, but we had the go-ahead at the end of October [2017] and it coincided with a new car package, which meant Dallara was stretched, so we didn't get our first car until after Christmas and testing started a week or two later.

"It might be easier for new teams this year, but it's still tough." 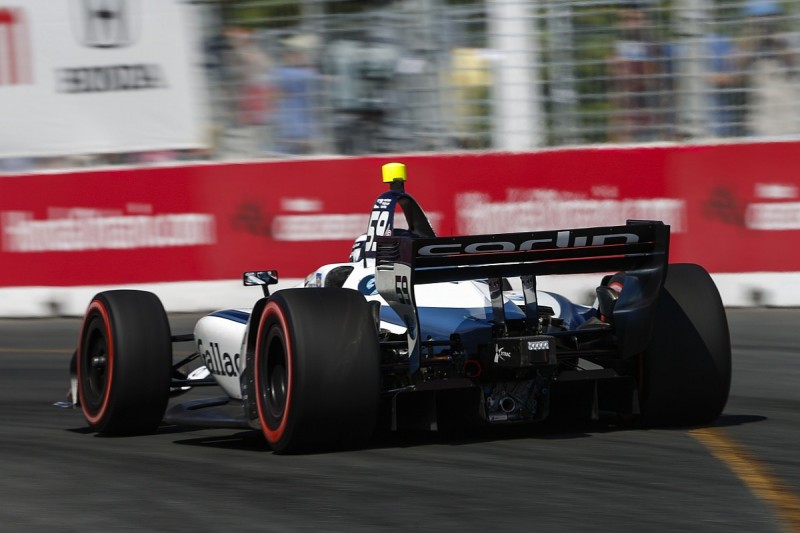 Carlin believes McLaren's finances will help make up time, but that recruitment will be the biggest stumbling block.

"It depends if they can get decent people and how quickly they get them," he said.

"Most decent people are working so you won't get them until the end of the [IndyCar] season in September.

"Obviously, huge budgets play a part and you can get moving quite quickly, but, at the end of the day, it's about getting the right people, not just spending cash.

"A team with money like McLaren will find buying cars and equipment easier, but staff is another level.

"A partnership [like the McLaren-Andretti entry at the 2017 Indianapolis 500] is just putting a car in an existing team, that's basically sponsorship and much easier.

"But McLaren seems to want to do their own team, so they should be on the job themselves."

Rutherford won Indy with McLaren and 1974 and '76, and was an ambassador for its 2017 Indy programme with Fernando Alonso.

"Honestly I think they're too late for doing it for next year," he told Autosport. "I think they need to start now for 2020.

"I don't know exactly what's going to happen with McLaren."

"It's a lot different, it's a time-consuming effort and they need to do some testing, they need to hire somebody that knows the circuit and put them on the right track," he said.

"There's a lot of questions that need to be answered."