After five years on the F1 grid, Ericsson will become James Hinchcliffe's full-time team-mate at SPM next year while retaining a test driver role with current employer Sauber.

"Definitely there will be high expectations on me," he said of his IndyCar move.

"I would expect nothing else. I come from almost 100 races in F1, five years there.

"I've built up a big experience which I think will benefit me making this step.

"So I definitely feel that there will be high expectations, which is something that I think is right.

"And that comes with pressure as well, but that's something that I'm used to.

"Being in F1 for five years, you always have that big pressure on your shoulders to deliver so that's nothing new.

"I come over here expecting myself to be up there and getting to it quickly.

"But I also know it's going to be requiring a lot of hard work from me because everything will be new.

"The competition in IndyCar is extremely tough as well.

"It's very important to not underestimate it. It's going to require a lot of hard work.

"But I'm sure that I will do all that homework and be able to be successful." 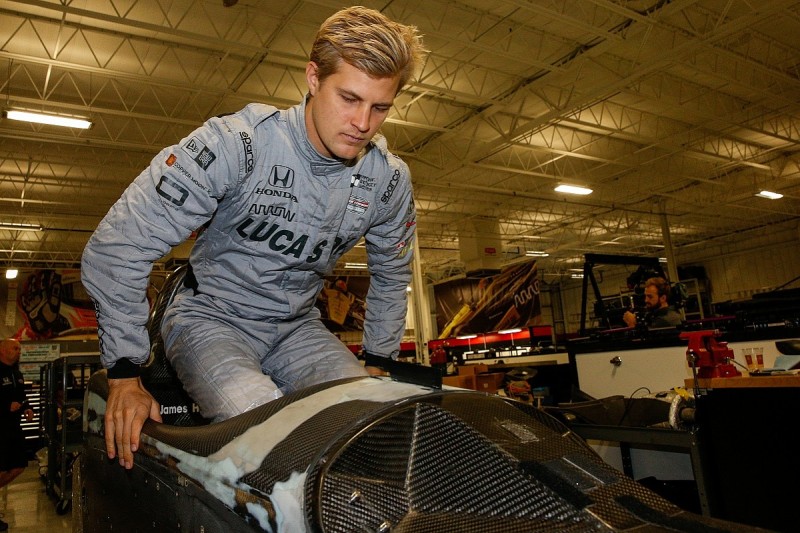 The 29-year-old Swede is aiming to make his stay in IndyCar a long one.

"I see myself being here for many years," Ericsson added.

"I want to come over here and do well, make myself a career over here.

"But with that said, I don't close any doors."

Ericsson said he had consulted with Fernando Alonso and former F1 racer Alexander Rossi, among others, about making the switch to IndyCar, and received positive feedback.

"I know Alex quite well, he's a good friend of mine," he said.

"He's only saying good things about it. He's been really telling me 'if you get the chance, you have to come over, the racing is great, the atmosphere between the drivers and the fans is just really, really good.'

"That's also the sort of feeling you get from the outside, as well, looking at IndyCar. It looks like such a fun series to be part of.

"Then I also spoke a bit with Fernando about it. Fernando said it was just an amazing experience doing the Indy 500, that he had so much fun."

Ericsson has already had a seat-fitting with SPM and hopes to make his IndyCar test debut before Christmas.