Colton Herta put Andretti Autosport on top in opening practice for the IndyCar season finale at Long Beach, while champion-elect Alex Palou shone with third on his track debut.

The famous California street race was cancelled in 2020 due to the pandemic, meaning second-year driver Palou had never previously driven around the 1.968-mile track.

But the Chip Ganassi Racing driver, who heads nearest rival Patricio O'Ward in the standings by 35 points and needs only an 11th place finish to be guaranteed the title, enjoyed a clear run during a session that was red flagged three times due to incidents for Josef Newgarden, Oliver Askew and Dalton Kellett.

Moments after newly-announced Andretti Autosport signing Romain Grosjean's Dale Coyne Racing with RWR machine went too deep at Turn 9 and reversed out, title outsider Newgarden did the same having locked up when his front wheels got airborne over a bump.

The Penske driver's spin resulted in him merely kissing the tyre wall, but when he tried to get going again, the car stalled.

Rahal Letterman Lanigan driver Askew, who is auditioning to drive the team's third car full-time next season, caused the second red flag when he clipped a wall with his right rear tyre, resulting in a bent wishbone and a flat tyre.

Kellett's AJ Foyt Racing entry then caused the the third red flag with a repeat of Newgarden's early off at Turn 9.

Amid the interruptions, Herta was the early pace-setter with the first sub-70s lap, before he was usurped by two-time Long Beach-winning team-mate Alexander Rossi. 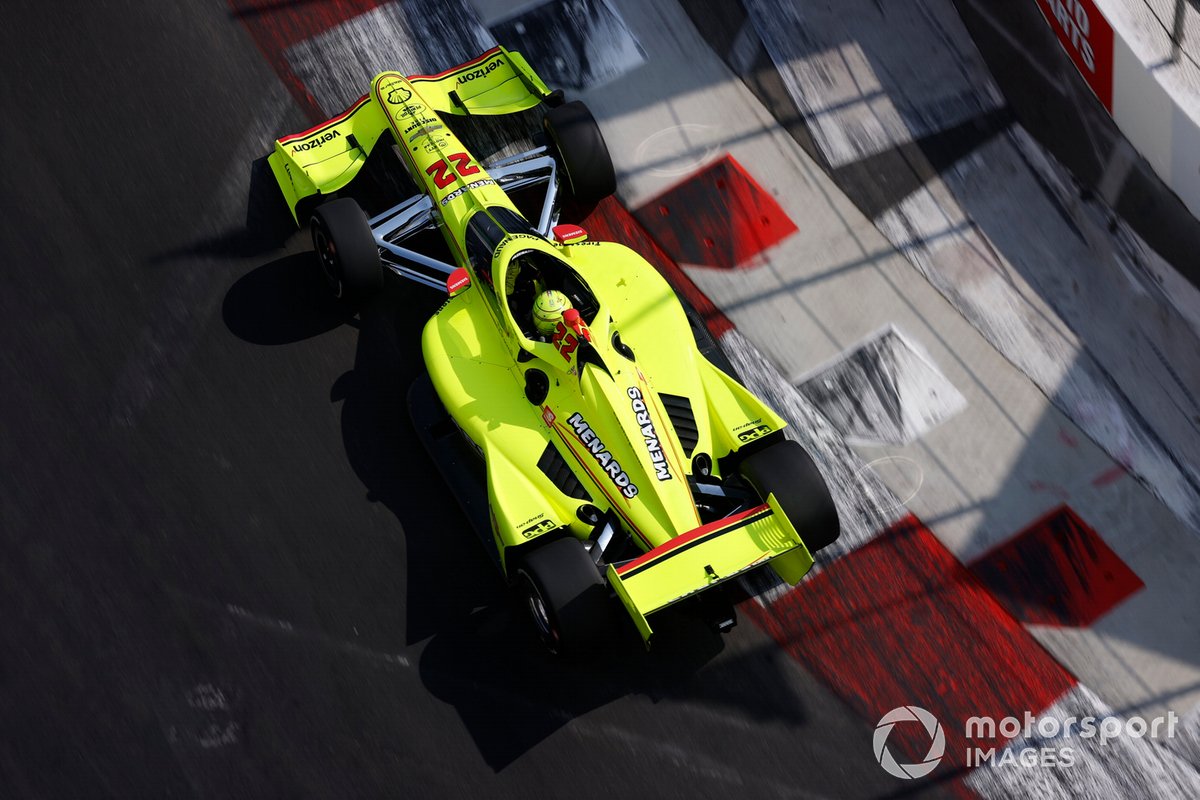 Fresh from his second win of the season at Laguna Seca last weekend, Herta then cut more than half a second from his best to return to the top spot on 1m09.268s, with Rossi, Ryan Hunter-Reay and James Hinchcliffe briefly locking out the top four for the Andretti squad.

Palou then upset the Andretti symmetry with a 1m09.455s to go second, although 2016 champion Simon Pagenaud – earlier to be found down an escape road – jumped ahead of him to end up as Herta's closest challenger 0.165s adrift.

Rookie Scott McLaughlin was second fastest of the Team Penske contingent with seventh as Hinchcliffe, Rossi and Newgarden completed the top 10.

McLaughlin's rival for rookie of the year honours Grosjean clocked the 11th fastest time, while title challenger O'Ward endured a disappointing session to end up a very disconsolate 16th.

After a couple of confidence-sapping spins, Jimmie Johnson brought up the rear of the 27-car field two seconds off the pace.