In IndyCar's first visit to the hilly California venue since the 2019 finale, after a planned double-header in 2020 was scrapped due to the ongoing pandemic, Newgarden came out of the blocks fastest to shade Herta by a mere 0.080 seconds with a benchmark time of 1m11.7125s set on his fourth of 11 laps completed.

Ed Jones was one of the stars of the session, going fourth fastest in his Dale Coyne Racing with Vasser-Sullivan entry, as Alexander Rossi in a second Andretti car completed the top five.

Oliver Askew did his hopes of landing a full-time drive with Rahal Letterman Lanigan in 2022 no harm at all by going sixth quickest in the team's third car, outpacing team leader Graham Rahal (17th) and the DCR-linked Takuma Sato (19th). 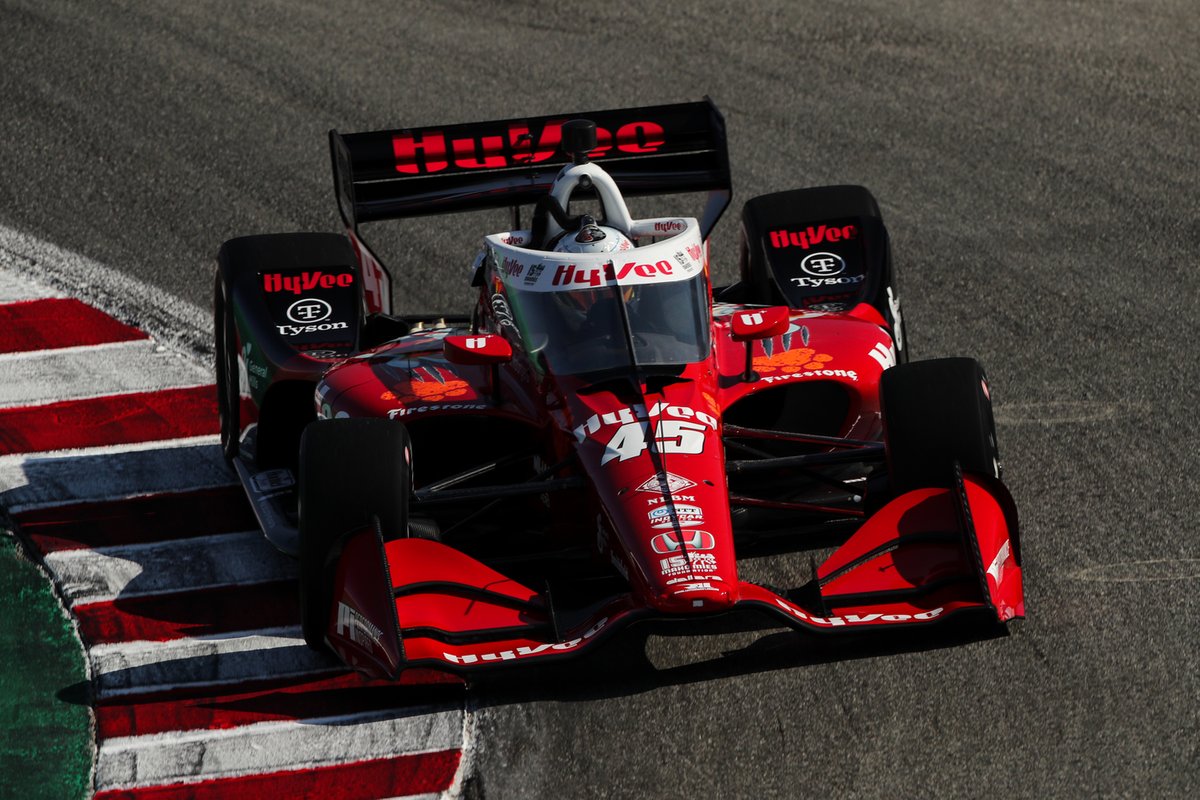 Harvey's team-mate Helio Castroneves brought out the red flag when he skidded into the gravel at the 180-degree Turn 2 with 18 minutes to go. The four-time Indianapolis 500 winner, the only driver other than Herta to have won at the track in Indy cars after his victory for Team Penske in 2000, appeared to have inflicted only minor damage.

At a track where he's tested twice before, NASCAR legend Jimmie Johnson was encouraged by lapping only 1.5s off the pace in 24th.