If Palou's lead after this weekend's Laguna Seca round exceeds the maximum 54 points available for a win, plus the bonus points for pole, leading a lap and for leading the most laps at next week's Long Beach finale, Dixon will be unable to win the title.

Should that scenario come to pass, Dixon said he would be prepared to help Palou in his battle against Arrow McLaren SP's Patricio O’Ward and Team Penske driver Josef Newgarden at Long Beach.

Asked on Friday at Laguna Seca if he was prepared to play wingman for Palou, Dixon replied, “Of course! I had a few years like that with Dario [Franchitti].

“Goal number one for me is to keep the championship with Chip. He’s the guy that butters the bread, so yeah, that’s the main goal.” 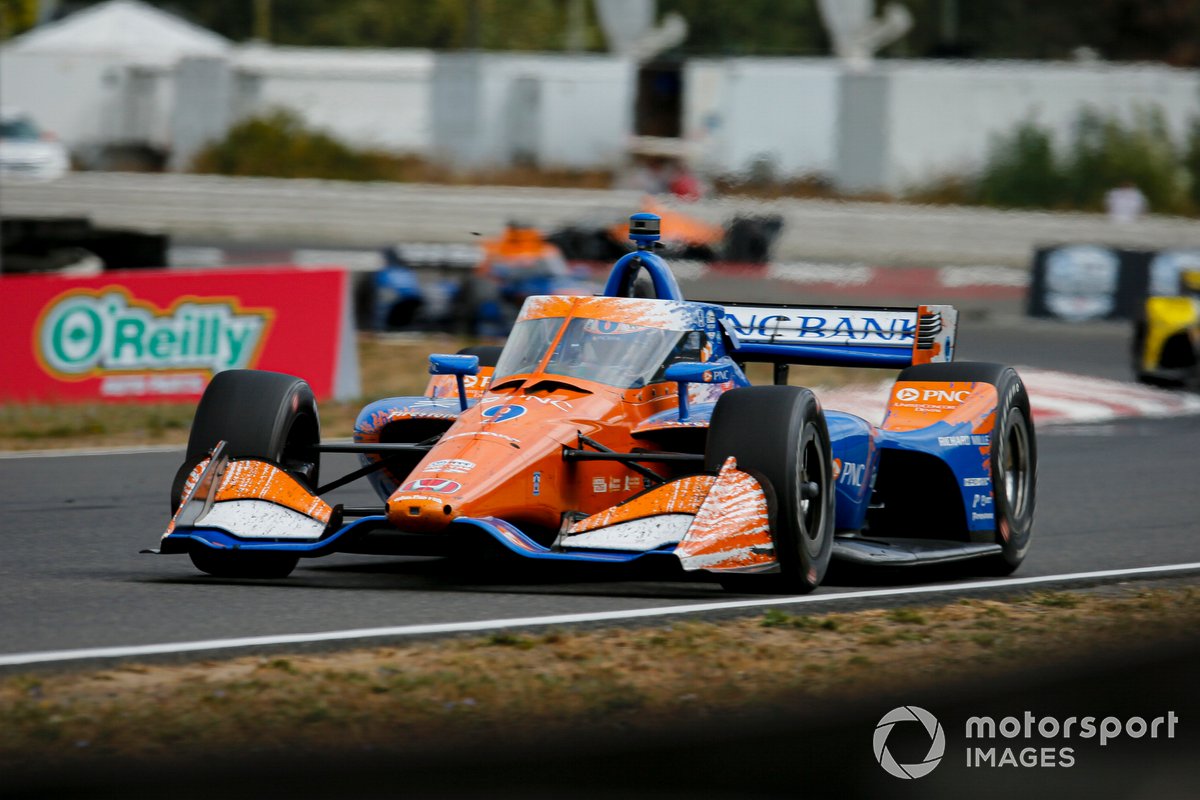 The biggest points swing this year occurred in the Indianapolis 500, where polesitter Dixon lost a lap when his car wouldn't re-fire in the pits and finished 17th, while Palou finished a close second to winner Helio Castroneves.

“We’ve had races where we thought we’d have good results and we’ve been a little bit off, or we’ve missed on one of the sequences.

“Even last week [at Portland], we had got ahead of the #10 [Palou] but got jumped on a pitstop sequence. Places where we needed to make sure we capitalised, it’s been very tough.

“Losing all those points like we did at Indianapolis 500 was another bad one. We lost 50 or 60 points to the #10 car in a single race.

“It’s fun to still be in the chase even with such a ‘blah’ year, but ultimately we’re all here to win.”