Wilson has been out of action for the first four races of the season, left without a permanent drive in America's single-seater top flight for the first time in 11 years.

He ultimately secured an Andretti seat for the Indianapolis road course race and the Indy 500 - and is now trying to turn it into a full-time drive for 2016.

"It's a gamble and you never know," he admitted.

"Andretti are working with a couple of different sponsors and partners to make it happen - all I can do is cross my fingers."

Seven times a Champ Car/IndyCar race winner but never a champion, Wilson parted ways with Dale Coyne Racing in the off-season after a second three-year stint with the team as he looked for a drive further up the grid.

"I felt it got to a certain point in my career where it was time to do something different," Wilson said.

"I reckoned that if I wanted a chance to drive for one of IndyCar's top teams, I had to take a risk."

He admitted that other deals had fallen through before he salvaged the part-time Andretti drive.

"There was one team I thought I was very close to signing with," said Wilson, who topped the morning practice session at Indy on Sunday in his first Andretti appearance.

"Things were looking good and then that deal collapsed in late December.

"And then, at least on two occasions, Andretti Autosport thought they'd have a full-time seat for me, but the sponsorship just didn't come through.

"So that's three times in the off-season where I thought I had a drive. But it didn't work out. That's just how it goes."

Wilson's luckless off-season extended to the Sebring 12 Hours, where he signed for Michael Shank Racing only for its Ligier to retire with heavy damage before he got a chance to turn a racing lap. 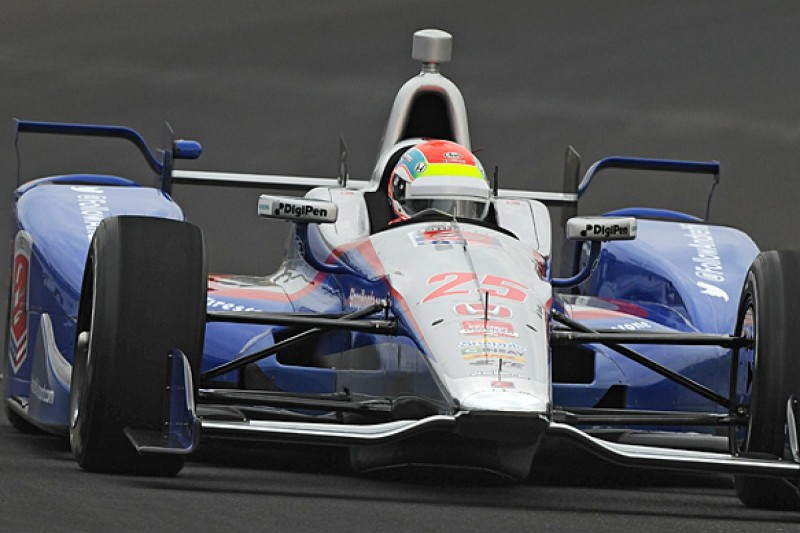