Jimmie Johnson says getting his IndyCar’s tyres up to temperature while they’re still at peak grip level has been one of his main challenges as he learns about open-wheel racing.

The seven-time NASCAR Cup champion has tested at Barber Motorsports Park, Sebring and Laguna Seca, and has found that aside from trying to exploit his Chip Ganassi Racing Honda’s aerodynamic grip, he’s also been too “gentle” on his tyres on out-laps.

He described an IndyCar as “a monster", and has added Formula 3 outings to his programme to help build up his single-seater experience.

"It's a monster - that's the best way I can put it. There's so much power, so much downforce, so much grip. It's wild to drive," he said.

“One big challenge I'm dealing with is trying to get the tires up to their peak pressure and peak temperature when there's still enough grip in the tyre.

“I'm more delicate with the car than I need to be, so my fast lap is two to three laps after the desired fast lap, when the tire has the most ability in it.

“Being able to drive some of these lower division formula cars, they have the same stuff to worry about – and it's nothing that I ever worried about in a Cup car.

"Your first lap in a Cup car was always your fastest, then it just progressively got slower, and it's quite different in a lightweight formula car. 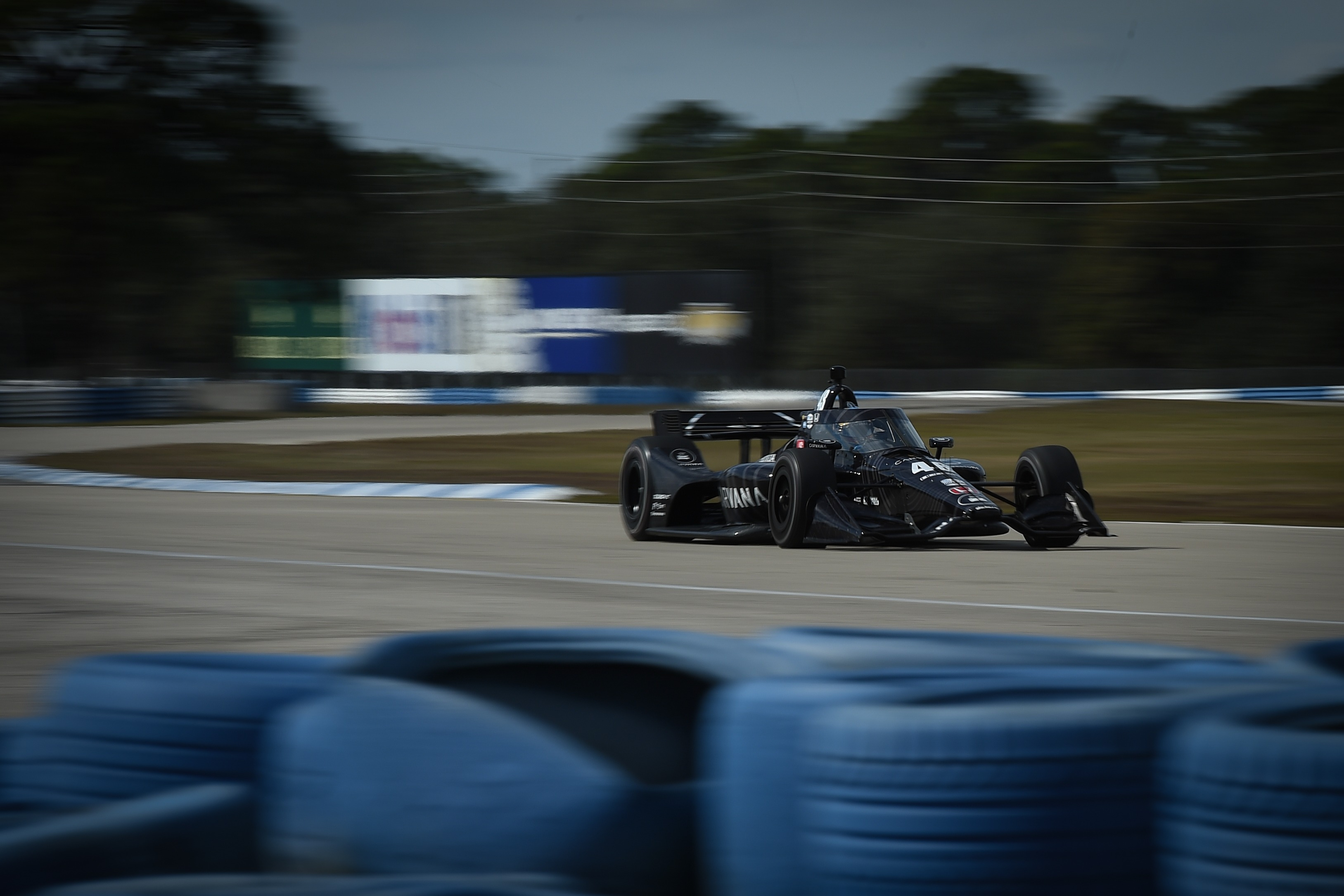 “I had a lot of great lessons learned there about bringing tyres in. I'm still not where I need to be, but I'm so thankful for those laps. I was also able to experience some tracks that I hadn't been on before.

“It was good for me at the most basic of levels, and then also at the same time the excitement that it brought… for myself to be at the racetrack in such a simple manner, and being around these families and these young drivers that are coming along.

"I could see myself in a lot of them, dreaming big when I was a kid.”

Johnson remains realistic about his goals for 2021, stating, “I don't know if I'll get to 100 percent with the amount of years that I have to give this a try.

“There's still so many things I haven't even experienced yet.

"I've never been on a red tyre [Firestone’s alternate compound with higher grip and lower durability].

"I've just recently had a chance to drive a street circuit tire and understand how much more grip it has versus a traditional road course tire.

“Then you look at the street course tracks, I won't even be able to drive on one until practice, the opening practice session that we have prior to qualifying.”

Johnson noted how much of a help four-time champion Dario Franchitti – driver adviser at Chip Ganassi Racing – and six-time champion teammate Scott Dixon had been as he acclimates to open-wheel racing.

“I am so thankful for Dario and for Scott Dixon, especially Dario and just how thorough he is," he noted.

"The notes that he took from when he was driving, his role that he has now and how involved and focused he is on still collecting notes and passing that information along has been so helpful.

“I'm really thankful to have those two in my corner and really helping me kind of get things going.”