While the initial plan had been for the seven-time NASCAR Cup champion to first sample an IndyCar at the Homestead oval, he and the Chip Ganassi Racing-Honda team elected to run the test on a track at which IndyCar still competes.

It’s anticipated that Johnson, who has a road/street course-only schedule in his maiden season of IndyCar racing, will contest all tracks on the 2022 schedule.

Johnson, who won at Texas Motor Speedway seven times in his NASCAR Cup career, started his seven-hour test at 6am local time in 75F conditions. The test ran until just after 1pm “with a heat index of nearly 100 degrees Fahrenheit” according to the track’s press release.

The 45-year-old said: “To know that I could come here and test and experience it as a driver was important to me. Let’s go to the tough one. It’s one thing by myself.

“I feel like I can control my environment, and I’m very thankful that I’m able to go out here and do it. The way IndyCar has advanced their safety and certainly what the tracks have done to increase the safety, my concerns are much less and that’s why we’re here today.

“Now that my concerns are at a certain point, now it’s time to get in the car and see what my point of view is from there.

“The car drives way different. It’s much more responsive so I’ve found the majority of the day just trying to acclimate to this new environment, one that’s much faster and certainly a bit more sensitive to the inputs that the driver gives to the car.

“But it’s been really nice to be on a familiar track. I know where I am, I know what to do, I know the line around this place, and even down to simple things like knowing where the hotel was last night or knowing how to drive into the tunnel and get into the infield. There’s been some small wins that are nice to have.” 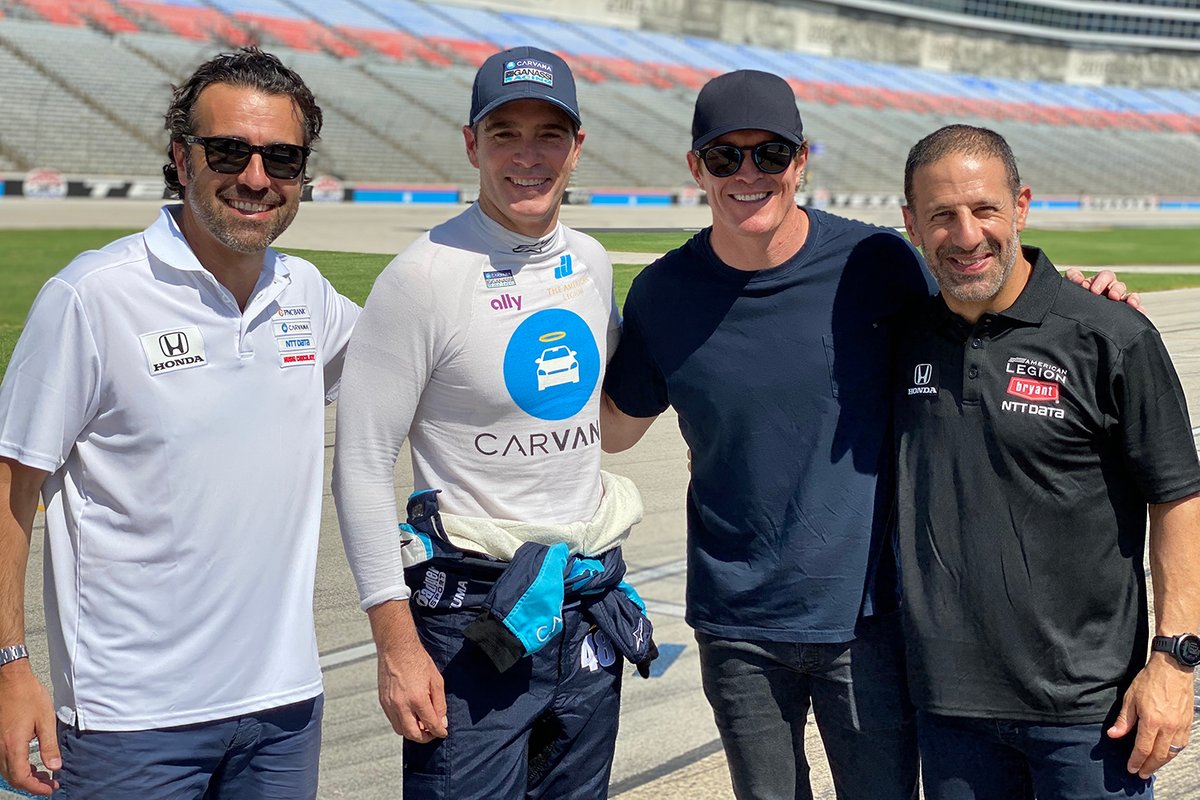 Mid-session, Franchitti commented: “It’s a challenging thing that Jimmie’s doing but so far he’s done very well. Track conditions were a little nicer this morning at 6am when Scott went out and those early runs Jimmie did, but it’s heated up now, and he’s learning a little bit about how the Indycar slides around a bit when it gets hot.

There will be four ovals on the IndyCar schedule in 2022 – Indianapolis Motor Speedway, Texas Motor Speedway, Iowa Speedway and Gateway’s World Wide Technology Raceway – although Johnson and the Ganassi team have yet to confirm his participation in them.