James Hinchcliffe returned to the cockpit for the first time since his Indianapolis 500 practice accident in May, during an IndyCar test at Road America on Monday

The second team test at the circuit, which returns to the calendar next year, was attended by Hinchcliffe's Schmidt Peterson Motorsports, Andretti Autosport with Ryan Hunter-Reay and Marco Andretti, KVSH Racing with Sebastien Bourdais and Dale Coyne Racing with Tristan Vautier.

All eyes were on Canadian Hinchcliffe, four months after suffering a thigh injury on May 18.

"I did, a little bit," he acknowledged of feeling anxious at the start of the day.

"But then I looked down and checked my shoes and remembered that the right one is go and the left one is stop, and then everything was fine.

"A lot of [the recovery] was based on healing. And the doctors, to their credit, left a lot of it in my hands. They don't know how I feel.

"They can tell you that medically speaking everything should be healed, but at the end of the day it really came down to how I was feeling, how I was feeling in the gym and things like that.

"I was honest with myself. I wasn't going to lie just to get back in the car sooner.

"I wanted to make sure that when I got back I was back for good."

"We're going through a lot for Honda, on the aero side, on the engine side, obviously a lot of just chassis-related items as well," Andretti said.

"Just getting through the checklist. Hopefully we have more positive reads than negative." 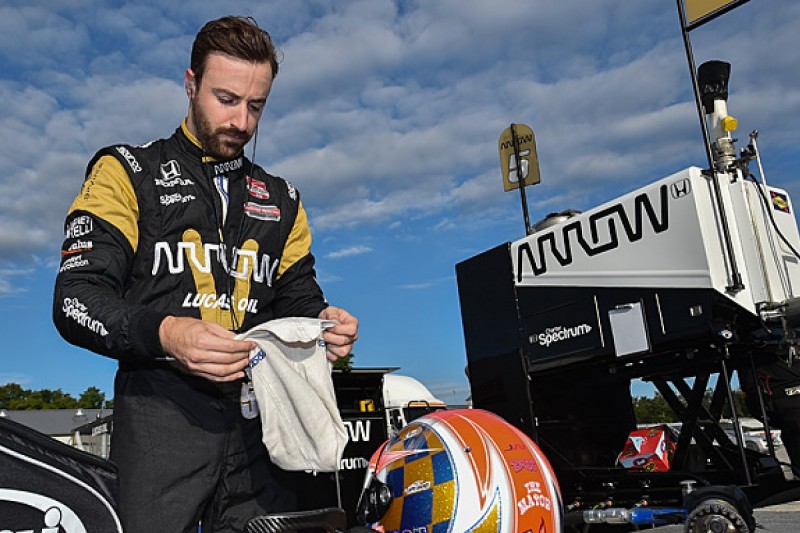