Dixon was leading ahead of Will Power when the pair stopped together on lap 65 at the end of their third stint. Dixon's pit box was directly behind Power's, and Ganassi was able to complete his stop and get him out while Penske was still working on Power's car.

But due to the tight pitlane, Dixon cut through the corner of Power's pit box just as Travis Law, Power's right-rear wheel man, was walking back to the pitwall.

Dixon's car clipped the tyre that Law was carrying, flipping him into the air, while two other Penske crew members were also brought down after being caught by the air hose.

All three escaped injury, and Dixon was issued a drive-through penalty that relegated him to 21st, although he later recovered to 15th.

The penalty prompted outrage from Ganassi, but Barfield is adamant that it was fair.

"You can see the difference between the Target and the Verizon signs on the pitwall, and if you look at that with the #9 [Dixon] car leaving the pitlane you clearly see that he goes right into the pitbox of the #12 [Power] car, and that's where the violation occurred," Barfield said.

"From the overhead, he's actually in the pitbox for the car in front of him by a solid half car-length. So that made it easy for us to make the call.

"You look at risk versus reward; the risk of hurting somebody in pitlane versus gaining a couple of tenths or even a second in pitlane is certainly not worth it, and not something that we're going to look away from and not penalise." 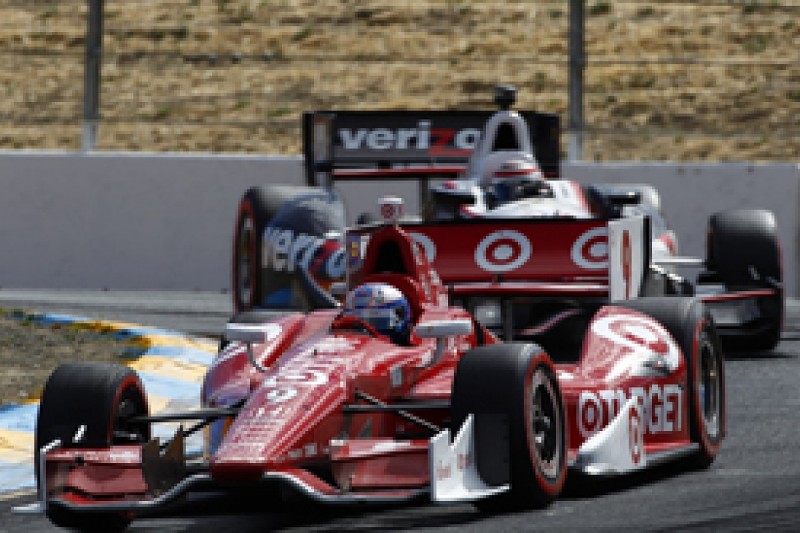 Dixon, whose title hopes were dealt a blow by the incident, remained convinced that Penske had interfered with his stop deliberately.

"It looks like he [the crew member] walked straight into our car," he said. "You could see where the other car in front of us was pitted and he walked into us, on purpose. That's probably the most blatant thing I've seen in a long time."

"Our man who changed the tyre picked the tyre up, [and] was running behind the car. It wasn't that he stuck the tyre out. He didn't leave the tyre on the ground where it could have been in the way.

"I think they're way overplaying this thing as far as I'm concerned. Obviously the #9 car was too close to our crew and had an accident there. The outcome is obvious. So I feel bad for Scott. [But] these are things that are pretty clear in the rule book. If a team member gets hit in the pits, there's a drive-through."

There's nothing like a controversial call in the heat of a championship battle to stoke the emotions, and even those in no position to make judgements were quick to draw conclusions on Sunday.

For those watching at home the situation was made more complicated by the white lines on the pit road, which appear to denote pit boxes, but in fact are actually used by NASCAR, not IndyCar. 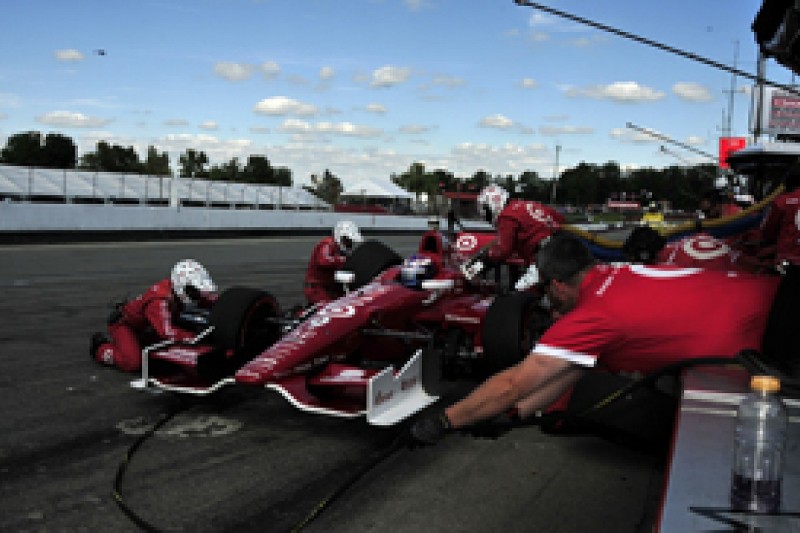 There's no doubt that Dixon cut through Power's pitbox, but the pitlane is so tight that he had no option. The only reason it mattered was that on this occasion there was a guy there.

You'd like to think that gamesmanship between teams does not extend to putting personnel at risk, and while there's no suggestion that Penke deliberately exposed Law to harm, a crew member from a team not involved in the incident told AUTOSPORT that subtle tricks to make life hard for rivals in the pits are standard fare.

If that's the case, it will be interesting to see whether anything changes after this.