Juan Pablo Montoya could prove in IndyCar that he has lost none of his talent, reckons Chip Ganassi Racing general manager Mike Hull

The Colombian has been linked to a return to single-seater racing following the news that he will not be part of Ganassi's NASCAR plans beyond this season.

The Colombian spent his Champ Car career as part of Ganassi's line-up, and retains links with its IndyCar team via the Daytona 24 Hours, for which Ganassi deploys IndyCar personnel to run the cars.

Andretti Autosport has already confirmed that it has made contact with Montoya about 2014, and while Hull made no suggestion that Montoya is in the frame to rejoin his team, he believes that he would be an asset to the series as a whole.

"I think it would be great for our series to have him, and personally I have a lot of time for Juan because I know what he's done and what he is capable of doing in the future as a race driver," Hull told AUTOSPORT.

"We've been very fortunate on the IndyCar side because our IndyCar guys have run Juan as part of the 24-hour race for the last few years.

"He'd be good in an IndyCar, and watching him up close and personal, he's as good as he ever was when he drove an open-wheeler for us the first time."

While he has no concerns about Montoya's ability to be competitive in an IndyCar, Hull does believe that there is a risk that IndyCar would fail to capitalise on his presence.

"I would hope that if Juan has the opportunity to drive an IndyCar again, the people in place are able to help the series by having him in it," he said.

"Quite frankly there is no reason to have people like Juan driving in this series if we can't improve the brand of the series through having him here.

"I think we're missing opportunities with several of the drivers who are in the series now.

"We had a guy [Ryan Hunter-Reay] who has enormous talent who happens to be American win the series [last year], and we need to get to the point where he walks into a restaurant and somebody recognises him. He is the package." 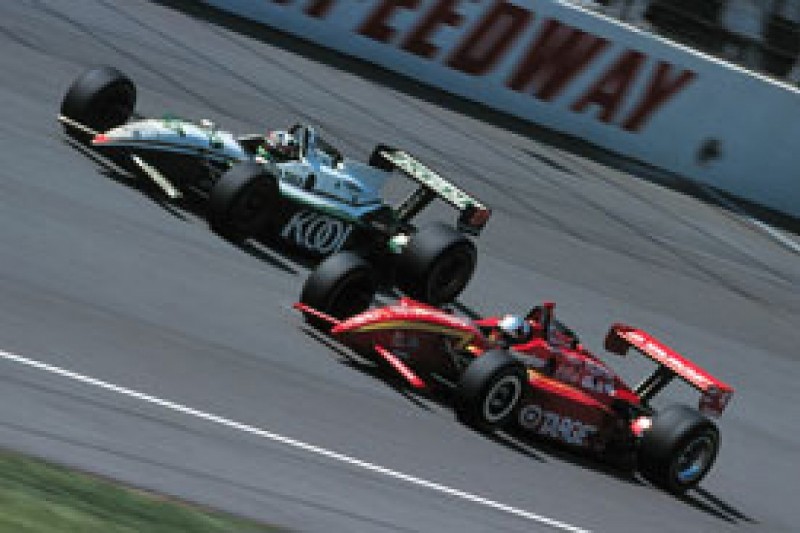 Reigning Formula 3000 champion and already under contract to the Williams Formula 1 team, Montoya was a very hot property when he was loaned to Ganassi's Champ Car team by Williams for 1999 and 2000.

He duly won the championship in his first season, his tally of seven race victories clinching the title in a tie-break with Dario Franchitti.

Ganassi's switch from Honda to Toyota power took time to pay off in the following season and Montoya could only manage ninth in the championship, although he won three races between issues.

But his greatest success that season was to win the Indianapolis 500 at the first attempt, as Ganassi became the first Champ Car team to tackle the then-Indy Racing League's showpiece since the American single-seater split.