Scott Dixon topped the third practice session for the IndyCar season opener at St. Petersburg, beating reigning champion Josef Newgarden by one tenth of a second

The Chip Ganassi Racing driver's time of 1m00.7571s was the first to dip below the 1m01 barrier in the session, and was the only Honda driver to finish in the top five, despite an even split between Honda and Chevrolet powered entrants for much of the session.

All of the times in FP3, which took place in cooler ambient temperatures than Friday's opening pair of sessions, were set on the slower primary black tyre compound.

A late lap from Will Power put him third fastest, behind Penske team-mate Newgarden, while British rookie Jordan King was fourth fastest with a time of 1m01.0321.

King set the fastest time just before the half-hour mark, before Dixon surged to the front, and brought the session to an early end by crashing at the final turn in the closing moments.

Matheus Leist, who headed the opening practice session, was fifth, and caused the other red flag in the session when he was caught out at the tricky Turn 4 after 15 minutes.

Simon Pagenaud was sixth, ahead of Spencer Pigot, who has taken over Ed Carpenter Racing's full-time entry this season. 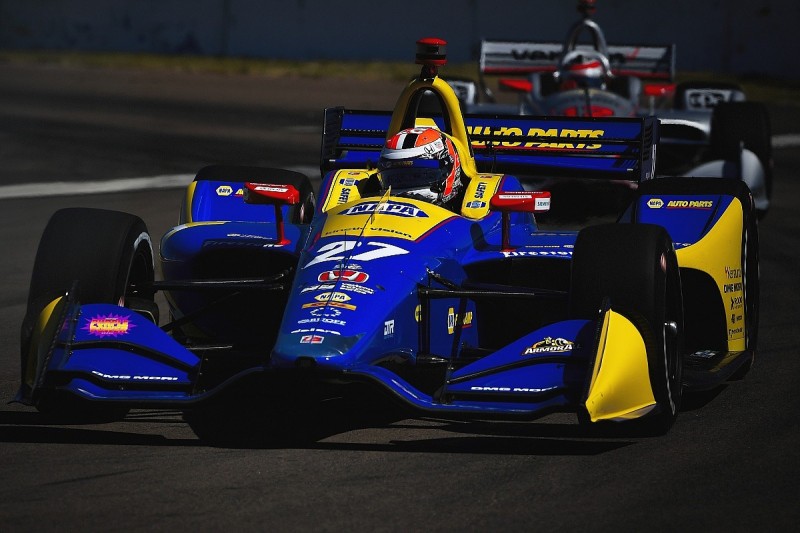 Last year's winner Sebastien Bourdais featured near the top of the times early on but eventually wound up 15th fastest.

Ed Jones, who has switched to Chip Ganassi Racing, was 18th, while Graham Rahal finished one spot behind, the American hampered by traffic on a number of occasions.

20 of the 24 entrants finished within a second of Dixon's best, with Carlin pair Max Chilton and Charlie Kimball, along with newcomers Zachary Claman de Melo and Rene Binder, at the rear.