Marco Andretti topped IndyCar's 'Fast Friday' ahead of the 2018 Indianapolis 500, while Penske impressed most in a session that revealed the likely speeds for this weekend's qualifying

Andretti had earlier topped Wednesday's practice but, in the most representative session of the weekend, set a best lap speed of 231.802mph on Friday.

That lap came with more than five hours of the session left to run and was enough to depose the impressive Schmidt Peterson Motorsports rookie of Robert Wickens and his 231.732mph lap from top spot.

Only Ed Carpenter was able to join the two leaders with a lap over 231mph, with a best effort of 231.066mph.

But in lap times without a tow, it was once again Will Power who demonstrated Penske's underlying pace.

It was enough for Penske to end its running two hours early, and the team helped Chevrolet lock out five of the top six slots in the fastest no tow timesheets.

Power's best lap with a tow was good enough for fifth overall behind Oriol Servia, ahead of his one-off Indy 500 drive.

Sebastien Bourdais was the fourth fastest Honda overall in sixth place, but he was also the quickest Honda-powered driver without a tow.

Returning Penske driver Helio Castroneves was 12th, two places ahead of Newgarden. Pagenaud was 16th overall ahead of Ed Jones in what proved to be a difficult day for Chip Ganassi Racing, with Scott Dixon classified 21st behind ECR's Danica Patrick.

Patrick did set a highly competitive no-tow lap of 228.284mph in her best day of running ahead of her final career race.

Ryan Hunter-Reay suffered a fuel pressure problem early in the day in his Andretti-prepared car and ended the day 23rd ahead of Rahal Letterman Lanigan Racing's Takuma Sato.

His team-mate Graham Rahal topped yesterday's session but was 33rd of 35 cars on Friday afternoon. 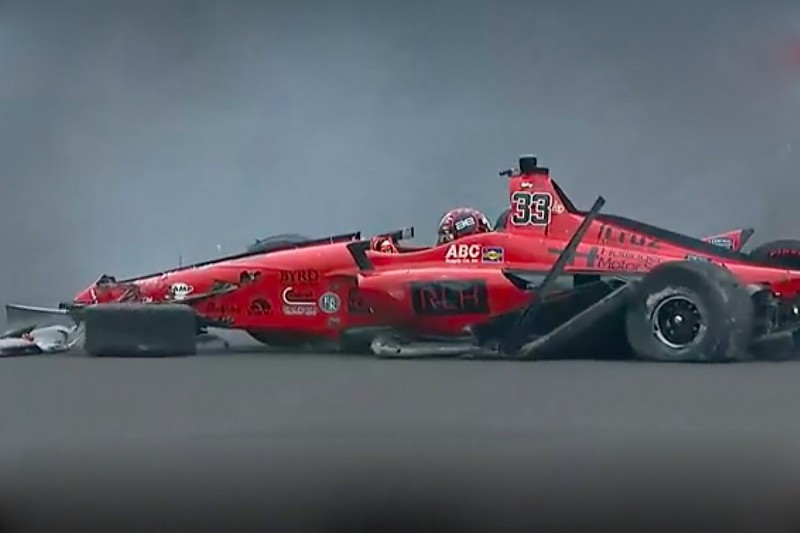 James Davison was the second driver of the week to have a high-speed accident, getting loose through Turn 2 and clouting the outside wall.

When asked what he knew of the accident, he said: "Absolutely nothing, then I was backwards, so that was definitely a new experience for me here around at Indy or driving on ovals in general.

"I guess [I] became one of the drivers to slam the wall at Indianapolis, so joined the club today.

"Obviously, it's not ideal, but we had to try some things.

"We're 32nd quickest [at the time of his crash], right on the bubble and we are not going to go faster just standing there and looking at it, so no regrets there."

The much-heralded Happy Hour featured little running or improvements in the final 60 minutes.