Will Power led Ryan Hunter-Reay and Takuma Sato on the opening day of practice for the 2021 Indianapolis 500, as seven of the nine participating former winners filled the top 12.

Team Penske’s Power, the 2018 Indy 500 winner, set a 226.470mph lap on his 35th of 57 laps around the iconic Indianapolis Motor Speedway to edge 2014 winner Ryan Hunter-Reay in his Andretti Autosport.

Behind them was defending and two-time winner Takuma Sato for Rahal Letterman Lanigan.

Pato O’Ward, IndyCar’s Texas winner for Arrow McLaren SP, made it seven drivers under the 40 seconds barrier with a lap of 225.146mph ahead of 2008 Indy winner and reigning IndyCar champion Scott Dixon for the Chip Ganassi Racing squad.

Other former winners that looked strong were Dixon’s team-mate Tony Kanaan in 11th and Juan Pablo Montoya in the third Arrow McLaren SP in 12th.

In terms of no-tow speeds, Ed Carpenter and one of his team-mates Daly were first and third, split by Dixon, while Daly also owned the best trap speeds at Turns 1 and 3, and the start finish line (239mph). 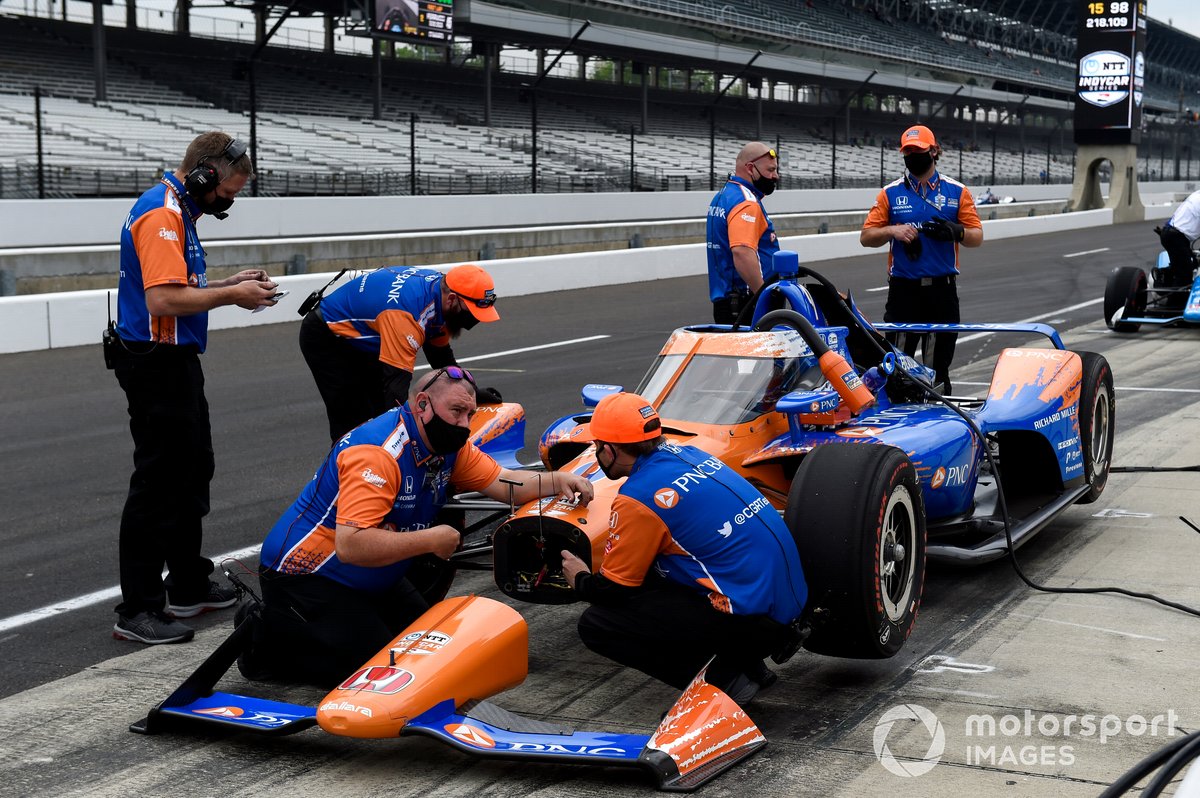 Earlier on the opening day, Graham Rahal topped the first session with a 223.449mph lap, to edge out six-time IndyCar champion Dixon, with rookie Scott McLaughlin heading up the Chevrolet-powered runners in third in the #3 Penske entry.

In the refreshers and rookie session, JR Hildebrand and Stefan Wilson completed their refresher tests without any major issues, but RC Enerson’s Top Gun Racing car suffered a mechanical failure while running his Rookie Orientation Programme.

Practice ahead of the 105th running of the Indy 500 resumes on Wednesday at 12pm local time, weather allowing, although the track will be open at 11am to allow Enerson to finish his Rookie Orientation Programme.